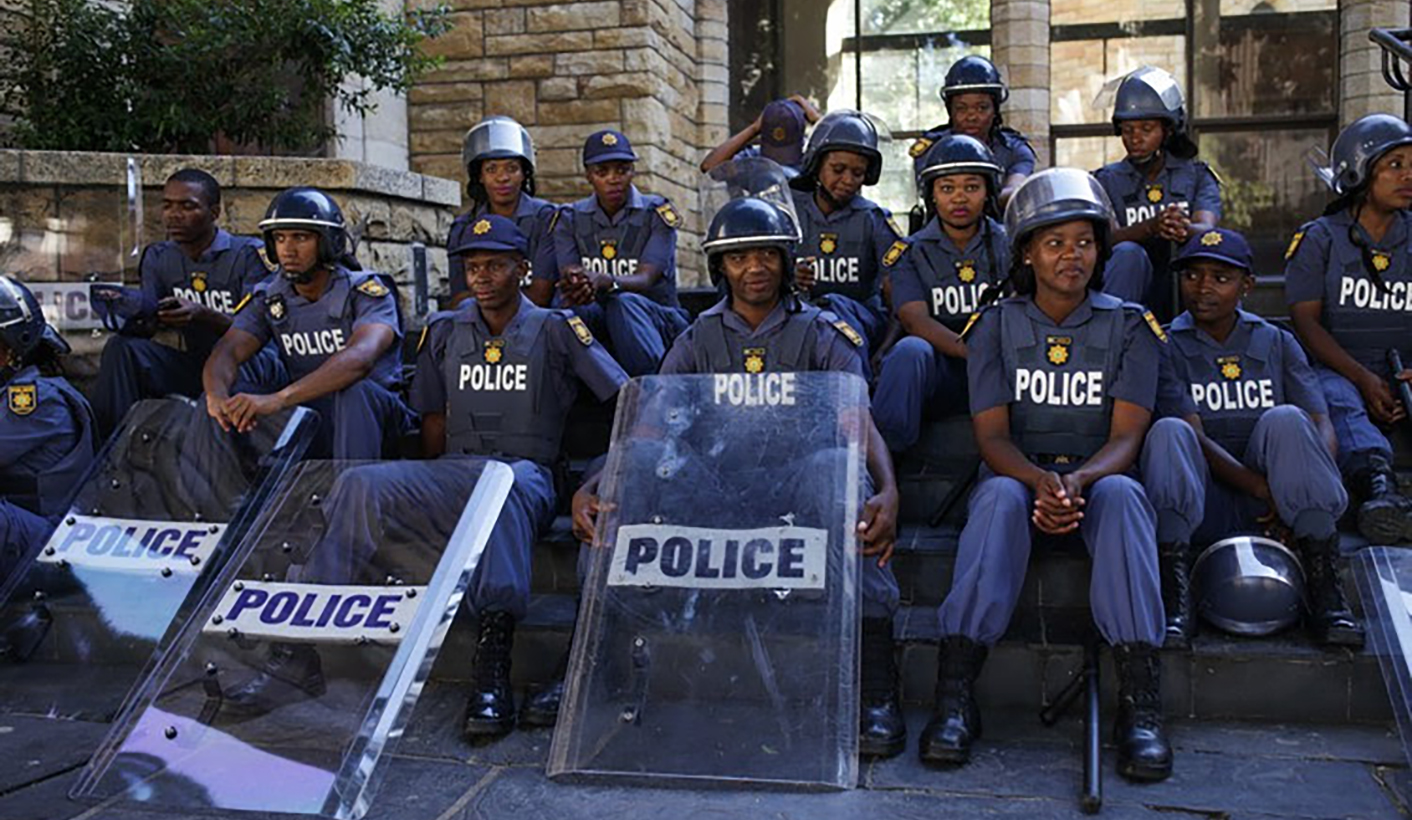 Activists want the court to declare that present system discriminates against poor people. By Safura Abdool Karim for GROUNDUP.

A ground-breaking case on policing goes to the Equality Court in Cape Town on Tuesday. Activist groups want the court to declare that the allocation of police resources in the Western Cape unfairly discriminates against black and poor people.

The case was brought by the Social Justice Coalition (SJC) and Equal Education (EE) against the Minister of Police, the National and Provincial Police Commissioners and the Western Cape MEC for Community Safety in March 2016. The Women’s Legal Centre has joined as a friend of the Court.

In their papers, SJC and EE argue that existing mechanisms to allocate police resources – which they term “a relic of apartheid” – have provided more police officers for wealthier white populations and fewer resources for poor, black populations that experience more crime.

The SJC and EE filed an application under the Act, arguing that the current police resource allocation system unfairly discriminates against certain people on the basis of their race and wealth.

A long-running campaign on police resource allocation by activist groups culminated in the establishment of the Khayelitsha Commission of Inquiry. The commission concluded its work in 2014 and found that the current system was “systematically biased against poor black communities”.

Data released by SAPS during the commission hearings showed that areas with high crime rates had among the lowest police resources in the Western Cape. The commission found that apartheid-era policies and allocation systems were continuing and that the current system was designed to weigh resource allocation in favour of wealthier neighbourhoods and leave poorer, largely black neighbourhoods under-policed. The Commission recommended that SAPS urgently revise the system used to allocate resources. However, according to the SJC, no revision or changes have been implemented in the three years since those recommendations.

SJC and EE are trying to compel SAPS and provincial authorities to remedy the system. They argue that the current system indirectly discriminates on the basis of race and poverty and is a “consequence of apartheid’s legacy of overlapping lines of race, poverty and geography”.

In order for their case to succeed, the SJC and EE need:

The SJC and EE argue that since police stations in poorer black areas face higher rates of crime but have lower police-to-population ratios than rich, white areas, this causes inefficient and ineffective policing. This means that poor black people are less safe and their right to dignity, life and freedom from violence is threatened. This also means that poor black areas receive an “inferior service” compared to wealthier neighbourhoods. This “inferior service” is considered to be a practice that constitutes unfair discrimination under the Act.

If the court agrees with these arguments, it will be up to the Ministers and Commissioners to show that the discrimination perpetrated by the allocation system is not unfair.

They say that race is not a variable used to determine how resources are allocated. The allocation process, they argue, is not racially discriminatory in itself but is “implemented in a social environment that is racialised” due to apartheid spatial planning. In fact, they argue, the allocation process is designed to counter the effects of apartheid spatial planning. The Minister and Commissioners also argue that the court does not need to order them to re-evaluate the process because it is revised and reviewed on a regular basis. Finally, the Minister and Commissioners argue that the analysis of allocation done by SJC is based on a number of misconceptions and incorrect assumptions which are technical in nature.

The SJC and EE are asking the court to declare that the system SAPS uses to determine allocation discriminates against people based on their race and lack of wealth. They also want an order to compel government officials to re-evaluate the provincial and national plans and, if necessary, redraft or amend them under the supervision of the court and with input from the public.

The Minister and Commissioners, however, are arguing that the order SJC and EE want would infringe the separation of powers because allocation of resources is a technical and scientific policy exercise, not a legal one.

The case was initially set to be heard in August this year but was delayed. It will now be up to the courts to determine whether SAPS has done enough to improve policing resource allocation in poor areas and, if not, what should be done.

Court papers for this application have been made available here. DM

Photo: Is the allocation of police to South Africa’s suburbs done unfairly? This is the question the Equality Court must answer this week. Photo: Ashraf Hendricks