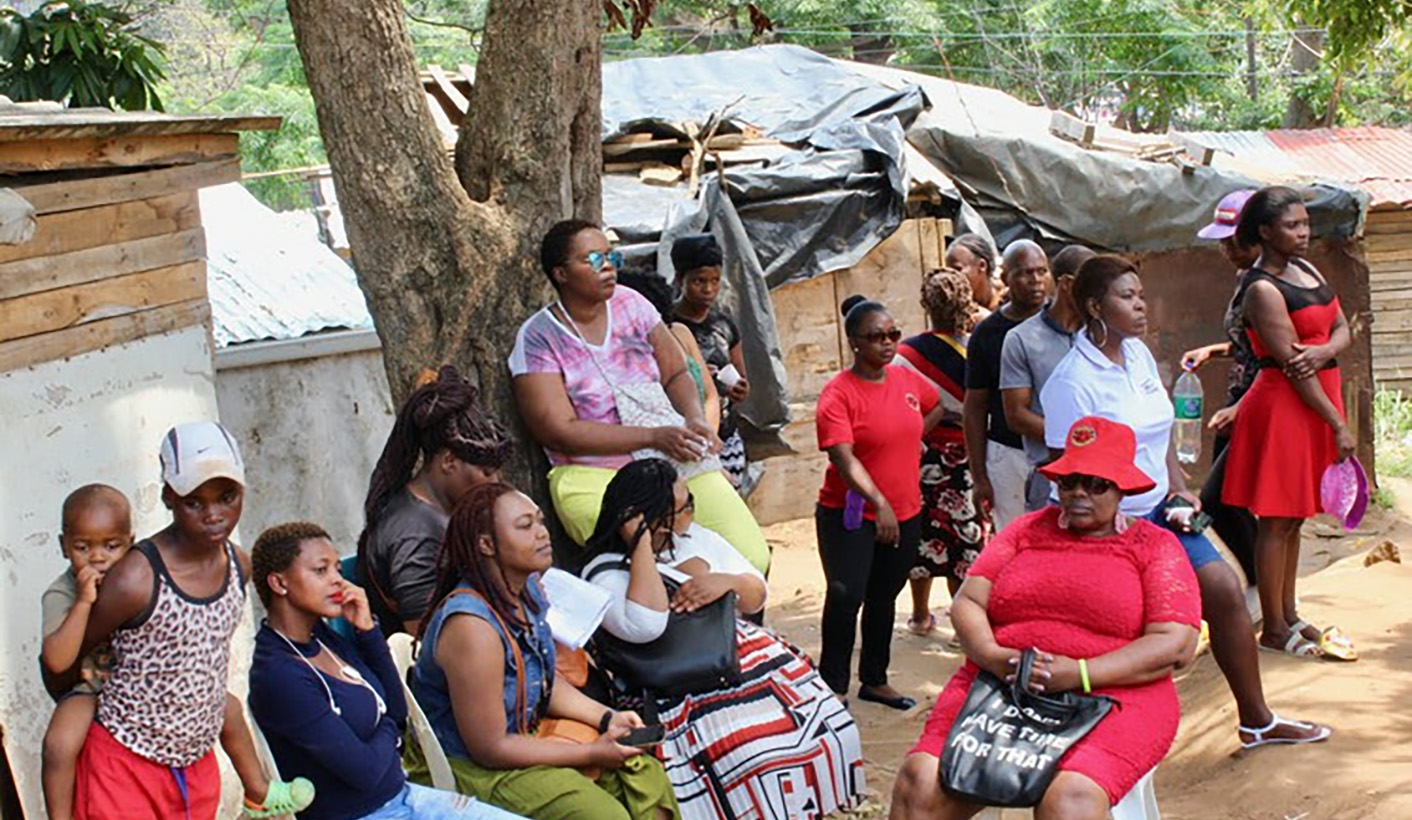 Scathing criticism of Durban Municipality for not responding adequately to the Foreman Road fire. By Nomfundo Xolo for GROUNDUP.

“Those people have nothing left. They have no money and no documents. The least the municipality could have done was to bring mobile services to the people so that they can reclaim their lives again, but they were instead treated inhumanely.”

Zukiswa Qezo, an organiser with the Social Justice Coalition (SJC), was speaking in Foreman Road, the scene of a shack fire on 12 November that killed a toddler and left hundreds of people homeless.

Qezo was addressing activist organisations gathered for three days in a solidarity visit to Durban this week. The meeting was hosted by shack dweller movement Abahlali baseMjondolo, which has been fighting for the rights of shack dwellers in Durban against difficult odds for many years. The question that brought them together was how to tackle the challenges faced by marginalised communities and social activists.

Qezo, who is based in Cape Town, said it was shocking to see the contrast in responses between the Cape Town and Durban authorities. “Two weeks after the fire … there was no evidence that they (Durban) had a caring municipality … It is normal procedure to provide help in the form of material, food, health services as well as any other assistance from (the Department of) Social Development,” she said. “I felt angered because I know we (activists) could have been able to go and demand these services for them. It is their human right.

“Young children writing exams lost their IDs, birth certificates and uniforms. People lost all their belongings, and government is just sitting and doing nothing. Even the tent they sleep in is not habitable; it is damp, dark and unsafe. I don’t understand why they are so ignored. Where is the government?” asked Qezo.

Nkosikhona Swaartbooi of Ndifuna Ukwazi said, “We’re here to implement solidarity. Capitalists and political parties are united, but civil society is scattered… There is a lot that we can achieve by coming together… and confronting these forces.”

Axolile Notywala of the SJC said: “We’re here to say that shack dwellers in Durban are not alone in the struggle against spatial inequalities, land evictions and for better housing.”

Noncedo Madubedube of Equal Education said: “We have established a network and now need a solid plan for solidarity actions outside conversations and conferences. We also want to leave the communities we visited feeling like there’s other parts of the country that are fighting for the same things.”

A resident in Cato Manor, Lindela Xhobisa, shared her experience of evictions in the past few years. “When we started this land struggle, we moved from one jungle to another. We occupied spaces and reclaimed land that belonged to us, but many times we have been attacked by the ruling party and sometimes manipulated by oppositions for their own political games, and not for our benefit. We have had to evacuate places because they were owned by a businessman. It’s been a daily struggle because of everything we have we have had to fight for, and sadly many lives have been lost too.”

The organisations agreed to work together to resist evictions, and share information and educational resources. They committed to working towards a socialist agenda.

Further visits and plans to create an umbrella organisation will continue. DM