By-Election preview: All eyes on the big contest in Metsimaholo, Free State 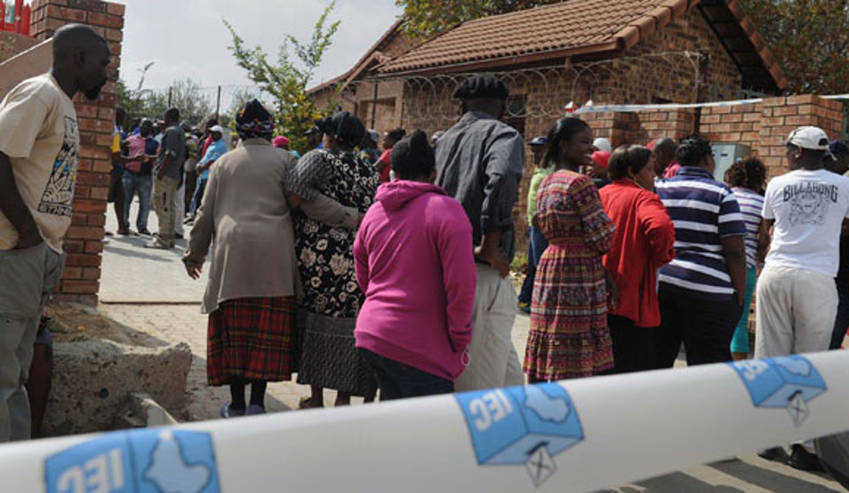 A significant by-election will take place in Metsimaholo on Wednesday. For one thing, the SACP have decided to go it alone in this by-election – standing against the ANC. By WAYNE SUSSMAN.

While South Africans were transfixed on the results of the metros in early August 2016, it soon emerged that the ANC not only ran the risk of losing power in Nelson Mandela Bay, Tshwane, Johannesburg and Ekurhuleni, but also in smaller municipalities in Limpopo, Free State and the North West. One of those municipalities was Metsimaholo in the Free State. I flagged Metsimaholo as a municipality to watch when the ANC won less than 60% of the vote in the national elections in 2014. I remember visiting Zamdela next to Sasolburg just before the election, and seeing some buzz about a local party, the Metsimaholo Community Association (MCA). This was also a municipality where the Economic Freedom Fighters (EFF) seemed to be denting the ANC in its stronghold areas.

The ANC finished as the biggest party here but fell three seats short of an outright majority, winning 19/42 seats.

It was always clear that the DA would get the backing of the VF+. The EFF would eventually give their outside support to the opposition. Sello Hlasa of the MCA knew that he did not have the numbers to get the ANC over the line, and did a deal with the other opposition parties. Although only winning two seats, he would be the new Mayor of Metsimaholo. His party formed a coalition with the DA and the VF+, and the EFF voted for him to form the new government in Metsimaholo.

It was a rocky and short-lived marriage. Hlasa’s coalition partners found him to be more loyal to the ANC, then the coalition in general and his own party in particular. His party could not oust him, and the rudderless coalition failed to pass a budget. The municipality was dissolved and new elections were called.

Where on the map?

Metsimaholo has a strong attachment to the Vaal. It is in the Free State, and its largest town is Sasolburg, which includes the township of Zamdela. It also includes Deneysville which is near the Vaal Dam and the village of Oranjeville.

There are 15 parties contesting this by-election. These include little known parties such as Uniting People First, who seeks to be the voice for traditional healers and the LGBTI community. There is also Power of African Unity, a party lead by a former Congress of the People (Cope) activist. They are not the most talked about electoral newcomers in this by election. The South African Communist Party (SACP) have decided to go it alone in this by election, and will be standing against the ANC instead of with the ANC. The SACP has long threatened to do so, and Wednesday will be an opportunity for us to see how much attraction the SACP holds for this particular electorate. They have campaigned hard here and will aim to hold the balance of power when the new council gets formed.

Another party which could fancy its chances of entering the council is the Forum 4 Service Delivery (F4SD), a party with roots in North West. They got 23% of the vote in a crowded field in a by-election earlier in the year in Ward 12. Their candidate was the incumbent councillor who defected from the ANC. They also carried one of the voting districts.

I don’t see any other party having a chance of entering the council.

The party which will struggle the most in this election should be the MCA. There was much internal squabbling in the party, and besides getting the endorsement from former ANC MP Makhosi Khoza, the party will struggle to hold on to its two seats.

The ANC received 40,491 votes here in 2016. The ANC received more than 14,000 votes ahead of the next biggest party in Metsimaholo in 2016. The ANC will hope to neuter the SACP, and get former ANC voters who supported the EFF and the MCA in 2016 back to the ANC. If the ANC were to win Metsimaholo outright, Ace Magashule would have the double delight of putting the rebellious SACP in its place and raising his profile for the party’s elective conference in December. The ANC also needs to ensure that its supporters have the same kind of enthusiasm as the DA supporters did in 2016.

The DA ran up the numbers in their strongholds in 2016. In places like Sasolburg North, Vaal Park and Barrage they got their supporters to the polls and won their strongholds by a far greater margin than the ANC won theirs. The DA will also want to ensure that more conservative voters stick with the DA on Wednesday and do not give their vote to the VF+. At the same time, the DA would prefer to work with the VF+ then the hammer and sickle of the SACP.

The EFF have had a torrid few months on the by-election front. There have been very few by-elections in areas where they have significant pockets of support. They are finally contesting on more favourable terrain. They got over 30% of the votes in two wards in 2016, and will put a lot of energy in Ward 3 (Refengkgotso Deneysville) where they got 795 votes to the ANC’s 1,172. They need to finish the year on a by-election here, and them keeping the ANC under 50% and maintaining or increasing their allocation of seats on the council can help achieve that.

The VF+ only has one seat on the council. They will be concerned about the prospects of the SACP and the solid showing of the F4SD in the by-election in the municipality earlier in the year. They know they are vulnerable, but they also know that they have a path to growth with aggrieved DA voters.

The most vulnerable wards are held by the ANC.

There are three other by-elections on Wednesday. The ANC will defend an ultra safe in the rural Eastern Cape in the Nyandeni municipality (Libode). On paper, the DA are defending the safest seat of the night, in the City of Cape Town in Brackenfell and Kraaifontein. The challenge for the DA is that the incumbent is a political veteran who is relatively well known, and resigned from the DA and then defected to the conservative CAPE Party. The most exciting of the by-elections beyond Metsimaholo on Wednesday is in Kwazulu-Natal in uMlalazi (Eshowe). This is a competitive seat where the ANC got 57% to the IFP’s 40%. This is the last by-election in KZN this year and a win here by the Inkatha Freedom Party (IFP) could be a nice Christmas present for the soon-to-be-retiring Mangosuthu Buthelezi. DM

Photo: Hundreds of people queue to take part in the 2014 general elections in Diepsloot. (Photo: GCIS)