Op-Ed: Will South Africa Come to the Rescue of Zimbabwe? Don’t Hold Your Breath 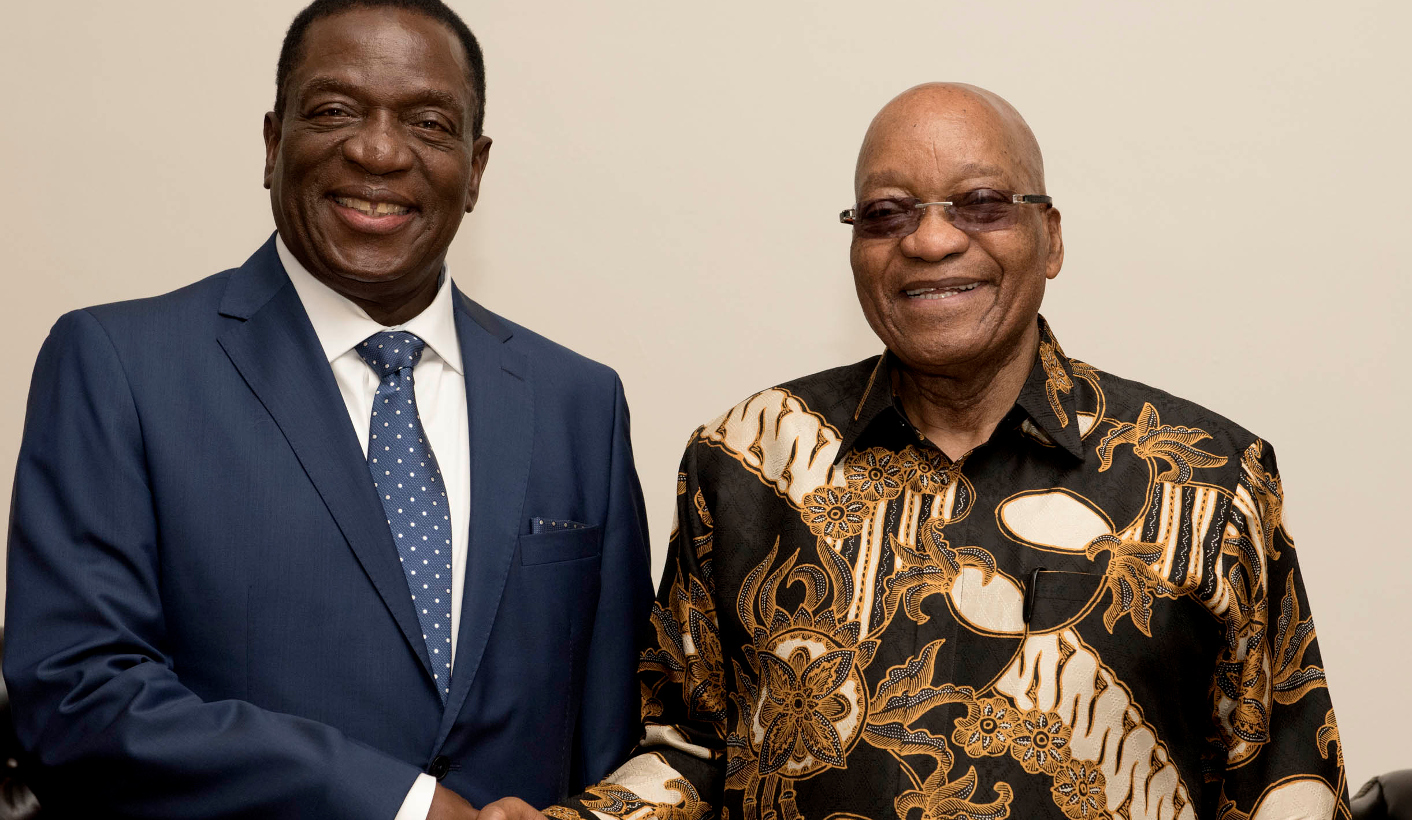 South Africa’s muddled role in championing good governance and peacekeeping on the continent holds little promise of being the beacon of light. By JOHN FILITZ.

In attempting to understand the potential role the South African government can play in Zimbabwe, it is instructive to reflect on South Africa’s foreign policy positions in the post-democratic struggle period.

Since the end of apartheid in 1994, South Africa has to define its foreign policy position on human rights on the continent and abroad.

The key question that faced the newly elected ANC government was how would it distinguish itself from its apartheid predecessor’s legacy? This within the specific context of significant and disproportionate military-led destabilization campaigns in southern African countries at the height of the Cold War.

For the country’s first post-apartheid democratically elected president, President Nelson Mandela, the answer was clear, in a 1993 Op-Ed in Foreign Affairs he stated:

“South Africa’s future foreign relations will be based on our belief that human rights should be the core concern of international relations, and we are ready to play a role in fostering peace and prosperity in the world we share with the community of nations.”

His successor President Thabo Mbeki, too took the internationalist human rights position in an iconic 1998 Helsinki address calling for an African Renaissance, stating:

“When we speak of South Africa’s own reflection of the African Renaissance and her participation in the struggle to realise that Renaissance, we speak precisely of the effort to achieve the objectives we have sought to explain. These represent a break with the recent African past of military coups d’état and one-party states, the seeming inability to address conflicting interests within states by peaceful means, a permanent state of underdevelopment for the majority and the enrichment of the few, in many instances by corrupt means, dependence on donor assistance and the marginalisation of the entire continent of Africa on the periphery of a world in the throes of rapid development.”

In the years that followed, the South African government led by Thabo Mbeki (1999-2008) had adopted a deafening silence on several contentious human rights issues. These issues included Robert Mugabe autocratic rule in Zimbabwe, the gross human rights violations and electoral fraud which followed in that country.

Instead Mbeki opted for position of “quiet diplomacy”. The position of quiet diplomacy can be seen as rooted in internal dynamics of South African politics, as well as the history of the anti-apartheid struggle. At the time sharp criticism was levelled at the quiet diplomacy approach as ineffectual, and complicit in its support for the Mugabe regime.

In monitoring and observing of elections and in the mediating of electoral disputes, South Africa too has a chequered legacy. In 2008 with Thabo Mbeki as Chair of the Southern African Development Community, it failed to enforce the election results that would have seen Mugabe losing power. Mbeki mediated as SADC Chair, and called for a second round run-off.

Leading up to the proposed run-off, Mugabe and his security establishment orchestrated a campaign of violence, forcing the withdrawal of opposition candidate Morgan Tsvangirai, leaving Mugabe as the sole candidate in the race, ensuring his re-election.

Given the unfolding crisis in Zimbabwe can it play a meaningful role in mediating the political stand-off and possible outbreak of violence?

Although South Africa’s role as peacekeeper on the continent is valued, particularly its efforts in the United Nations Force Intervention Brigade in the DRC, far more could be done. According to critics however, the South African military and its peacekeeping budget are significantly underfunded, and often struggle to meet UN serviceability standards.

Ranking as the 8th largest (2015) contributor to peacekeeping on the continent in spite of being home to Africa’s second largest economy, I argue is reflective of the malaise in South Africa’s foreign policy establishment and the drift that occurred since the promise of the Mandela era.

For South Africa to meet its continental peacekeeping and conflict resolution obligations will require a revisiting of its founding foreign policy ideals as articulated by Presidents Mandela and Mbeki in the 1990s. It must also include a shift to decisive leadership by the South African government, capacitating its military for sustained efforts in peacekeeping on the continent.

Given that the current South African administration led by President Jacob Zuma is Chair of SADC, once again in a time of crisis in Zimbabwe, there is no better place to start, but don’t hold your breath.

A fiercely contested leadership battle is scheduled for December 2017, which will effectively see a politically weakened Zuma relinquish his role as party leader, but remain in office until 2019. The crisis of leadership is only expected to become more protracted in the dying days of the Zuma administration, further drawing into question South Africa’s sorely needed leadership in an increasingly unstable continent. DM