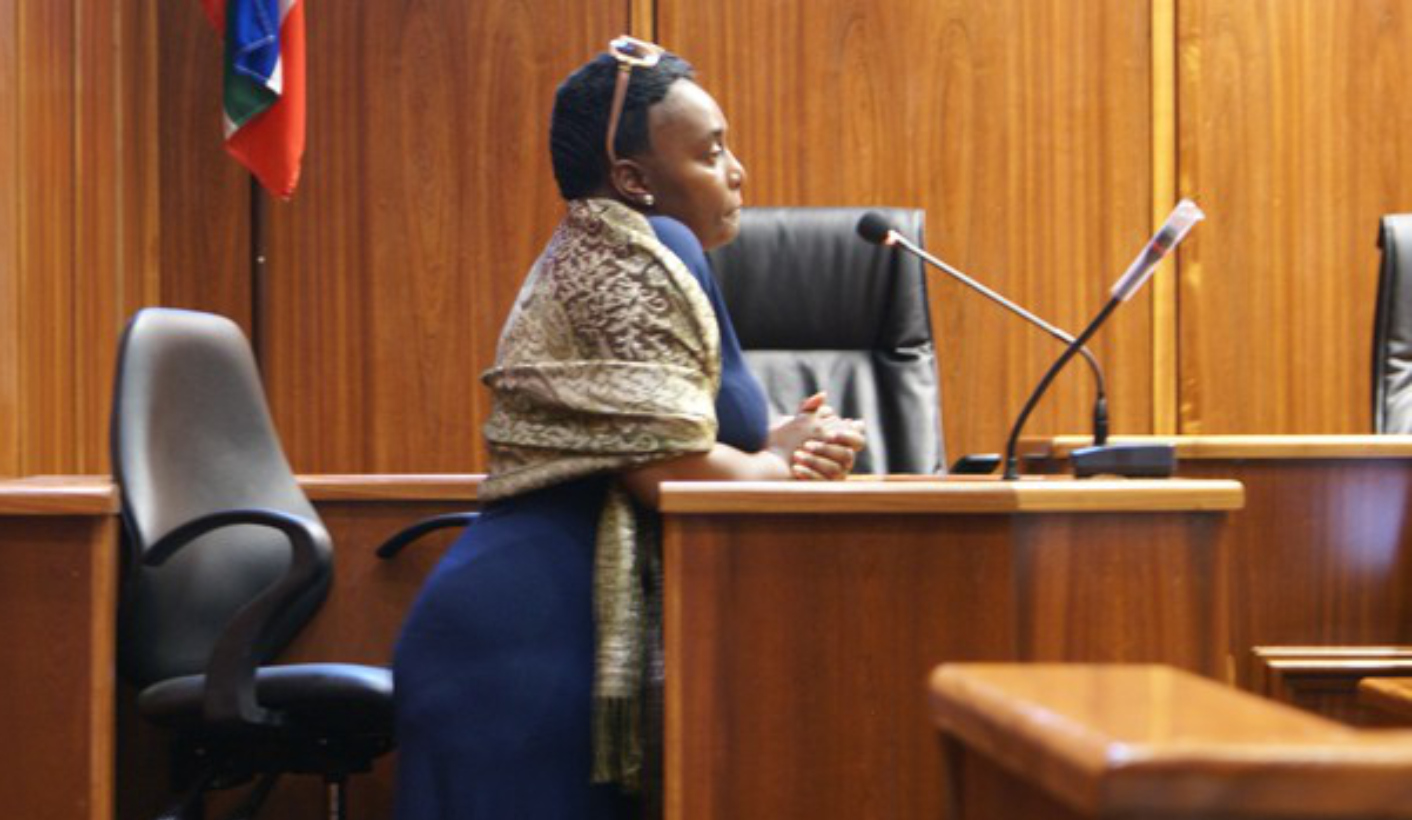 Department of Education contests that it could have fixed dilapidated toilets. By Ciaran Ryan for GROUNDUP.

There were gasps from the gallery when the Limpopo Department of Social Development’s Reina Molapo told the High Court that the state had been willing to offer a “pauper’s burial” to Michael Komape. Five-year-old Michael drowned in a pit latrine at his school near Polokwane in 2014.

The family is suing the government, arguing that negligence on the part of the Department of Education resulted in Michael’s death.

The picture painted by members of the family last week was of a provincial administration indifferent to the scale of the tragedy it had suffered. Members of the Komape family conceded in the Polokwane High Court that there had been some financial and other assistance from the state, but not nearly enough given the extent of the harm they had suffered following Michael’s death.

Molapo, sensing that her reference to a “pauper’s burial” for Michael hadn’t gone down too well, quickly added that it was a decent and dignified burial. “There’s nothing wrong with it,” she told the court.

The offer of a pauper’s burial was made after Molapo ascertained that the family did not have money for the funeral of their child.

Michael’s mother, Rosina Komape, told Molapo to shelve plans for the pauper’s burial, as a local undertaking firm had volunteered to take care of the funeral and its expenses.

From the beginning of the trial last week there were disputes as to whether or not the state offered any assistance to the grief-stricken family. Counsel for the State, Simon Phaswane, promised to bring witnesses who would testify to the fact that the state had indeed offered counselling services and assistance with the funeral expenses.

Earlier on Thursday the family wrapped up its case, and it was the turn of the state to start calling witnesses.

Molapo was first into the box for the state. She is a supervisor with the Limpopo Department of Social Development, and testified that she made two visits to the Komape house in Chebeng Village outside Polokwane in the days after Michael’s death. The first was a debriefing and the second was for counselling. The state claimed that Social Development made a total of at least five visits to the family for counselling, a point hotly disputed by counsel for the family, Vincent Maleka.

It was SECTION27, the public interest law firm representing the family, that arranged for the family to receive counselling. Maleka pointed to the psychological assessment done with four members of the family and said there was no evidence that the Department of Social Development had conducted any counselling.

A second witness from Social Development was Zanele Hlungwani, who testified that she had made a number of visits to the Komape house for “psychosocial” counselling, which she explained was a type of therapy aimed at helping clients solve their immediate problems. Under cross-examination, she told the court that the family was already seeing a psychologist.

“So there would have been no further need for your involvement,” said Maleka.

The third witness for the state was Freddie Mabidi, a financial administrator for the Limpopo Department of Education. He was brought in to refute earlier testimony from SECTION27 budget analyst Daniel McLaren. McLaren’s testimony essentially made the point that the department had sufficient funds to attend to the kind of dilapidated school toilet that claimed Michael’s life.

McLaren had pointed to financial statements issued by the department showing under-spending on certain projects. Mabidi pointed out that in 2011 the department had been placed under Section 100 administration – business rescue for errant government departments – and that all purchases had been frozen. From an accounting point of view, expenditure had been incurred but not actually paid out. This is because the department works on a cash-based system, reflecting a transaction only once it was paid.

Mabidi contradicted McLaren’s testimony that emergencies can be covered by reallocating unspent funds and digging into the provincial and national contingency funds. Mabidi said this was very difficult to achieve in practice. Funds set aside for infrastructure, which would include toilet upgrades, were ring-fenced and could not be used for other purposes. Funds not actually spent in any one year had to be returned to the revenue fund at the end of the year, and a new motivation made to release unspent funds from the prior year.

Maleka said he intended to cross-examine Mabidi on his testimony, much of which was contradicted by a media statement put out by Treasury when the department was placed under Section 100 administration.

The case continues on Friday. DM

Photo: Reina Molapo, a supervisor with the Limpopo Department of Social Development, testifies for the state in the High Court in Polokwane on Thursday. Photo: Ciaran Ryan