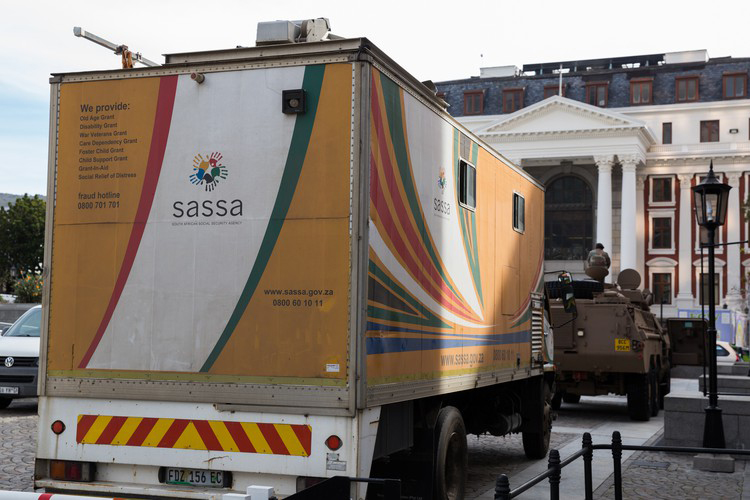 Deadline reached for SASSA to make deal with Post Office. By Barbara Maregele for GROUNDUP.

On Tuesday, Jeff Radebe, chairperson of the Interministerial Committee (IMC) on Comprehensive Social Security, announced that the deal between the two state entities would be finalised subject to its cost effectiveness.

A panel of experts reports to the Constitutional Court on progress with the handover of the grants payment system to a new provider. It has been operating since June. SASSA has been instructed by the court to find a new service provider to pay social grants. Currently the grants are paid by Cash Paymaster Services (CPS), a subsidiary of Net1.

Earlier this week, because of the delays finding a new service provider, the panel of experts proposed that the Constitutional Court “as a last resort” might have to again suspend the invalidity of the contract between the SASSA CPS.

SASSA’s five-year contract with CPS, which began in February 2012, was declared invalid by the Constitutional Court in 2014. The Court suspended the invalidity so that grants could continue being paid until SASSA was meant to take over the payments in April 2017.

But the Court was forced to step in again when SASSA failed to meet its own deadline to institutionalise the payment system. On 17 March, the Court ruled that the suspension of the invalid contract be extended until March 2018. It also ordered the appointment of the panel of experts to monitor the process.

On 8 December, SASSA is meant to submit its detailed “contingency plan” on whether completely phasing out CPS by 1 April next year is possible.

The panel was scathing in its first report to the Court on 15 September. It highlighted how SASSA had “repeatedly failed to provide timeous access to information”, preventing the panel from adequately doing its work. It also warned that “SASSA does not yet have a visible plan to manage CPS’s exit from the current system”.

In the second report to the Court on 20 November, the panel recommended that the declaration of invalidity of the CPS contract be suspended again but this time only for social grant cash payments. It suggested that the revised suspension be for six months to ensure uninterrupted grant payments in areas where alternative payment facilities are not within five kilometres from where beneficiaries live.

“CPS must … submit a reasonable costing requirement to National Treasury, payable by SASSA, which will provide the actual cost recovery of the services rendered. [It should] exclude any cost of investments already covered by Net1 on its biometric and payment technology for services rendered during this period,” the report stated.

The panel said this should only be granted if “no other solutions can be found” and solely in order to allow the key institutions needed, including the Reserve Bank and National Treasury, enough time to discuss and agree on a “national solution to an urgent problem”.

This follows the panel’s suggestion that SASSA pay grants directly from its bank account into the personal commercial bank accounts of beneficiaries. This would be at a “fraction of the cost” compared to cash payment points, it said.

The panel said that of the approximately 16 million social grant-related transactions per month, 79% were processed through South Africa’s “efficient and secure” National Payment System.

“The right of access to social assistance should not require the state to provide a variety of payment options simply because beneficiaries might find that convenient. Doing so significantly increases costs,” the report stated. This means that each pay point needs to have at least three times the amount of cash available because there is no way of knowing which payment option the beneficiary will use.

The panel also cautioned the state that its plan for the Post Office to form the core of the payment system “carries the systemic risk of again being locked into a single service provider”. It also found that there was “no justifiable need” for SASSA to have biometric recognition for proof of life.

It also suggested that the court instruct the National Treasury to investigate SASSA employees and officials of the Department of Social Development for “all actions undertaken since 2016 to issue contracts to service providers to determine whether there has been any malpractices of obstruction.” The panel also said that SASSA’s repeated failure to take action and implement the court’s order would make it “virtually impossible” to have a smooth transition next year. DM

15 September 2017: Panel released its first report, which is scathing of SASSA

20 November 2017: Panel released its second report, recommending that declaration of invalidity be suspended again so that CPS can continue with cash payments

Photo: A Panel of Experts has recommended that National Treasury investigate SASSA employees and officials of the Department of Social Development. Photo: Ashraf Hendricks