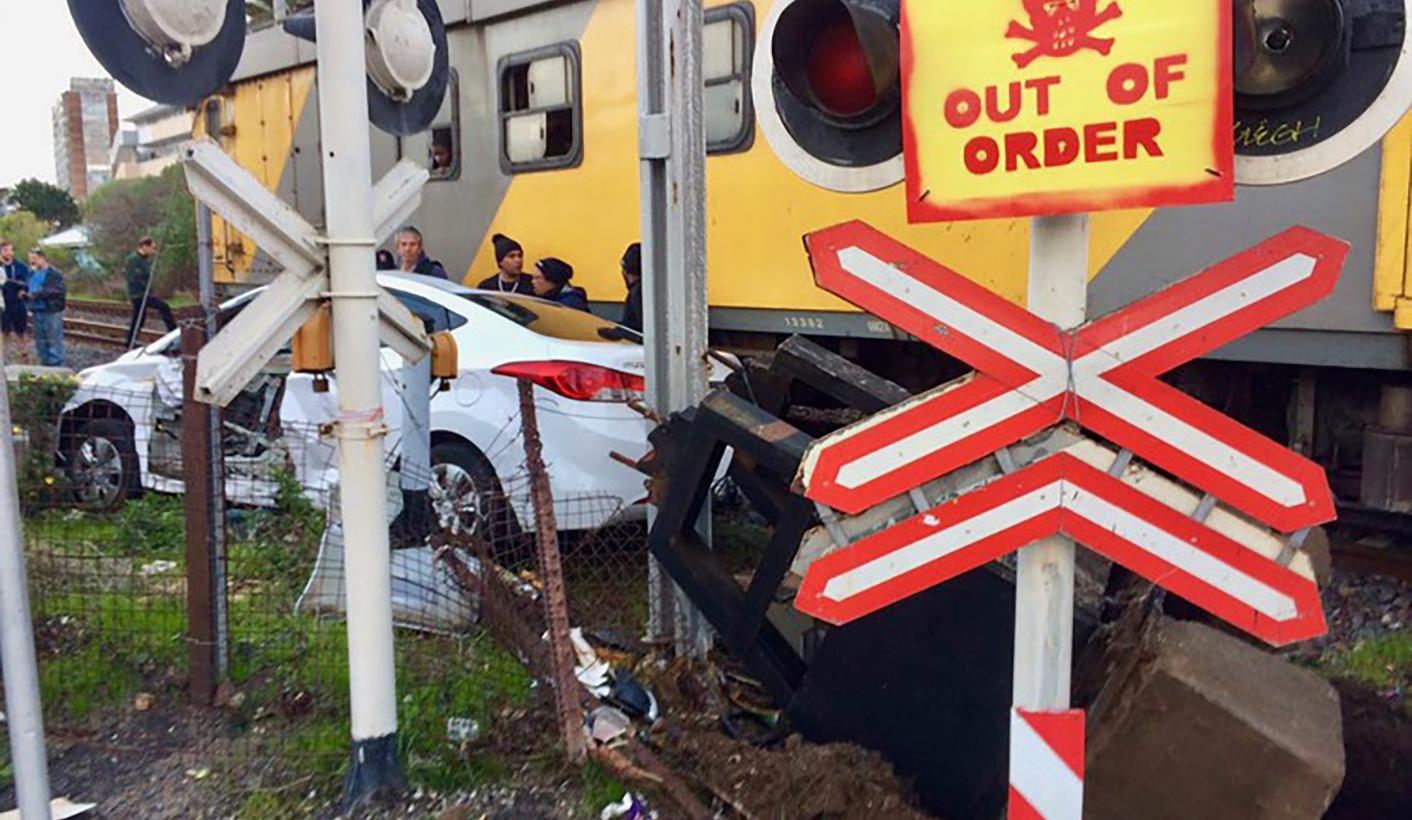 There are not enough security personnel to manage overcrowded trains and platform safety. By Laura Bratton for GROUNDUP.

According to the State of Safety Report released in Johannesburg on Monday by the Railway Safety Regulator (RSR) “operational occurrences” remain above 4,000 per year. Operational occurrences are accidents that “happen resulting from unsafe or system faults within railway operations”. These include collisions, derailments, electric shocks, leakages and explosions, and operational train fires.

In these accidents 495 people died and there were 2,095 injuries reported. Over half the injuries and 44% of fatalities occurred in Gauteng. The Western Cape had the second highest numbers of fatalities and injuries. Of the 4,066 incidents, 45% were reported by the Passenger Rail Agency of South Africa (Prasa) and 52% by Transnet.

Trains struck 642 people on running lines; 412 of these incidents were fatal. In the Western Cape, most people struck by trains were in Nyanga.

“The declared direct costs of occurrences and incidents increased from R889-million to R961-million during this reporting period,” states the report. There were 16 deaths and 525 injuries, up from 4 deaths and 466 injuries in the prior year. Over half the deaths were attributed to “personal safety” in and outside station platforms.

The report said 169 firearms and 7,592kg of cables (valued at over R1-million) were found by the RRP.

The RRP made about 19,000 arrests; most were for illegal rail crossings and entering the train without a valid ticket.

“All the reports indicate that there are not enough security personnel to manage overcrowding of trains and to secure platform safety. At most stations the RRP officers are deployed outside the station and only a few PRASA Officers are on the platforms. This makes it very difficult to prevent people from entering the station illegally, as well as to ensure safe boarding and alighting when trains arrive. There is also inadequate protection for train drivers who are threatened and intimidated by commuters,” stated the report.

To deal with this, the regulator is developing the Regulation on Security Management measures. The RSR can deny, suspend or revoke an operator’s “security management certificate” if it does not meet the criteria of the regulation.

Madelein Williams, spokesperson for RSR, said the regulations will be made available for public comment for a period of 60 days. It is the first regulation related to security measures developed by the RSR since its establishment in 2002. DM

Photo: Archive image of an accident near Muizenberg, Cape Town. Warning signs made by residents can be seen in the foreground. Photo: Wesley Evans