The Gathering: The World According to Gordhan

The Gathering: The World According to Gordhan 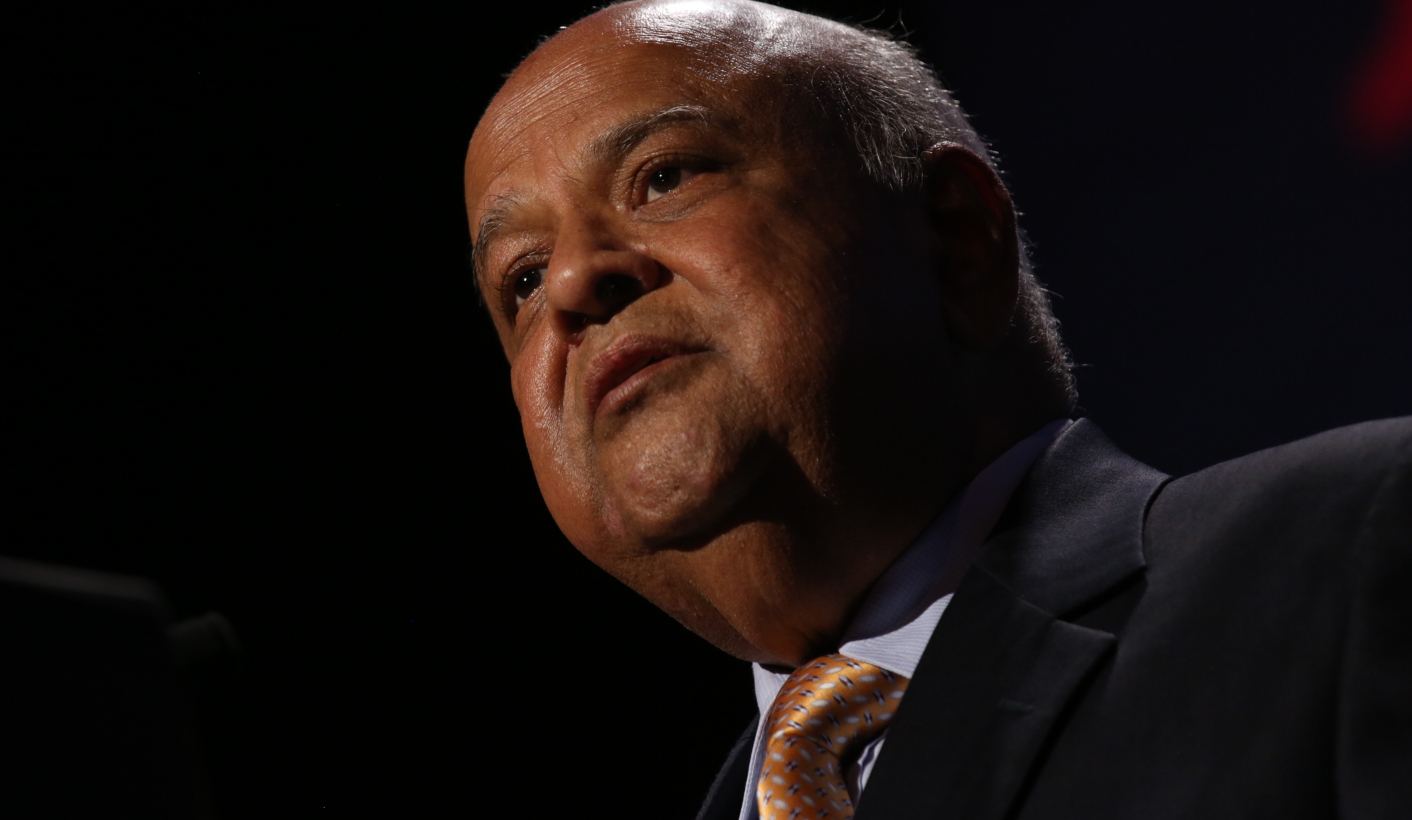 South Africa is at a crisis point which we’ve analysed to death. We need fresh eyes and fresh leadership, says Pravin Gordhan, and there’s no doubt who he is supporting. By MARELISE VAN DER MERWE.

The political equivalent of the Beatles meeting the Rolling Stones. That was how Stephen Grootes described the presence of Pravin Gordhan and Jacques Pauw in the same room. But Gordhan brought his usual matter-of-fact, decidedly un-rock ‘n’ roll manner to the stage, calmly fielding questions and – besides the odd jibe at the DA – refusing to be drawn on the juicier questions.

The world according to Gordhan:

But first, the question on everybody’s minds: What’s going to happen in December? Gordhan was clearly anticipating the question, because he pre-empted it. Yes, the National Conference would go ahead according to plan; yes, he was anticipating a fair fight.

“Essentially, we will have a contest as part of a democratic process,” he said. “There is a fair contest going on – sometimes a little unfair, for the support of the branches and delegates that will go to those branches. [But] the conference will happen [and] there will be a clean contest.”

And, he added, there’s the question of “what it will take to move from a vicious to virtuous cycle”.

“Shenanigans,” he conceded, “are always possible. We’ll always get up to some shenanigans or other. The question is whether there is enough resilience to ensure a democratic process unfolds.” (You have to hand it to him. If public service becomes untenable, he can become an oracle. He has cryptic yet wise answers down to an art form.)

There’s one other thing to consider, he pointed out. South Africa is facing another possible ratings downgrade on Friday. If we are granted a reprieve, the outcome of the conference may determine the future outlook. For this reason, said Gordhan, the leadership race is a “critical contest”.

The crisis assessment was not as dire as one might expect. Gordhan describes himself – perhaps bizarrely, considering the year he’s had – as “an optimistic guy”, and, like former Zimbabwean Finance Minister Tendai Biti before him, was upbeat about the existing democratic systems in South Africa. Portfolio committees and Parliament in particular have been coming into their own, he said, calling for “a bit of enthusiasm” for the fact that “people you are paying, including me, are at last doing their work, holding people to account”.

He praised, also, general consensus on how issues should be approached. Perhaps the real “optimistic guy” was revealed, however, in his focus on the “enormous courage” it took to hold corruption to account, rather than on why it took such courage: threats Gordhan himself named, such as bribery, harassment, intimidation and violence, or blatant dishonesty.

He had extensive praise for the courage of those holding corrupt individuals to account.

That said, he didn’t mince words when it came to those he believed were obfuscating the truth. “I don’t know,” he said, “how the Minister of Finance [Malusi Gigaba] can say that [Michael] Sachs merely asked for a transfer [from Treasury], so don’t worry. A transfer means you are leaving the Treasury.”

When it came to a frank assessment of our economy, the immediate outlook was grim. “The reality is that people are generally risk averse,” Gordhan pointed out. “There will be no investment of a serious order until January or February next year [2018], unless we create the right kind of climate.

“Even within the existing ANC policy framework, we need to do things differently.”

He called for a policy overview in the areas of agriculture, manufacturing and tourism, for starters. Growth, he argued, could not occur until new ideas were generated in these areas. He did not specify what these might be.

“We require new leadership,” he said.

And who might this new leadership be, come December?

Gordhan would not be drawn on who he did not support and, more interestingly, why. But he had extensive comment on his vision for a South Africa under Cyril Ramaphosa, who was not present at The Gathering.

“The current leadership has failed us,” said Gordhan. “Its preoccupation has been how to fill certain people’s bank accounts, local or foreign, or how to get certain people who might become difficult out of the way… The priority is not you [the public].”

In Gordhan’s view, South Africa under Ramaphosa would avert “the danger of reversal” or regression. It would, reading between the lines, solve the question of how to tackle the crisis he mentioned at the start of his address.

Gordhan called for seeking opportunity to provide growth “not in the top 10 percent, but in the bottom 50 percent” – and to do so “with a greater unity of purpose”.

He further called – like many of the speakers both at The Gathering in Johannesburg and The Gathering, Media Edition in August 2017 – for a more active role by civil society. “It must be intensified for South Africa to reach its full potential,” he said. “The key elements of this plan must be to take a new approach to the creation of jobs.”

He added: “Many of you will say, ‘We have heard this before’… [But] we have to keep trying. We cannot afford to have six million young people walking around SA without any possibility of a job or a future. If you want a different South Africa, we all need to contribute ideas.” Even if otherwise unemployed young people could get one year of experience, that would be profoundly helpful, he noted.

Next, he called for a new approach to agriculture and land, which would enable greater growth for new black farmers.

Overall, he said, a paradigm shift was essential. “We must demonstrate solidarity that is palpable to 55-million people.”

The essential change was embracing inclusive growth, beyond lip service, he said. First step: creating demand with disposable income. “If we continue to suppress wages and benefits for workers, where will the demand come from? We have to find solutions for those problems.”

Challenged by an EFF member on the floor, who brought up the seven pillars of the EFF manifesto, an unruffled Gordhan thanked him for presenting the manifesto and added: “The one thing that is missing is the means of production.”

For growth to be sustainable, he emphasised, it had to tackle inequality and inspire investor confidence. There must be a very different approach to black business development as well, he said, although he did not provide extensive detail.

“There must be confidence for growth to happen… [But] part of the growth and change process leading to inclusive growth must also be to recognise that we still have serious structural problems inherited from our past.

“The vast majority of South Africans have no assets in their name. This is hard for the middle class sitting here to envision.” Most South Africans hand only poverty to their children as inheritance, he said. “If you have any conscience at all, you have to start thinking differently about not reinforcing that problem.” DM