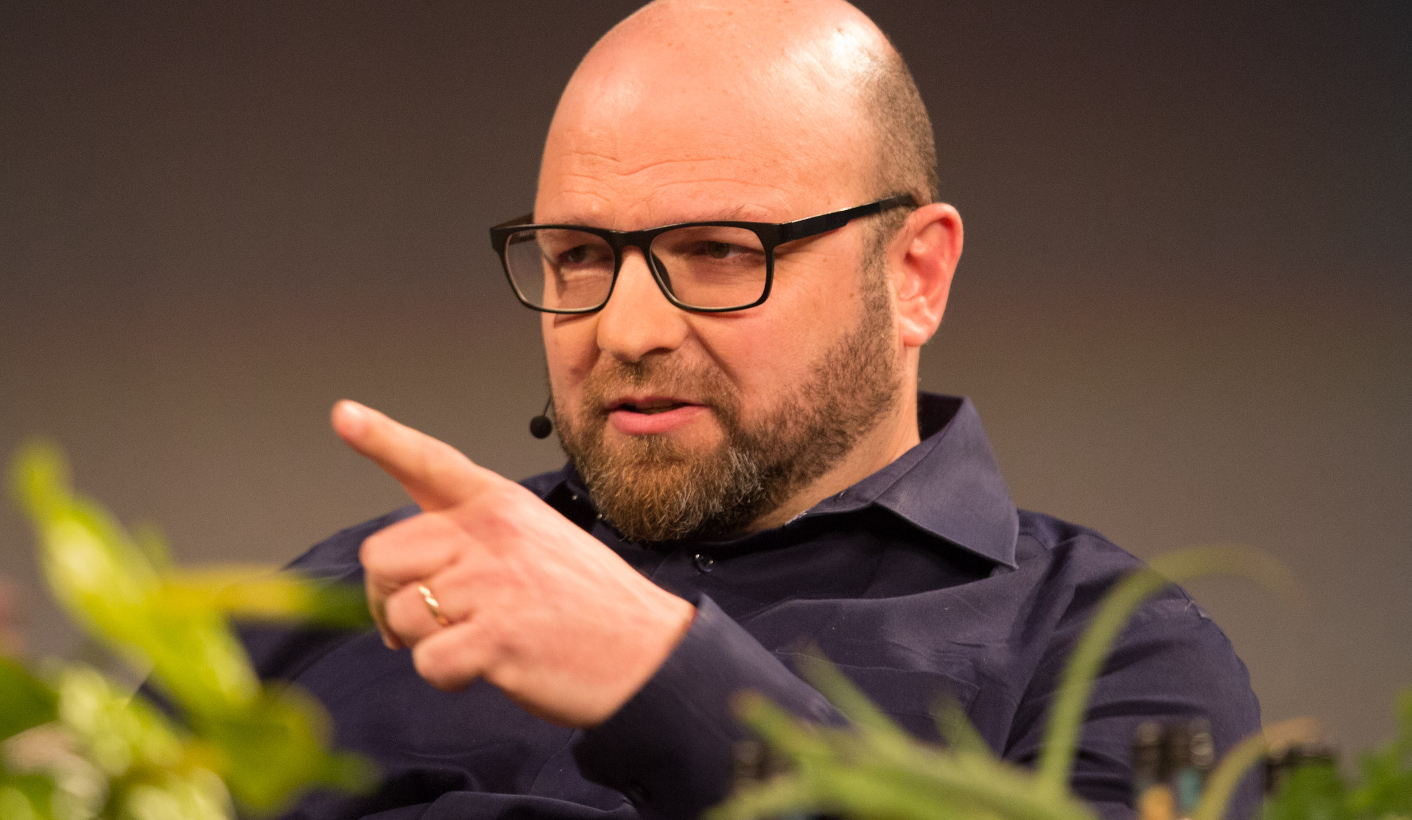 “The tragedy of democratic South Africa is not that we are worse than anyone else,” Andrew Feinstein told The Gathering. “It is the speed and enthusiasm with which we adopted the very tawdry global norms of politics.”

By “norms”, Feinstein was referring to the corruption infecting politics and trade worldwide: from overt forms of graft like bribe-paying, to more subtle forms like tax avoidance. Ten percent of global GDP today is held in tax havens offshore, Feinstein pointed out, with as much as 30% of Africa’s wealth offshore. Up to $2,6-trillion is paid in bribes annually: the equivalent of 2% of the world’s GDP.

Corruption, then, is a global problem. But the “stark truth”, as Feinstein put it, is that countries like South Africa cannot economically withstand the effects of corruption as robustly as the developed world.

Andrew Feinstein knows a thing or two about South African corruption. As one of the original whistle-blowers on the now infamous Arms Deal, his disappointment with how the ANC failed to deal with the scandal caused him to quit the party and take up a job in London, where he still lives. The Arms Deal paid for weapons, Feinstein reminded the audience, which South Africa “never really needed” and in some cases have never used. It was money which could have been spent supplying anti-retroviral drugs to save patients’ lives at a time when former President Thabo Mbeki’s Aids denialism was in full swing.

Reflecting on the current-day ANC, Feinstein said: “The organisation is unrecognisable to me from the ANC I identified with in the ’80s and served as an MP in the ’90s”.

While the contemporary rot in the ANC may have found its roots in the Arms Deal, Feinstein warned that worse could lie ahead.

“The current nuclear deal will make the Arms Deal seem like small change, both in the scale of its corruption and its corrosive impact on our democracy,” Feinstein suggested. “The last two people on the planet one would want negotiating such a deal are Messrs Vladimir Putin and Jacob Zuma.”

Feinstein questioned, in fact, why South Africa was even considering getting Russia to build and run nuclear power stations.

“Have we forgotten the nuclear catastrophe of Chernobyl?” he asked.

The activist described the ANC’s December electoral congress as the ruling party’s “final opportunity” to prove to the nation that they placed the priorities of the population ahead of patronage. Feinstein recalled that when he was serving in the ANC’s parliamentary caucus during the presidency of Nelson Mandela, Mandela would frequently remind the MPs that they were in their positions to “serve the people who, after all, pay their salaries”.

All over the world, Feinstein suggested, there is evidence of ordinary people beginning to rebel against a system which clearly profits the few over the many, and in which elected representatives are failing to authentically reflect the voices of the people. This year sees us in an interregnum between the heyday of neoliberal economics and a future which is not quite clear.

In the US, Feinstein pointed out, a relatively unknown senator from Vermont – Bernie Sanders – secured 13-million votes in the Democratic Party’s primary elections. In the UK, a man who has primarily been an anti-war activist rather than a politician – Jeremy Corbyn – won 40% of the votes in the last general election, the greatest political increase in support for one party since the end of World War ll.

These are signs of the growing fissures in the system, Feinstein suggested.

Moderator Marianne Thamm put the question to Feinstein: in a country like South Africa, what can ordinary citizens do to make their discontent known?

“Take to the streets,” Feinstein replied, citing the “remarkable” example of the Treatment Active Campaign as an instance from recent history in which civil society took on government and won.

Feinstein also suggested that South African should “start thinking about” withholding tax money if they have a reasonable expectation that it would be put to ill use. Misspending taxes, said Feinstein, is theft of the worst kind: “A betrayal of the privilege and honour of serving the people of this extraordinary country.”

He said he was reassured by the state of investigative journalism in South Africa, which he described as among the best in the world.

Though Feinstein currently still calls London his home – he says his work on global corruption would be far harder to undertake from South Africa – he expects to be a frequent visitor to his native country for the next while. In February 2018, Feinstein will return to give evidence on the Arms Deal at a People’s Tribunal. DM