Zimbabwe: Ecstatic Zimbabweans let out a sigh of relief as Mugabe finally resigns 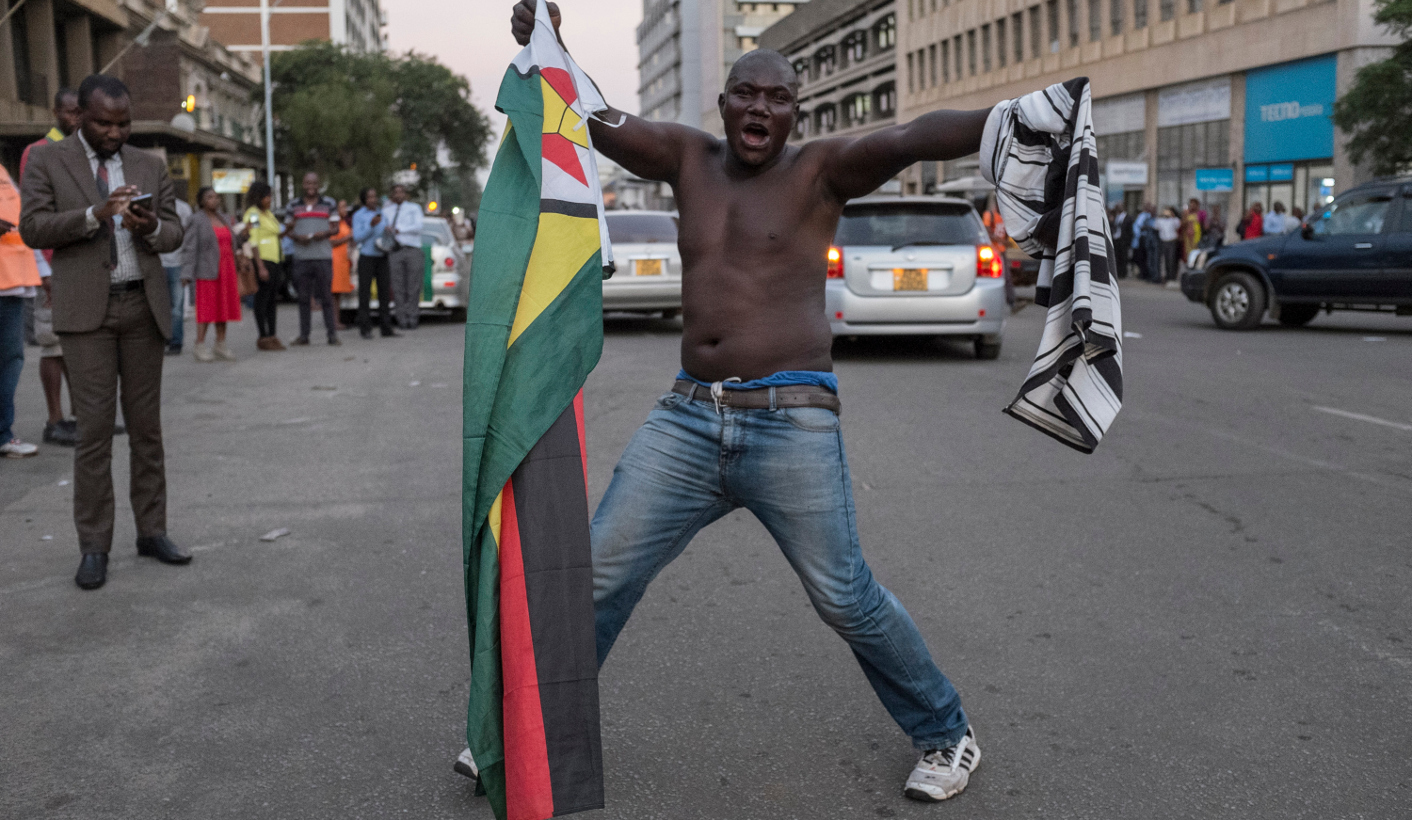 Zimbabweans on Tuesday celebrated the end of the President Robert Mugabe era, as he finally threw in the towel and tendered his resignation. The country has known no other leader since it emerged from the former Rhodesia on its independence in 1980, with the 93-year-old Mugabe having been at the helm of the southern African country for the past 37 years. Zimbabweans celebrated long into the night on hearing the news. By SALLY NYAKANYANGA.

The members of Zimbabwe’s National Assembly broke out in spontaneous cheering and clapping as the speaker of the house, Advocate Jacob Mudenda, read Robert Mugabe’s resignation letter that had been handed to him by Justice Minister Happyton Bonyongwe and Cyber Security Minister Patrick Chinamasa.

On the streets of Harare, Bulawayo and Johannesburg, Zimbabweans poured out onto the streets and shouted and jumped with joy as motorists tooted their horns.

Beauty Muchemwa, a war veteran, danced and hugged everyone around her when she heard the news. She was among the group of war veterans who were demonstrating on Tuesday having vowed not to leave the streets until the ageing leader left.

“I’m so happy because this is what we fought for and now I can be with my children who left the country in search of opportunities,” Muchemwa said.

Photo: A man holds up a Zimbabwean flag as people flock onto the streets of Harare. Photo: Daily Maverick

Another war veteran, Maxman Rushambwa, says he still has respect for Mugabe but felt he had lost the plot when he allowed his wife to interfere in governance issues.

“We are happy Mugabe resigned peacefully, he has been our leader and icon as war veterans of the country. But he lost it when he allowed his wife and Kudzai Chipanga, the youth leader, to destroy our party,” said Rushambwa.

Simbarashe Kambara, 25, from the high density suburb of Kuwandzana in Harare, sees Mugabe’s resignation as an opportunity.

“I now have hope that I can be employed some day and be able to take care of my needs. I am hoping the new president will bring change and address our plight,” Kambara added.

Canfred Pambuka, the National Co-ordinator of the National Constitutional Assembly (NCA), believes this is an historic event that is ushering Zimbabwe into a new era.

“A new era for the country indeed. We believe there are chances the economy can improve but we still have a long way on the political side as I don’t see any difference between former Vice President Emmerson Mnangagwa and Mugabe,” Pambuka said, adding that Mnangagwa would not do better as he had been mentored by Mugabe himself.

Father Edward Ndete from Zimbabwe Catholic Bishops said there was no way Mugabe was going to defend himself with all the accusations against him during impeachment proceedings. “He had no choice but to cover his face, something he should have done after the solidarity March on Saturday by Zimbabweans across the country,” Ndete said.

Photo: Some Zimbabweans were so overcome with emotion they simply had to lay down in the middle of the road. Photo: Daily Maverick

Ndete warned Zimbabweans to exercise caution as the army was in control. “We have set a precedent that for the president to go the army has to intervene. It is not a simplistic matter, hence the need to work hard towards transforming the system to be people-centred and not serving individuals,” Ndete urged.

Ndete said Mnangagwa had learnt that the people can revolt and this might make him act differently from his mentor Mugabe. “He has three things to work on; that is the economy, constitutionalism and respect for life,” Ndete said.

Photo: A man brought his young son to enjoy the electric atmosphere outside the Zimbabwean parliament. Photo: Daily Maverick

Professor Andrew Manyawu from Midlands State University felt relieved by Mugabe’s resignation. “I left my job in Lesotho in 2013 to come and work at a university in Zimbabwe. For a long time now I have been regretting why I came back as the economy after 2013 … and I have even been unable to access my own money,” he said.

He added that Zimbabweans must decide what kind of a nation they want to become from here.

“Abaya” (he has gone), “Tazorora” (we can rest now), “Zvabhadhara” (it has paid off) and “Zvapera” (it’s done) have become popular statements in the country as Mugabe exits the governance scene, paving the way for a new leadership. It is still to be seen whether the new leadership will serve the good of the citizens or whether they are no better than their predecessors. DM

Photo: A man takes his shirt off during celebrations in Harare, Zimbabwe. Photo: Daily Maverick