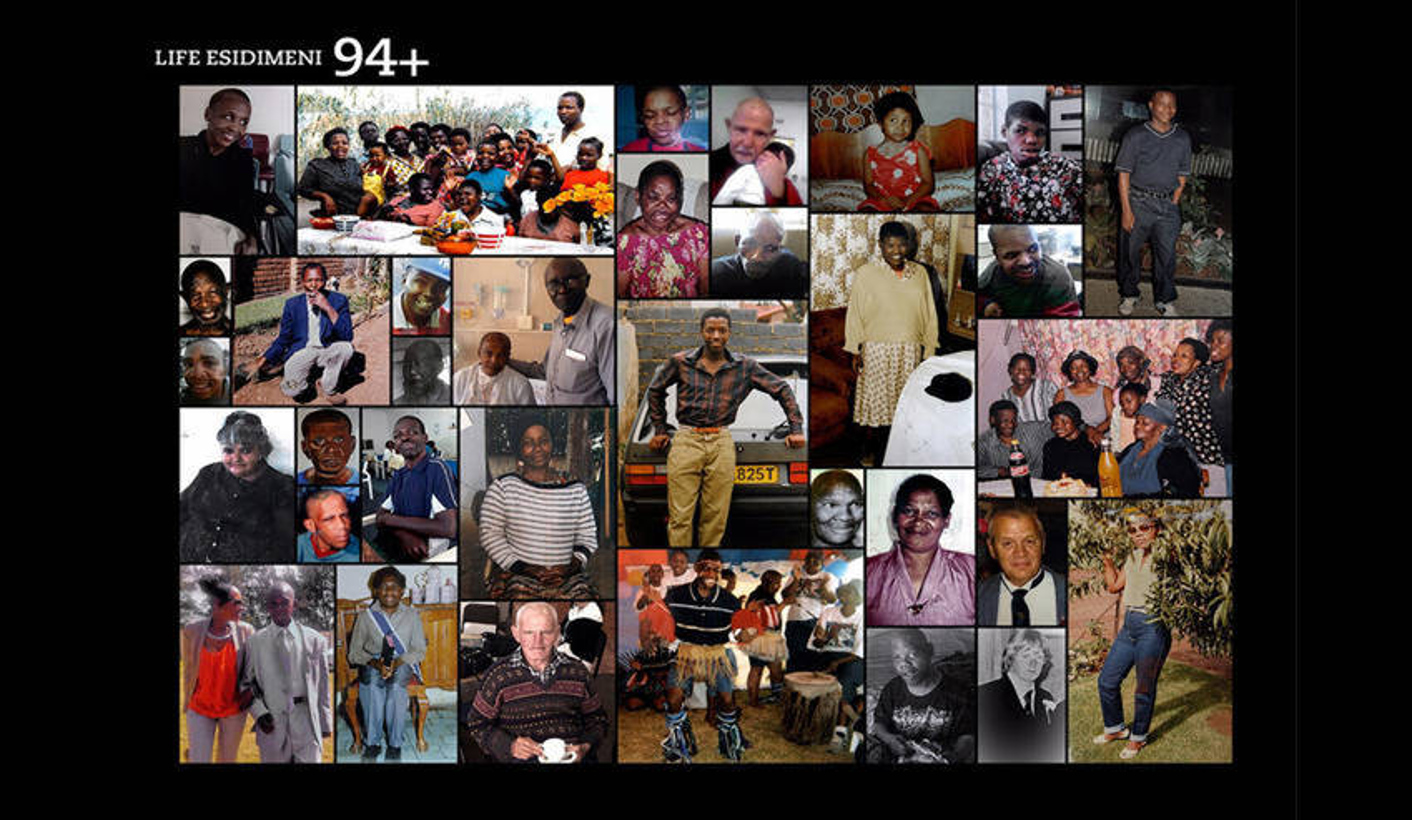 Sizwe Thabang Hlatshwayo would have turned 30 on Tuesday but died at the Anchor NGO after being transferred from Life Esidimeni. In a day defined by suspended Gauteng mental health director Dr Makgabo Manamela’s no-show at the arbitration, Sizwe’s stepmother Jabulile Hlatshwayo broke down when her son’s birthday was noted. She spoke to GREG NICOLSON about Swize’s life, and her pain.

Jabulile met Sizwe in October 1995 when he was eight years old. He was living in Tsakane with his grandparents. Sizwe’s father had taken her to meet them. Sizwe had a severe intellectual disability from birth and couldn’t speak. He acted half his age.

“When I saw him the first time and I heard his story, I had this feeling he had a the love of his mother,” said Jabulile on Tuesday. She doesn’t know what happened to Sizwe’s mother, only that she’d abandoned the boy when he was three months old.

Jabulile and Sizwe formed a bond. He sometimes roamed the streets, even collecting odd bits and pieces from dumping sites. She managed to get a school for learners with disabilities. “Sizwe was always happy and joyful,” she said.

“The way he was, you couldn’t identify his hobbies. He loved everything.” He especially loved music and dancing. Jabulile said he was like that from the moment she met him. It didn’t matter what sort of music, he’d just dance. Sometimes Jabulile, Sizwe’s sister Thulisile, and two brothers, Mandla and Mpumelelo, would tease him for dancing when the music had stopped or for moving to his own rhythm.

“The love that they had for Sizwe, I just can’t explain it,” said Jabulile. They just treated him like a brother. He loved Thulisile deeply and was protective of his little brothers. He communicated through making sounds and hand gestures. “Once you made a mistake, he would say that you’re stupid, in a funny way,” Jabulile remembered.

He could become possessive over objects, but his siblings understood. “If you think you are going to take that remote from him, huh, you’ve got another think coming,” exclaimed Jabulile. Mostly, she remembers his joy. “Sizwe was a very friendly person. Once you got to know him he became your friend very easily.”

Sizwe’s father passed away. After the cleansing ceremony in 2009, he danced in church. “Sizwe was such a loving child. We know when he comes home it would be the happiest holidays ever because we know we are going to have our entertainer,” said Jabulile.

Sizwe spent almost 16 years at Life Esidimeni’s Waverley facility. Before Jabulile got sick, the family would visit twice a month and take him home twice a year for three weeks. He could walk, run and bathe on his own. Jabulile doesn’t know how it happened, but at Life Esidimeni he started accompanying doctors on their rounds. People started calling him “Dr Hlatshwayo”. Sometimes he would help the kitchen staff.

During Sizwe’s last visit home, in December 2015, Boxing Day stands out for Jabulile. “I was visiting him at his grandparents’ house. He was the very Sizwe we knew.” He was dancing and laughing and handed out coins to his sister and mom. He loved to collect coins.

She only saw him twice after that. She was never informed when Sizwe was moved by the Gauteng Department of Health out of Life Esidimeni in 2016. She had to track him down to an NGO in Hammanskraal and journeyed there from her home in Tsakane, Brakpan.

A social worker gave them only five minutes together.

“Sizwe was always happy and on that day when he left he was not in a good condition,” Jabulile told the Life Esidimeni arbitration when she testified on 9 November. He had lost weight. His clothes were dirty and he looked like he hadn’t been bathing. Jabulile couldn’t even hug him. “My boy, mommy will come and take you so that we can go and stay at home,” she told him.

SECTION27 Advocate Adila Hassim’s voice shook when she paused the arbitration on Tuesday to say Sizwe would have turned 30 that day. Jabulile, dressed in black, broke down and was assisted out, leaning on her four-legged walking aid.

The arbitrator, former Deputy Chief Justice Dikgang Moseneke, said the image of the boy who liked to dance was etched in his mind. “You know, human beings are important only because they’re human beings. They don’t have to be anything else to be worthy of our regard. Nothing more than that. And every time regard goes away, the consequences are well known in human history,” he said.

The last time Jabulile saw Sizwe was when she went to identify his corpse in Pretoria. He’d been transferred to the Cullinan Care and Rehabilitation Centre and then the Anchor NGO. He died in September, but she was told only a month later. At the death certificate claimed he died of natural causes but that was later changed to “under investigation”. She struggled to get his body to hold a funeral. When Dr Manamela, an architect of the Life Esidimeni move, offered her food parcels, she told her to “shove the food parcels where the sun does not shine”.

Manamela did not return to the arbitration on Tuesday, claiming to have fallen ill. Jabulile was distraught, her healing process shattered. “I was hoping by going to the arbitration on his birthday I could be able to find closure by getting the truth from Dr Manamela, hoping to find what killed him, because he didn’t die, he was killed. I was so hurt by the way she acted,” she said.

“If I knew that Dr Manamela wasn’t coming, I would have gone to my son’s grave.” DM