NIDS Survey: A glimpse over high walls, in a country where many don’t answer their doors 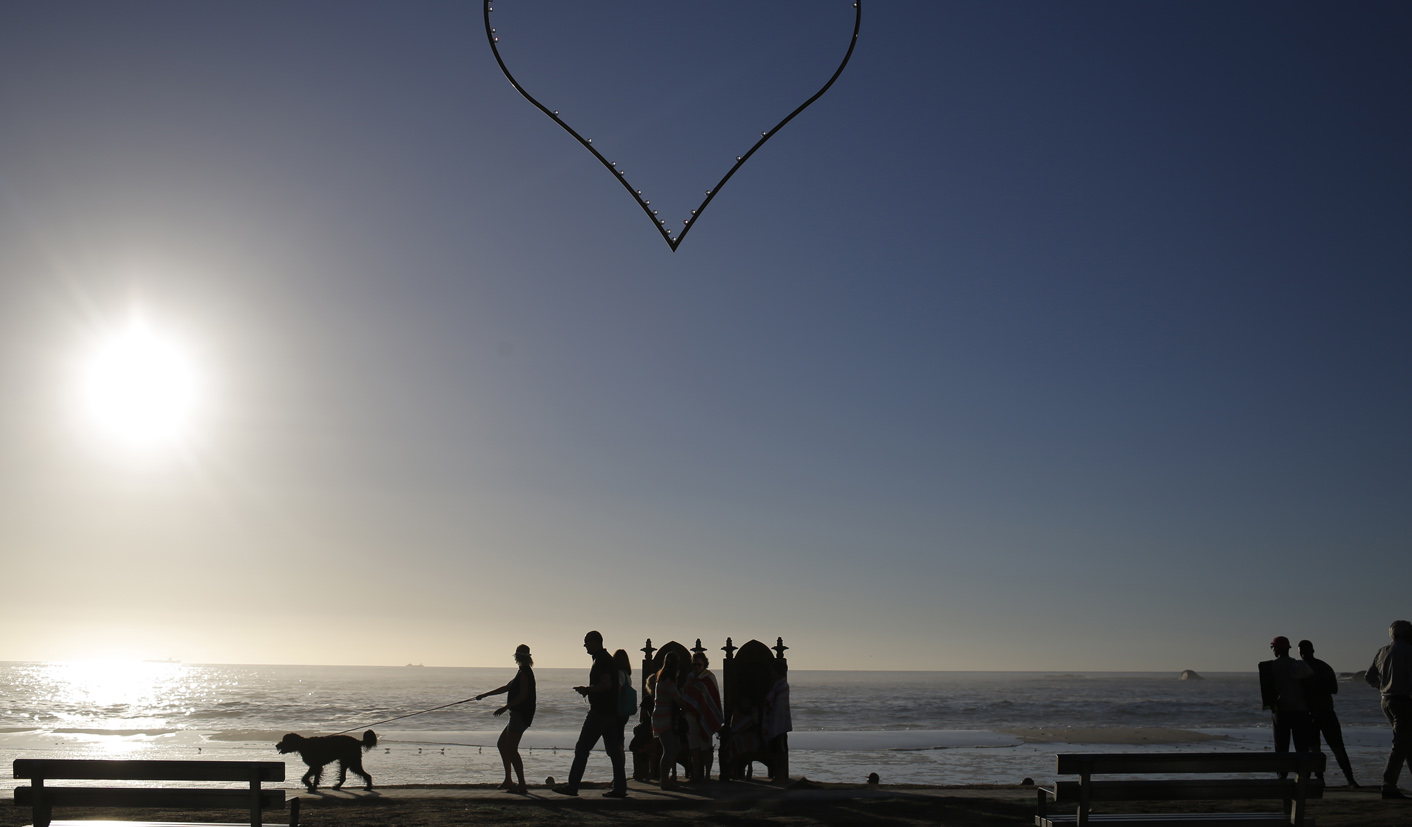 If anyone doubts that South Africa is two, if not more, countries, they should accompany fieldworkers from the National Income Dynamics Study (NIDS) to what they call the “high wall” or “sample refresh” areas. By PIPPA GREEN.

The National Income Dynamics Study (NIDS), now in its fifth wave, is a national panel survey; it interviews the same 28,000 people every two years. Funded by the Department of Planning, Monitoring and Evaluation and implemented by the Southern African Labour and Development Research Unit (SALDRU) at UCT, it is one of a few studies of its kind in the world. Because it interviews the same people (and newcomers to their households – two years ago, 37,000 were interviewed), it can track changes in people’s lives. It tells us who is falling in and out of poverty, who gets jobs, and how inequality persists across generations.

The fact that poverty is transmitted across generations has been calculated from NIDS results. Economics professor Murray Leibbrandt has found that if your parents are among the poorest earners, the chances that you will be income-poor is about 95%. Leibbrandt is the director of the nationwide Research Project on Employment, Income Distribution and Inclusive Growth (REDI3x3), initiated by the Treasury in 2013. Like NIDS, REDI3x3 aims to promote evidence-based policy-making; many of its researchers have used NIDS results generated over its four waves since 2008.

Likewise, the findings that the middle class is small and vulnerable; that chronic poverty is determined largely by unemployment, and that the more educated a person, the more likely they are to find jobs, comes from economists who have drilled into the NIDS numbers. We also know that obesity is rising because respondents are weighed, measured and their blood pressure taken.

NIDS subcontracts GeoSpace International, a specialist survey company, to undertake the fieldwork. The fieldworkers are patient and dogged, sometimes returning to a household several times until every member is accounted for.

Two years ago I accompanied a team to a village in the Transkei. We spent a full day in the homestead of Mrs Nomakhaya Ndlovu (not her real name), whose family comprised six children, a disabled husband, and a nephew.

Generally, households are large in poorer areas and small in richer areas. The largest so far has been in KwaZulu-Natal: it had 39 people. But, as I discovered as I accompanied two young fieldworkers into suburbs on the slopes of Table Mountain, it can take a full day to speak to one family here too, but for different reasons.

On a bright Thursday morning, Brenton Mangale, 25, and Lesego Serapane, 31, donned black vests inscribed with N.I.D.S Field Survey in large red and white letters to tackle what is known as a “sample refresh”.

But in South Africa, top earners tend to be mainly white or Asian. “So the moment we lose the top end, we are also losing certain population groups. The sample refresh is important for ensuring that NIDS maintains a sample that is representative of the South African population.”

For Mangale and Serapane, both from Gauteng, “sample refresh” is code for what they call “high-wall” areas.

It’s not that people don’t answer questions – many don’t answer their doors. In this area, most people have been visited at least once. Now, to get interviews, Mangale and Serapane are hopeful if not over-confident.

Mangale carries a satellite map: suburbs are divided into clusters on which houses have been marked in yellow with their GPS co-ordinates. It is a scientific process called random sampling. “Everybody has the same chance of being chosen so we don’t bias the sample,” says Richmond. “There are some people who love talking to fieldworkers and so if we only interviewed them, that would skew the results.” Unlike, say, talk radio or social media, participants can’t select themselves.

Mangale rings at the gate of a white gabled house in a quiet street. A dog barks. A domestic worker comes to the gate and says the owner is asleep. At house number two, there are no high walls. A tall man with a foreign accent arrives home as we knock. The man hasn’t heard of NIDS but tells the fieldworkers to come back later.

At house number three, a woman with a 4×4 in her driveway and a Bouvier on her veranda opens the gate. She says she knows about the study but is not interested. No reply at house number four, which nestles under Table Mountain. It’s the fieldworkers’ second visit to this home. Serapane takes a GPS reading to show they were here.

This is better than the high-income areas in Sandton, they agree, where mostly they don’t even get inside gated communities, but much harder than townships or informal settlements. There, says Mangale, “people are used to the study. It’s like a walk in the park.”

He says this as we stand at the foot of the iconic national park of Table Mountain at the gate of house number five. A man with an accent that belies his claim says through the intercom he “only works there”, while a motorist in a black 4×4 stops to take pictures of us.

House number six is lower down the slopes in what was once a lower-middle class suburb. A young man comes to the door. No, he hasn’t seen a brochure, but yes, he might do the interview. “If you get an interview in the sample refresh, it’s like gold,” says Mangale. The day before he’d cut short an interview with an elderly couple in Mitchell’s Plain to rush to an appointment in Sunningdale with a young “sample refresh” couple, who’d given him the “run-around” for a month, and then said they were ready.

House number seven looks like a crèche – bright plastic toys in the front yard, small tables and chairs. A friendly woman says she just works there. At house number eight, a woman with a Chinese accent says, “Sorry, I don’t understand.”

We make our way back up the mountain slopes, past Leeuwenhof, the stately official home of Premier Helen Zille. Her house is not in the sample refresh. At house number nine, in a secluded street, a domestic worker says she can’t open the gate.

A few days earlier, the fieldworkers had visited a block of flats nearby. “It was just refusals like nobody’s business. Then neighbours called community watch, everyone was taking pictures of us,” says Mangale.

House number 10 is in a shady grove. The silver western edge of Table Mountain juts above it. It has sash windows overlooking a courtyard. The elderly owner – joy – opens the gate and pops his head out of an upstairs window.

“Good afternoon, sir,” says Mangale. He tells him about the survey: “We want to understand how you are living, is your rubbish collected regularly, where do you buy your groceries – questions like that.”

“I feel very good, thank you,” says the man. “I buy my groceries every week, my rubbish is collected, the street lights are working. I have no complaints. So now I have answered all your questions, thank you.” And waves us off his property. A “friendly refusal,” Mangale says. A few days earlier, another team, which included a senior UCT economist, had been offered a food parcel to soften a “no” in one of Cape Town’s northern suburbs.

At house number 11, a domestic worker says she may not open the gate.

We return to our promise of the day – the man in house number two. He is from Europe (we can’t identify the country as interviewees are guaranteed confidentiality).

The first questions establish who lives in the household. Three, he says, and then gleams in comprehension: “Ah, you’ve come about the water,” a fair assumption in parched Cape Town.

Not exactly, says Mangale, but when he starts the section about services (“How do you get your water: by municipal connection, borehole, communal tap…”), the man looks vindicated. Living standards are measured by an asset inventory, which fieldworkers go through diligently. This is why Mrs Ndlovu in Transkei looked puzzled when asked if she had a boat, and laughed when asked if she had a swimming pool.

“An oven? A television? A radio?” begins Mangale.

The man cuts him short: “I’ve got everything,” he says. “South Africa is a Third World country. You are either very rich, or very poor. There is no middle class here. When the rubbish is not taken, I don’t think about it. I know they’ll come back the next day.”

Skilled economists, who have analysed the NIDS numbers, have come to a similar conclusion, albeit less colourfully.

He looks bemused though when asked if he has a tractor, and glances over his contained urban garden, just as Mrs Ndlovu in Transkei had looked out at her pig in a mud patch when asked if she had a pool.

Pippa Green is a journalist who works for REDI3x3, based at UCT.