Zimbabwe: War Vets vow not to leave the streets until Mugabe quits 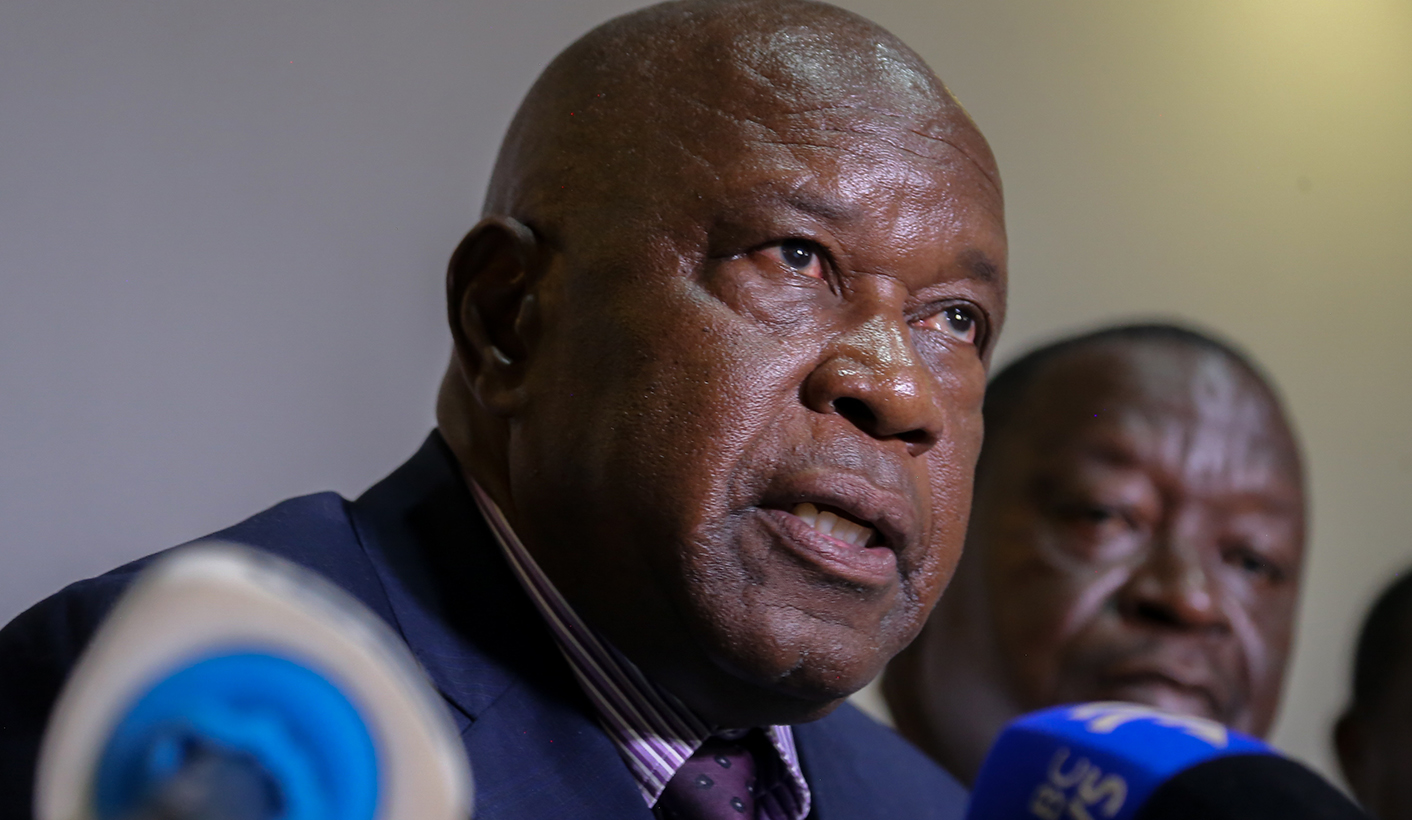 At a press briefing on Monday, the war veterans indicated that though they were pushing for a change of leadership in the governance of the country, there was no guarantee that all was going to be well. By SALLY NYAKANYANGA.

The Chairperson on the Zimbabwe National Liberation War Veterans Association (ZNLWVA), Christopher Mutsvangwa, vowed at a press conference on Monday to mobilise people and ensure they remained on the streets until the 93-year-old President Mugabe resigned.

“We’re not going to be leaving Harare until he’s gone. We want the whole population to descend upon Harare,” Mutsvangwa said. He explained that while parliament would be sitting on Tuesday to impeach Mugabe, they would be outside parliament waiting for the old man to exit.

Mutsvangwa called Mugabe “delusioned” as he (Mugabe) “still think thinks the situation can go back to what it used to be”. “Mugabe go now, leave state house and simply announce your departure,” Mutsvangwa said.

The war vets have initiated a court action against the President of Zimbabwe, Commander of the Defence Forces, Minister of Defence and Attorney General. The court application cites that the actions of the Zimbabwe Defence Force were constitutional, permissible and lawful in terms of section 212 of the Zimbabwe Constitution in that:

Here they were making a reference to Grace Mugabe, the First Lady , who has been exercising state duties even though she was not elected and mandated to do so.

Mutsvangwa said that a statement by Zanu-PF party secretary on legal affairs, Patrick Chinamasa that Zanu-PF would not enter into an alliance with the opposition, was reckless. But he emphasised that Chinamasa (who is also Minister of Cyber Security‚ Threat Detection and Mitigation), was representing his political party. As war veterans they would want an inclusive government.

Mutsvangwa added that Jonathan Moyo’s hand was involved in Mugabe’s live state of the nation address. It was clear he had assisted Mugabe in writing he speech, as seen by the language and style of writing.

Speaking to Daily Maverick, Douglas Mahiya, the ZNLWVA spokesperson, highlighted that, though they were pushing for a change of leadership in the governance of the country, there was no guarantee that all was going to be well. “People are people, they can behave differently and I cannot guarantee that they will do better.”

He was making reference to Emmerson Mnangagwa who has been reinstated as the ruling party interim leader and may become the next Zimbabwe president.

Speculation was rife today about behind-the-scenes developments, with some media reporting that Mugabe had agreed to the terms of an exit plan. DM