Zimbabwe: Mugabe’s non-resignation speech may be part of a strategy 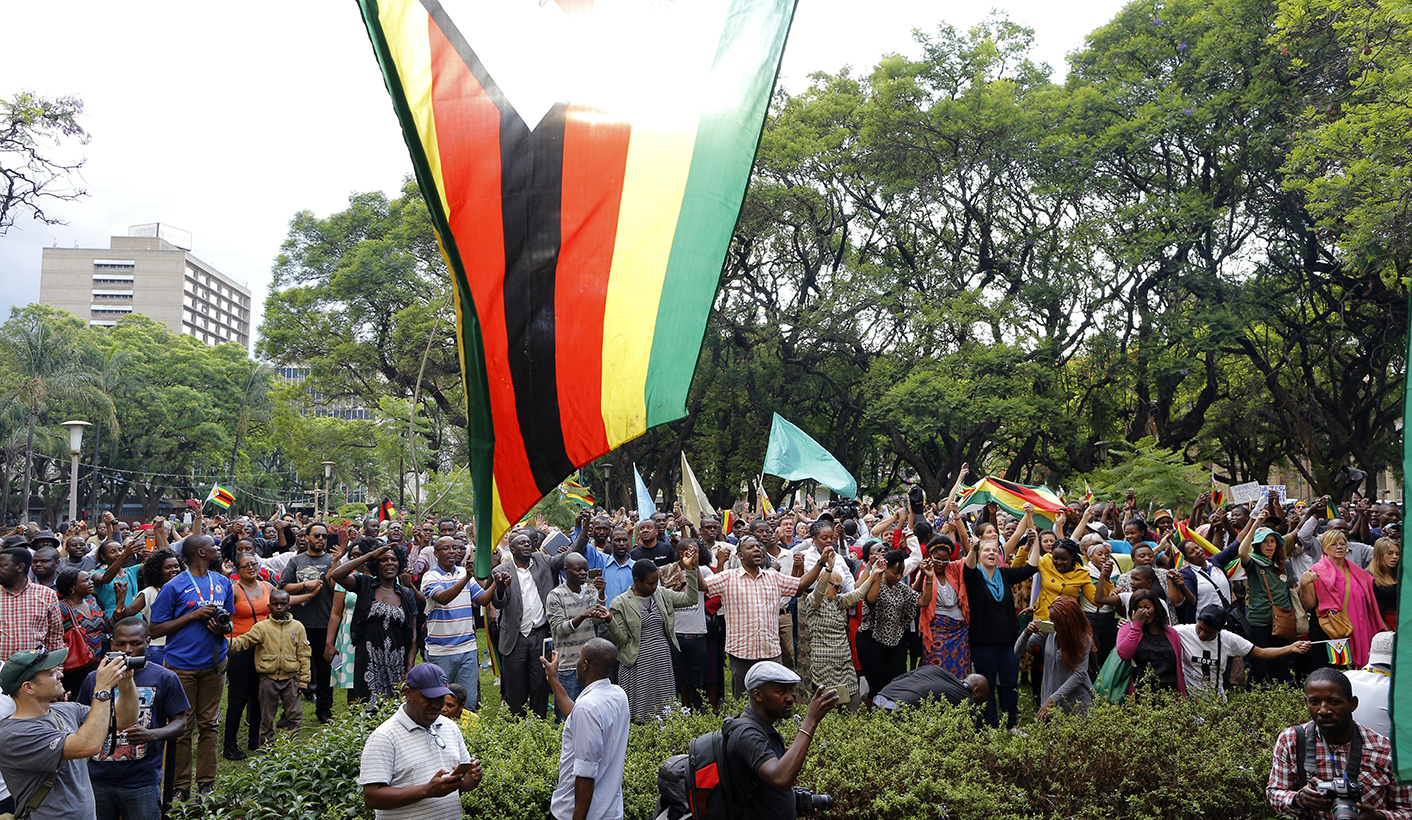 The day after a historic solidarity march against President Robert Mugabe, Zimbabweans anticipated that the 93-year-old would step down after almost four decades of rule. SALLY NYAKANYANGA spoke to Zimbabweans after Robert Mugabe failed to throw in the towel when he addressed the nation on Sunday night.

Despite Robert Mugabe’s failure to announce his resignation on Sunday night, commentators believe that his speech was part of the strategy to give an element of constitutionality to his removal.

For the citizens of Zimbabwe, however, it was a bitter blow.

One young law student said: “I am the most disappointed 19-year-old as I was expecting Mugabe to resign. At that age he should be stepping down. In this case we were hoping this was an opportunity for him to go in a dignified manner.”

“I was becoming hopeful, but now he (Mugabe) has interrupted my future, as I know securing employment in the country is an uphill struggle that can force me to leave the country to do menial jobs in other countries despite a high level of education when I finish my law degree”

A businessman based in Harare said: “I was expecting his resignation, I am disappointed it didn’t come so easy.”

Thomas Moyo, 60, a pensioner, who lost his savings due to hyper-inflation in Zimbabwe in the period from 2000-2009, told Daily Maverick: “I wanted him to resign, it’s not fair for him to continue working, he must pave way for new blood and those still with the might to run around and make the country prosperous.”

Moyo, who retired from work at the age of 55, said he wanted Mugabe to go yesterday. “He has been known for dozing off in meetings and state functions, a sign that his body is tired,” Moyo added.

One man from the diaspora, who was in the country to see his family, showed frustration and hopelessness. “All that people marched for on Saturday was pointless as his (Mugabe’s) speech had no clarity and direction of where we are heading as a people. I was expecting something definitive based on the plight of the people and for many years we have gone through assumptions as a people and this seems to be leading us nowhere as well.”

A disabled young man said it did not come as a surprise. “He doesn’t give up easily, he fights to the last through these are mere last kicks of a dying horse. But for me the ZANU-PF Congress is too far away, I am hoping they will impeach him in parliament this week.”

Tawanda Majoni, the National Co-ordinator for the Information for Development Trust believes this was a calculated step towards the removal of Mugabe by the military command element that must be understood in the correct context: to give the removal of Mugabe an element of constitutionality.

“Mugabe himself acknowledged in his speech the unconstitutionality of the actions of the military and the concerns of the citizens, (and) for that to appear real there must be an element of balance in his speech. Mugabe is also critical of the processes that have happened so far but this is calculated, coming after a meeting with Army General Constantino Chiwenga.

Majoni stated that Mugabe’s Ides of March was coming. “He was never going to be given leeway to speak his own mind and was negotiating with Chiwenga within captivity. As such he was not speaking his own mind,” Majoni said.

As it stands Mugabe is still head of state though ZANU-PF has stripped him of his powers as party leader.

However, in his speech, Mugabe stated that they would address all the concerns in the coming ruling party congress in December. He said he would preside over the congress.

It is expected that impeachment proceedings would be initiated in parliament on Tuesday if he fails to resign.

“Mugabe will still be held in captivity until the ZANU-PF special congress, which will take place in early December,” Majoni said.

The Zimbabwe war veterans have convened a press conference for 9.30am today. DM

Photo: People pray and celebrate during a peace rally an hour after Zimbabwe’s President Robert Mugabe was recalled as party leader of the ruling ZANU PF party, in Harare, Zimbabwe, 19 November 2017. This comes a day after tens of thousands of people took to the streets of the capital to call for President Mugabe to step down. The Zimbabwe National Army (ZNA) has taken over control of running the country. EPA-EFE/KIM LUDBROOK