Op-Ed: DRC – We demand an end to arbitrary detentions of activists committed to social justice 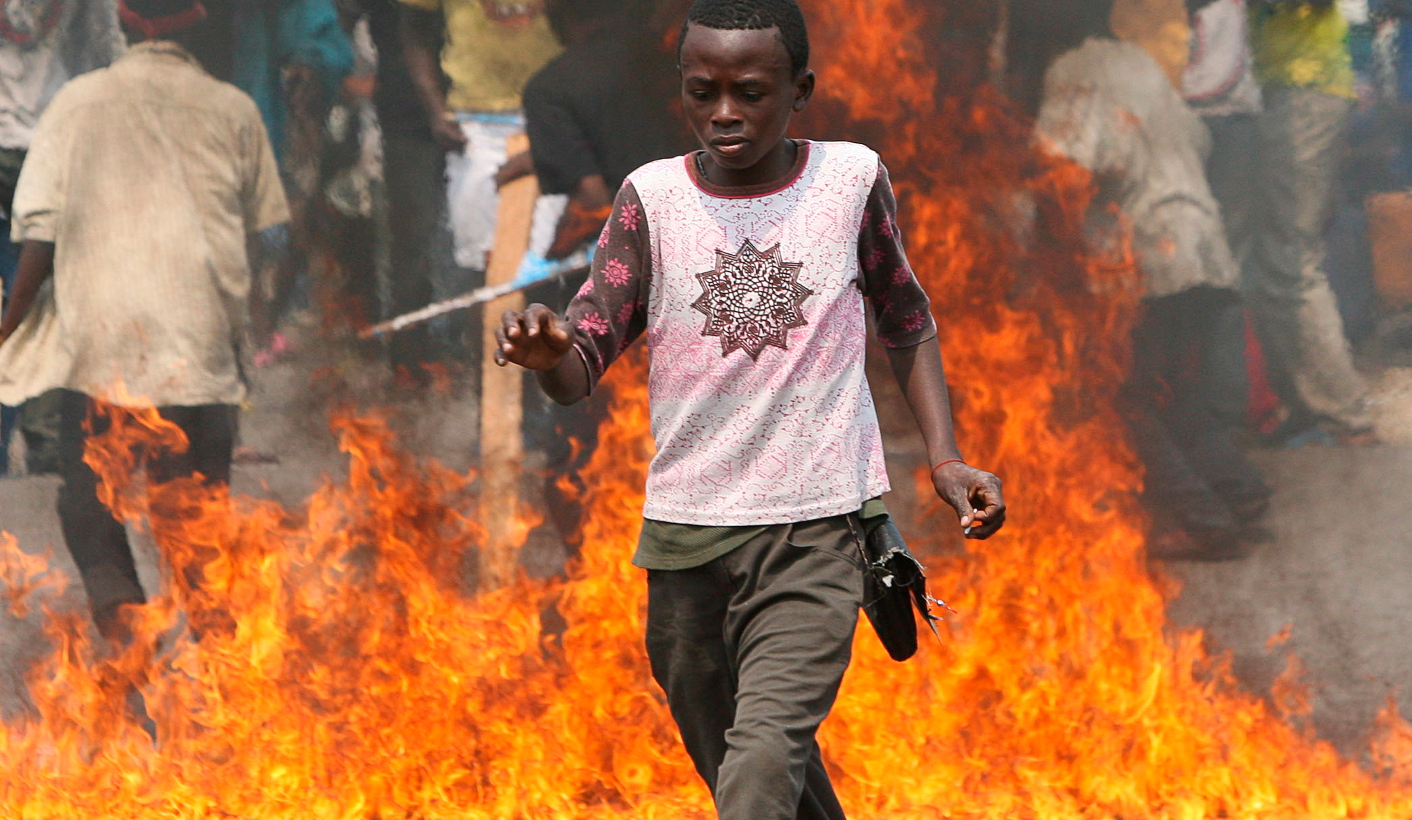 Congolese youth activists Jean Marie Kalonji and Sylva Mbikayi from the youth movement Quatrieme Voie/II Est Temps (The Fourth Way/ It’s Time) in the Democratic Republic of Congo were arrested without reason on Saturday, 18 November by the Congolese Intelligence Agency (ANR in French). Kalonji and Mbikayi represent the silencing of credible voices in the Congo challenging the Kabila regime. By KATE JANSE VAN RENSBURG.

The spirit of Patrice Lumumba, the first democratically elected prime minister of an independent Congo, has encouraged the Congolese youth to take up the struggle for a self-determined Congo and an independent and unified Africa. Lumumba was a political prisoner under the Belgians before he became prime minister and again when arrested by the CIA (Central Intelligence Agency) state-backed forces under Mobutu Sese Seko before his CIA-aided assassination in 1961.

Fire burns bright but it spreads more fiercely when fuelled by strong winds of solidarity. Just like international voices of dissent stood in solidarity with the fighting spirits of the youth of Soweto in 1976, we must stand in solidarity with the resisting youth of the Congo and all political prisoners globally. We must show unequivocal support for the bold flames of resistance rising from the youth voices and actions of movements such as Quatrieme Voie in the heart of Africa.

Congolese youth activists Jean Marie Kalonji and Sylva Mbikayi from the youth movement Quatrieme Voie/II Est Temps in the DRC were arrested without reason on Saturday, 18 November by the Congolese Intelligence Agency (ANR in French). While both activists were released on the same day, Kalonji and Mbikayi represent the silencing of credible voices in the Congo challenging the Kabila regime for the respect of the Congolese constitution.

Kalonji – who was brutally beaten while in detention – is the movement’s co-ordinator and Mbikayi is his lawyer. According to a statement released by Friends of the Congo, Congolese intelligence forces demanded access to their phones and “went through their communication, including WhatsApp, to try to find compromising information they could use to keep them detained”.

This arrest marks the third time Jean Marie Kalonji has been jailed by the Kabila regime. In December 2015, he was abducted by Congolese Intelligence Services and detained, tortured and kept incommunicado for several months. In June 2017, both Kalonji and Mbikayi were held incommunicado for just over three weeks. Despite this, Kalonji and Mbikayi have remained committed to the principled values of Quatrieme Voie.

These arrests are a part of a nationwide series of arbitrary arrests within the DRC by the Joseph Kabila government. More specifically, these arrests are proof of the increased resort to force in politics in the DRC since December 2016. Per Congo’s constitution, current President Joseph Kabila was supposed to step down on December 2016 but has held on to power through force. These acts are part of the worldwide decadent capitalist persecution of both individuals and interest groups fighting for social justice. In Africa, we are increasingly seeing this in Zambia, Zimbabwe, Egypt, Somalia, Kenya, Uganda and Sudan, among other countries.

Quatrième Voie is a youth movement burning with conviction to fight for a Congo that is firmly built on foundations of peace, justice and dignity. Quatrième Voie’s spokesperson Elsie Lotendo says, “In spite of the repressive practices of the Kabila regime, we are confident that the Congolese people led by the youth will triumph and bring into existence a new society based on the will and the interests of the masses.”

According to Friends of the Congo Spokesperson Kambale Musavuli, “The youth of this movement are bold and the repression in Congo is severe. These youths continue to demonstrate tremendous courage in the face of a brutal regime.”

Every year in June, we in South Africa celebrate Youth Month when we remember and uphold the revolutionary fighting spirit of the young students who resisted oppression and gave effect to the 1976 Soweto Uprising. Apartheid’s brutal government understood the potential of the fire burning in the hearts and minds of black South African youth. Knowing that fire spreads, the racist regime responded by arresting and murdering the youth of 1976.

Congolese youth have consistently commemorated the day of the African Youth, paying homage to and drawing inspiration from the conviction displayed by the Soweto youth in 1976.

“These youth know that if they take an action, they will likely be arrested and possibly killed, yet they still go forward. This is very encouraging. The youth know they are facing a brutal regime yet they continue to fight for a new and better Congo,” said Musavuli.

Quatrième Voie, along with various international voices, has continued to demand the immediate and unconditional release of the arrested activists Jean-Marie Kalonji and Sylva Mbikayi. In the DRC, holding political prisoners in detention without charge has become increasingly common.

A few days before the arrest of Kalonji and Mbikayi, a 15-year-old youth demonstrator, Binja Happy Yalala, from the Idjwi Island in DRC, was beaten by police and held for over 10 hours on November 15, 2017 when she demanded that the police free her father who had been arrested during a demonstration. State violence, intimidation, torture and detention to suppress and intimidate organised resistance movements and their leaders are often intentional and routine.

South Africa has a long history of political prisoners as seen through Robben Island and various methods of incarceration across the country. Radical feminist and political activist Winnie Madikizela-Mandela spent 491 days in solitary confinement in 1969. Trade unionist Emma Mashinini’s recent passing calls us to remember her nearly 75 years of activism as well as her arrest and detainment without charge in 1981.

We must demand an end to the pervasive and brutal arbitrary arrests under Kabila’s reign of terror. We must demand the immediate and unconditional release of all political prisoners throughout the Democratic Republic of Congo and the world.

The pathological actions of frightened little expired politicians of brutalising and arresting activists committed to social justice – instead of confronting the reality of their undemocratic rule and the severe socio-economic and political crises in their countries – must be crushed and defeated. We deserve a better world. DM

Photo: A Congolese boy runs away from an exploding molotov cocktail during riots on the outskirts of Kinshasa, Democratic Republic of Congo, Tuesday 25 July 2006. Photo: EPA/NIC BOTHMA