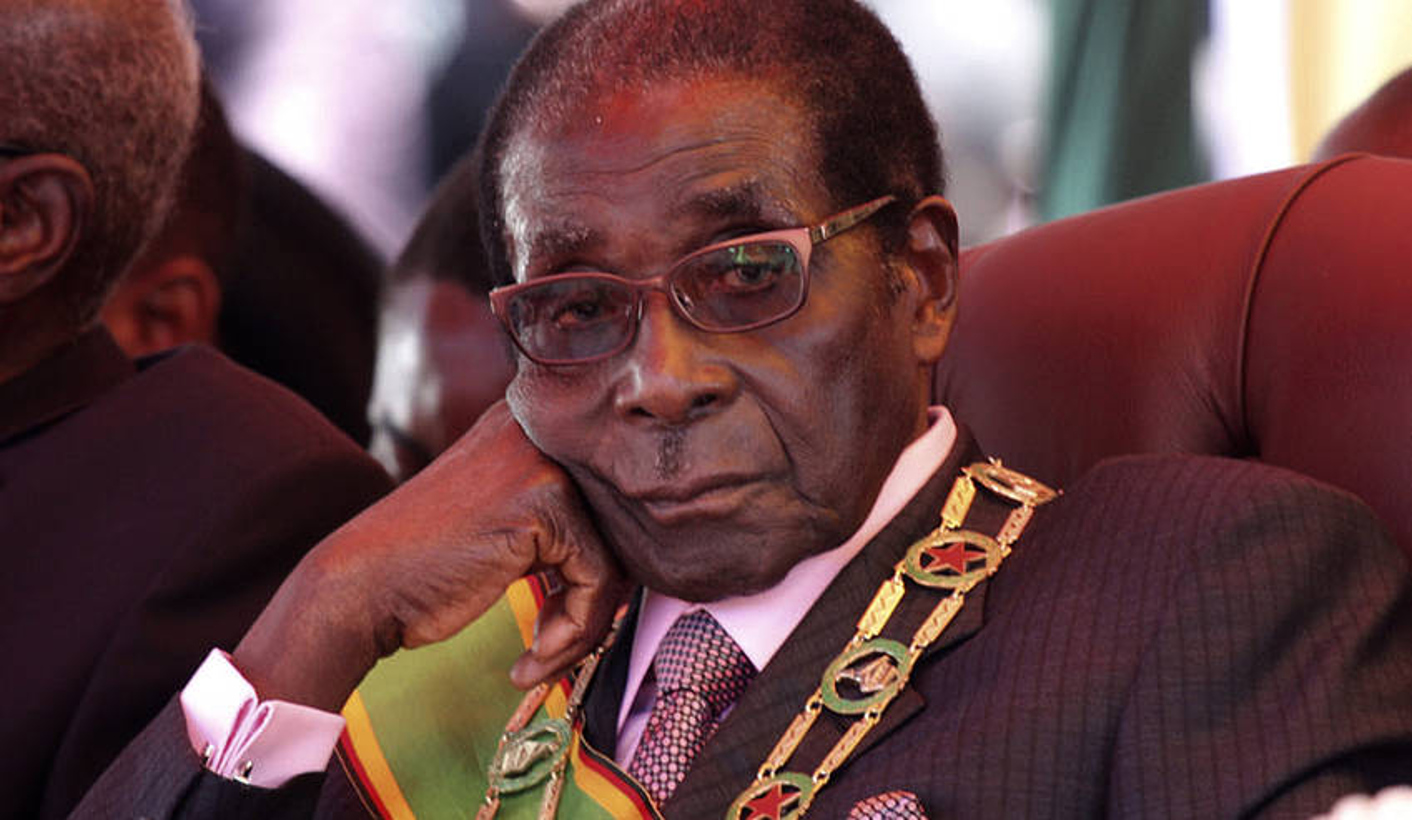 Zimbabwe’s President Robert Gabriel Mugabe has been summarily dismissed from his party position as first secretary and leader of his Zanu-PF party, while his deputy, Emmerson Mnangagwa, fired just over 11 days ago, has been reinstated. By MAYNARD MANYOWA.

Resign as president or face impeachment – this is the ultimatum delivered to beleaguered Zimbabwean President Robert Mugabe on Sunday 19 November 2017 by his own party.

Mugabe’s firing came after the most authoritative body in the Zanu-PF party, the central committee, convened a meeting at the Zanu-PF headquarters in Harare on Sunday.

A total of 200 members out of the possible 300 attended the meeting. A total of 150 + 1 members is required to constitute a quorum.

In what was probably a huge irony, the meeting was chaired by the current minister of home affairs, Obert Mpofu, who is better known for once proclaiming that he was “Mugabe’s ever obedient son”.

Mugabe’s grip on power was broken last week when the military took over, angered at his wife Grace’s emergence as the leading candidate to succeed the 93-year-old president.

Mugabe must now resign as the country’s president or face impeachment.

Mpofu began Sunday’s meeting by acknowledging the important role played by Mugabe, but took a swipe at his wife, Grace, and her allies, whom he claimed had taken advantage of the president’s frailty.

After the chairman’s opening remarks, members of the press were asked to leave entirely, effectively leaving Mugabe’s fate to be discussed and sealed behind closed doors.

All 10 provinces resolved to recall Mugabe from his position.

In what the party called a “realignment” and “self-cleansing” exercise, more than 18 powerful figures were expelled.

Mugabe’s deputy, Phelekezela Mphoko, was expelled from the party as well, while other high-profile expulsions include Minister of Finance Igantius Chombo and Foreign Minister Walter Mzembi.

The country’s human resources manager, the Minister of Public Service, and Mugabe’s nephew, Patrick Zhuwao, was also fired and banned for life from the party. Zhuwao had told journalists on Saturday that Robert Mugabe was willing to die for what is right.

Minister of Higher and Tertiary Education, Jonathan Moyo, was fired for the second time in his Zanu-PF career, while his friend Minister of Local Government Saviour Kasukuwere and his brother Tongai did not escape the chop either.

All of those expelled were considered G40’s key members – G40 being the Mugabe grouping opposed by Mnangagwa’s now ascendant La Coste grouping.

Highfields Member of Parliament, Psychology Maziwisa, escaped the chop, and immediately took to Twitter to congratulate Emmerson Mnangagwa who he addressed as President.

Maziwisa cancelled an interview with Al Jazeera. On Twitter he had lamented how he had missed out on an opportunity to tell the world just how amazing Grace Mugabe was. DM