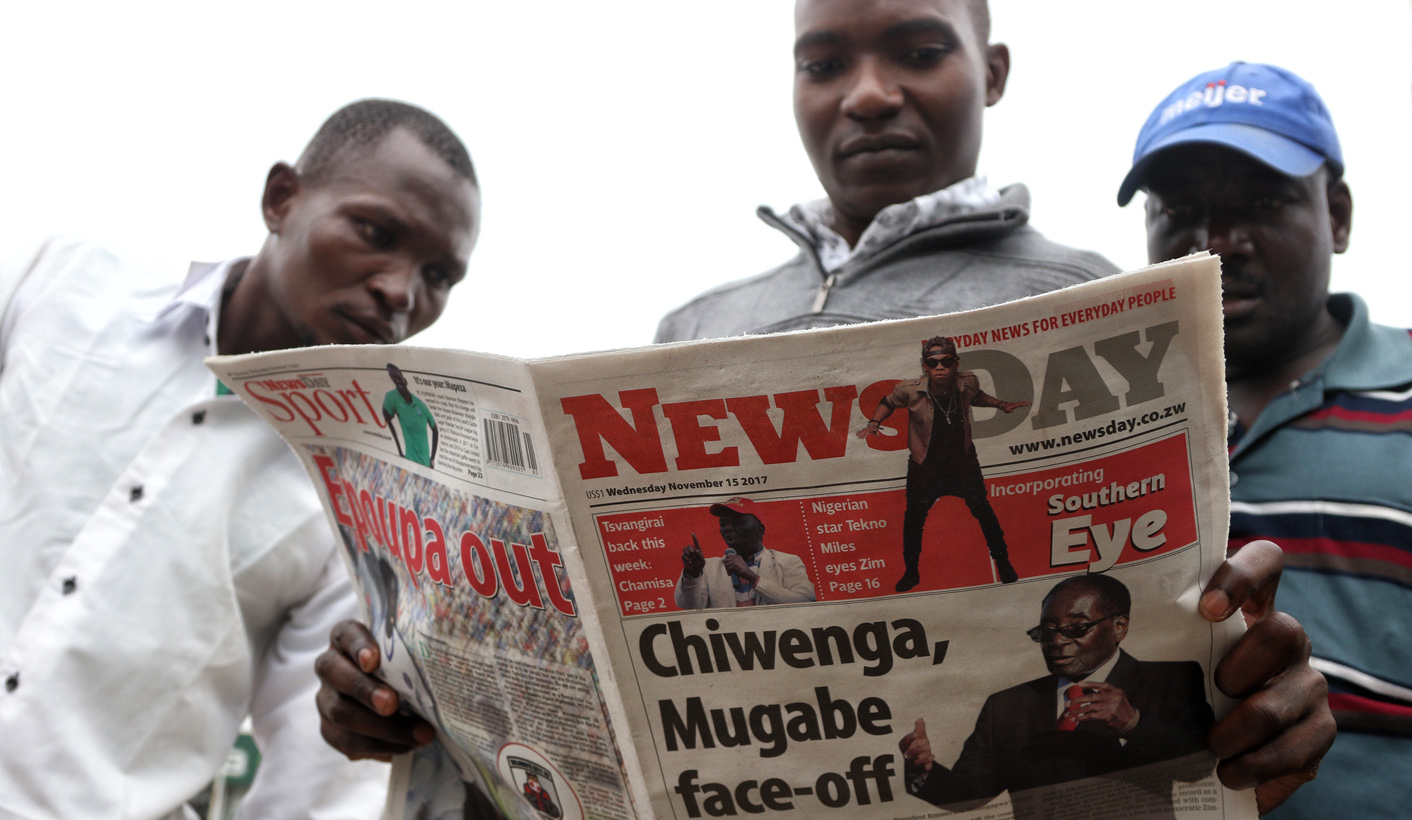 Embattled Zimbabwean President Robert Mugabe and the military officers who toppled him from power early on Wednesday seemed to be locked in long and bitter negotiations about his future late on Thursday. By PETER FABRICIUS.

Conflicting reports about the talks in Zimbabwe swirled – first that the 93-year-old leader had agreed to step down from power, and then that he was digging in his heels.

Despite being under effective house arrest at the official residence, State House, the stubborn leader of Zimbabwe for the past 37 years was still battling to stay in power – or at least to leave on the more favourable terms.

At 22:30 on Thursday, after many hours of bargaining, Mugabe and the generals who seized power – almost certainly on the orders of sacked vice president Emmerson Mnangagawa – were still locked in a stalemate, according to one official source close to the meeting.

South Africa’s role in the negotiations could not be confirmed. Defence Minister Nosiviwe Mapisa-Nqakula and State Security Minister Bongani Bongo were despatched to Zimbabwe on Wednesday by President Jacob Zuma, in his capacity as chairperson of the Southern African Development Community (SADC), as SADC special envoys. Some reports said they were actively involved in the negotiations as mediators.

Some sources said the two South African ministers were taking sides, insisting that the military should return power to Mugabe on the grounds that both SADC and the African Union (AU) expressly forbid governments coming to power by “unconstitutional means” – including military coups. But this could not be confirmed.

In Gaborone, meanwhile, ministers of the SADC security troika met and produced an inconclusive statement which seemed to be a holding action, pending further information from Harare about the outcome of the crucial negotiations between Mugabe and the coup leaders.

But, significantly, it did not demand that the Zimbabwe military immediately return power to Mugabe. Instead it implicitly backed a negotiated solution, calling on “all stakeholders in Zimbabwe to settle the political challenges through peaceful means”.

The ministers also recommended the calling of a full SADC summit to discuss the Zimbabwe crisis.

The issues in the negotiations between Mugabe and the generals were unclear, though a key point seemed to be a safe exit for himself, his controversial wife Grace – who provoked the crisis by persuading her husband to fire Mnangagwa last week – and his children.

According to some sources, another major issue was when Mugabe would stand down. He was reportedly insisting, at one point, that he should be allowed to retire with dignity at the ruling Zanu-PF party’s congress next month.

But the military wanted him to leave immediately.

According to well-placed sources there was some discussion about safe asylum for the Mugabes in South Africa, but that Hong Kong was later considered. The generals insisted that Grace and the Mugabes son Robert could not leave Zimbabwe until Mugabe agreed to step down, the sources said.

One of Mugabe’s nephews sent out an update around midday on Thursday, when Mugabe was refusing to budge, which said; “No surrenders! Use every means to stay in power. Surprise coming!”

Some sources said that Mugabe could be flying to South Africa on Friday or even late on Thursday.

The reports said Mugabe was refusing to re-instate Mnangagwa as the generals were insisting. Their strategy is evidently for Mnangagwa to be re-instated as vice president, allowing him to constitutionally take over from Mugabe if he resigns.

Other reports said Mugabe did not want MDC opposition party leader Morgan Tsvangirai to serve in a multi-party transitional government, which has been proposed as a way out of the crisis, according to some reports.

But none of this could be confirmed independently.

Some sources said Mugabe had agreed in principle to leave but was playing hard ball on the terms. Some said he was refusing to resign voluntarily, which would make the coup leaders forcibly remove him. That would remove their fig leaf that this was not a coup but merely a bid to remove “criminals” surrounding Mugabe. Several of those “criminals” – in fact members of the so-called G40 faction opposed to Mnangagwa – have been arrested, according to unconfirmed reports.

If Mugabe refused to resign, and the generals forced him out of power, that would in turn put pressure on other SADC countries to condemn the military’s action and suspend Zimbabwe from the organisation, under its prohibition on coups.

There were also unconfirmed reports on Thursday night that South African Deputy President Cyril Ramaphosa had flown to Harare to participate in the negotiations. DM

Photo: Members of the public read a copy of a local newspaper in Harare, Zimbabwe, 15 November 2017. EPA-EFE/AARON UFUMELI