Reporter’s Harare Notebook: Not yet ‘Uhuru’ 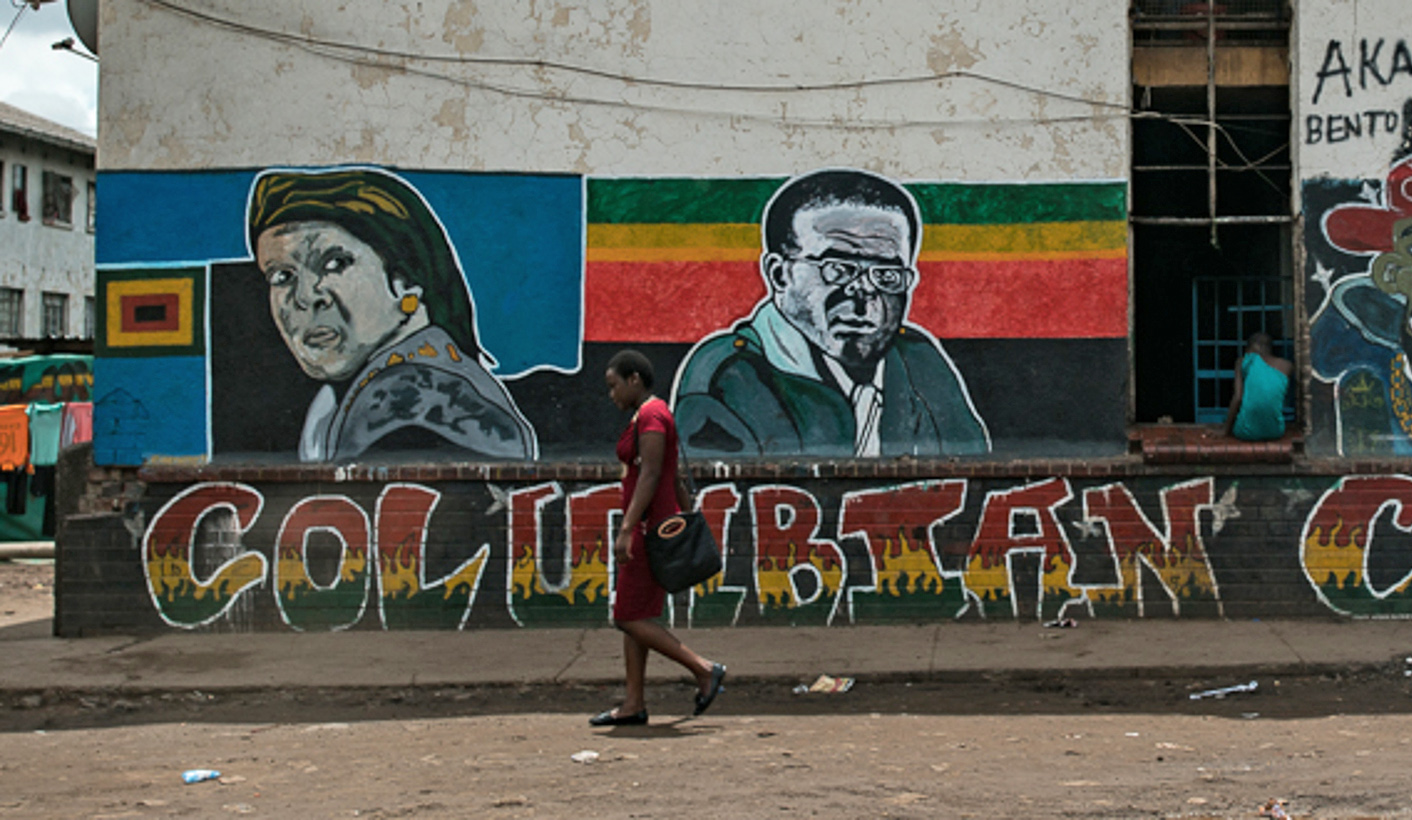 A new day in Zimbabwe filled with confusion and uncertainty in this not-a-coup coup. SHAUN SWINGLER visited Harare's oldest high density neighbourhood, Mbare, on Friday to try to get a sense of how people on the ground were responding to the events of the past few days.

Life appears to be carrying on as normal in Mbare despite the high-level political chess game currently playing out in the country.

On Wednesday, the Zimbabwean Defence Force took control of several state institutions, placed the president Robert Mugabe under house arrest and arrested several of his ministers. Since then, intense negotiations between Mugabe and the army generals were held in an attempt to reach an agreement that would see Mugabe relinquish his grip on power he maintained for nearly 40 years.

On Friday, Mugabe made his first public appearance since the ‘coup’ when he attended the Zimbabwe Open University graduation ceremony.

In Mbare, most residents were afraid to speak to Daily Maverick but few spoke candidly about this ongoing political crisis.

“This is not a popular uprising, this is not a representation of people’s aspirations,” says Tatenda Mombeyarara, a local socioeconomic justice activist. “It’s just an escalation of the power struggles in Zanu PF, which is not a response in any way to the challenges which have been bedevilling Zimbabwe for the past two decades.”

Photo: A couple sit on a concrete water pipe in Mbare

“The euphoria is understandable – no one likes Mugabe, and nobody wanted the dynasty, but nothing really is going to change after the weekend. In the coming days we’ll see a normalising of the power struggle. Once they have struck a deal, we’ll see Mugabe by and large returning to what he was. Things will go back to normal and the bubble will burst in terms of our aspirations. International isolation will remain the status quo, because nothing has been done to either boost investor confidence or to show a new trajectory in Zimbabwe,” Mombeyarara said.

“I believe this same monster if not handled well will come and bite us once they have settled these issues. So we still have to chart our way to freedom – it is not yet uhuru.”

Chitimbe, deputy organising secretary of MDC-T youth assembly said “so far no one knows what’s going on …we are just waiting for Major General Moyo to go on ZTV to tell us like he did two days ago.”

Albert Chidakwa, a local political activist explains the trepidation many have of speaking to the media:

“People don’t know what is happening, or what is going to happen next so they’re not prepared to say what they think. They don’t know who they are talking to or whether what they say is going to make them the target of the next military purge. We don’t know if we say something today, whether we’ll still be free tomorrow. You might end up being behind bars if you speak your mind.”

Photo: A dressed up man walks on stilts in Mbare, Harare

Another was more optimistic:

“I’m Zanu PF myself – Zanu PF for life … I think they’re on top of the situation – I’m not moved or worried about any of these developments. I really think that Mugabe and Chiwenga are fixing things for the better,” said Horror, a Mbare resident in his mid thirties.

An anti-Mugabe march for the “people of Zimbabwe” has been planned for Saturday morning in solidarity with the Zimbabwe Defence Forces, with the war veterans promising “the fireworks”. DM

Main photo: A woman walks past a mural or Grace and Robert Mugabe