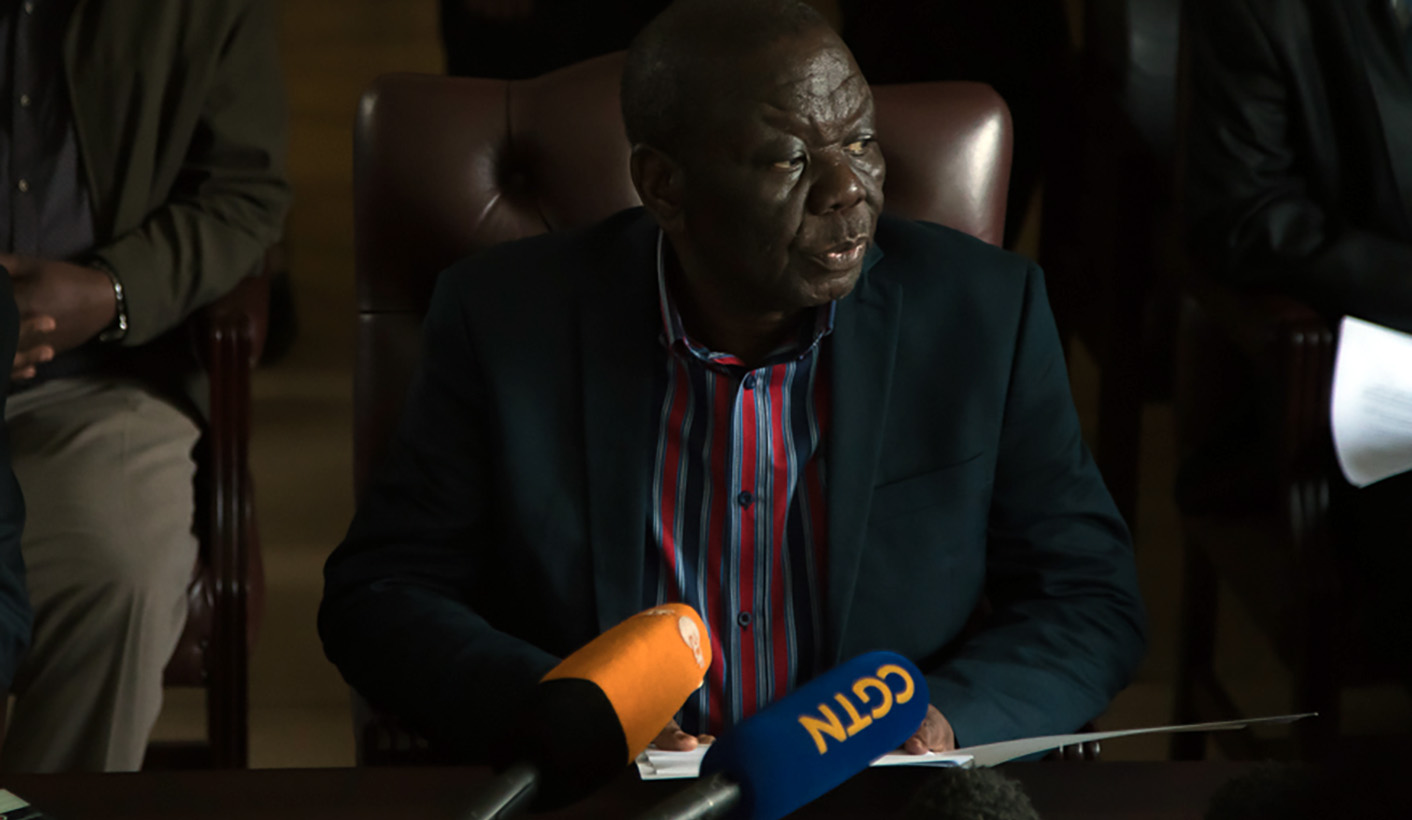 In his first press conference in more than a month, Morgan Tsvangirai, leader of Zimbabwe’s opposition party the Movement for Democratic Change, called for beleaguered President Robert Mugabe to step down and to bring to an end the uncertain future the country faces. BY SHAUN SWINGLER.

Movement for Democratic Change (MDC-T) leader Morgan Tsvangirai returned to Zimbabwe on Thursday after reportedly spending time in South Africa for medical reasons – possibly to treat the colon cancer he was diagnosed with last year. However, the circumstances under which he was addressing the media throng at his Highlands residence was markedly different from conference of the past.

In an unprecedented move in Zimbabwe’s recent history, the Zimbabwean military took control of the state broadcaster and Harare International Airport is under military watch, and on Wednesday morning placed President Robert Mugabe and First Lady Grace under house arrest. Throughout this, General Constantino Chiwenga, Commander of the Zimbabwean Defence Force, has maintained that this is not a coup.

“We are aware of the international community’s concerns over the deteriorating situation in the country,” said Tsvangirai of the military’s not-a-coup coup, “and therefore there is an urgent need for a road map to political legitimacy. Mr Mugabe must resign in line with national expectation and sentiment in order for a transitional mechanism to take affect.”

What exactly this transitional mechanism would entail, no one is quite sure as yet. However,Tsvangirai maintains that this mechanism must be agreed upon by all stakeholders, and should be done through a free and fair election process. “This is the only way that we can define the future of this democratic dispensation,” he said.

“If we are approached, we’ll participate. But for now it’s still speculation. Nothing has been initiated yet but I hope there will come a time when it is.”

And of the military’s actions?

“What is a coup?,” asks Tsvangirai, “The military have said it’s not a coup and we believe them … we have noted their commitment to a peaceful transition.

“I’m not aware of the status of Mr Mugabe. I know he’s safe in whatever circumstances he’s in. If there are any negotiations taking place then it’s between him and the military.”

Meanwhile, on the streets of Harare, it appeared to be business as usual. People walked through the streets on their way to and from work, seemingly unaffected by the events of recent days. The only signs of the political turmoil that’s playing out in the upper echelons of power are the standard infantry in APCs stationed outside key buildings such as Parliament, the High Court and the airport, while the Presidential Guard was stationed outside the Zanu-PF headquarters. There has also been a noticeable absence of police officers in the streets – which one resident happily pointed out due to their notoriety for corruption and bribe-taking. Military helicopters occasionally flew overhead.

There were also infrequent military checkpoints in the last two days. This reporter has passed through two so far: one coming out of the airport with nothing more than a cursory inspection of the driver and passenger, and another where the occupants of the car were politely asked to step out so it could be searched for weapons.

The situation is complex and constantly shifting and we don’t know what tomorrow may bring, but it’s likely that Harare’s residents will see it as business as usual. DM