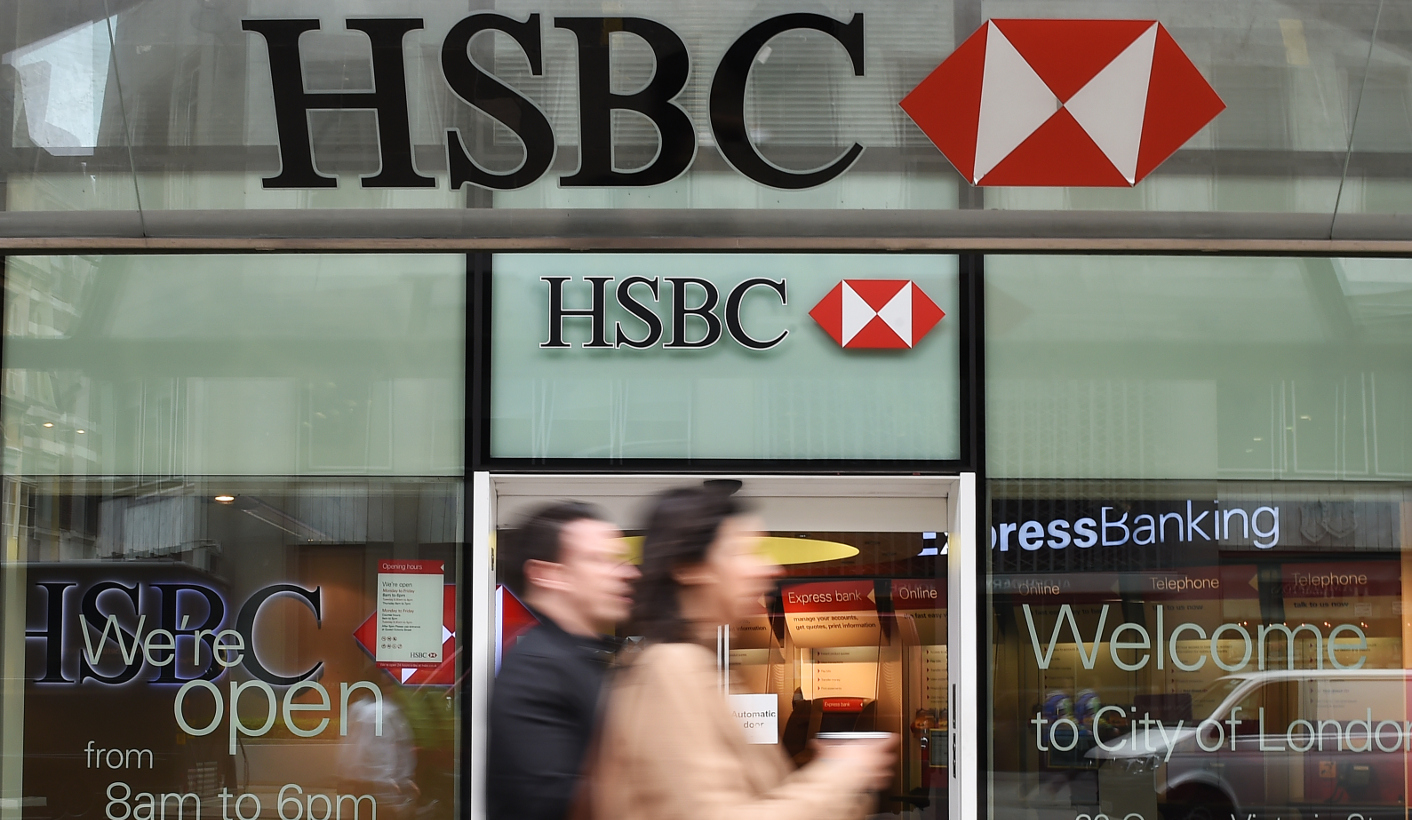 Following HSBC's closure of bank accounts held by companies fronting for the Gupta family, Labour Lord Peter Hain has revealed to the UK's Financial Conduct Authority that HSBC South Africa had alerted the bank's London headquarters to illegal banking activity amounting to R5-billion over two years and relating to the Transnet deal with South China Rail. HSBC in London had simply ignored the red flags. By MARIANNE THAMM.

Writing this week to Kenneth McArthur, Manager, Executive Office and Private Secretary to the CEO of Britain’s Financial Conduct Authority, Lord Peter Hain sketched how transaction records he had delivered to Treasury had included the 21% kickback from South China Rail relating to the Transnet locomotive deal and transferred to Gupta-linked HSBC accounts in Hong Kong.

The value of the kickback was R5-billion over two years.

“The records show how the Guptas would then split the money into multiple accounts in a typical money laundering fashion through multiple transfers. Also money was transferred to HSBC accounts in Dubai,” wrote Hain.

The money from Transnet was transferred via Nedbank and Standard Bank to South China Rail accounts and which tied up to 21% commission payments to the Guptas.

“An important part of this is that HSBC SA staff had visibility of the Hong Kong accounts and warned London this was theft and money laundering. However London HSBC ignored that warning, presumably deliberately, and so no action was taken to prevent this illegal banking activity,” said Hain.

Hain asked UK regulators and investigators and HSBC how the bank did not pick up on a typical pattern of money laundering in Gupta and Gupta-related accounts including the regular inflows of large amounts being split into more accounts.

Another mystery is how the Guptas passed the HSBC KYC (Know Your Customer) procedures given their widely-reported involvement in State Capture in South Africa.

HBSC also needed to answer as to why it continued to do business with the Gupta family and whether the fees were perhaps so lucrative that Financial Intelligence Centre (FIC) procedures were simply overlooked.

“Did they report any of the transactions to the FIC given their regularity and size?”

A transaction list Hain had supplied to authorities on 31 October related only to the Gupta family’s Hong Kong accounts and Hain would now like to know whether the bank opened accounts for the Guptas in any other country.

Hain also asked McArthur whether HSBC was able to freeze funds in these accounts pending investigation and whether authorities could trace transfers out of HSBC accounts by the Guptas and where this money is currently located.

What is needed are all transaction records on Gupta family accounts relating to transfers to South China Rail. Some of the funds would have been transferred to shell companies in Dubai and Abu Dhabi and Hain has questioned how HSBC could not have followed its own standard FIC procedures in relation to Gupta-held accounts.

The bank should also disclose, said Hain, whether it held accounts for Duduzane Zuma, Salim Essa, Eric Wood and all known Gupta associates whose accounts may have been used to launder stolen money.

“If so, where? It is important to see all the transaction records relating to all the individuals implicated in the Gupta/Zuma money laundering web,” said Hain.

HSBC was approached for comment but failed to respond to questions.

On 1o November HSBC admitted it had closed Gupta-held bank accounts held by front companies amid growing concerns of the bank’s links to the South African State Capture scandal.

Rob Davies, writing in The Guardian, revealed that HSBC had closed some accounts in 2014 and had also notified Michael Cherkasky, appointed to monitor the banking giant’s anti-money laundering controls. These were instituted after HSBC’s 2012 settlement with the US Department of Justice and the UK’s FCA.

Davies wrote that new details involving HSBC and Gupta-held accounts “could lead to the bank facing investigation by US authorities, because they were made in dollars and cleared by the bank’s New York office”.

Meanwhile, the FBI is continuing its probe into individuals, institutions and companies linked to the Gupta family. DM