ISS Today: Will other African countries follow Burundi out of the ICC? 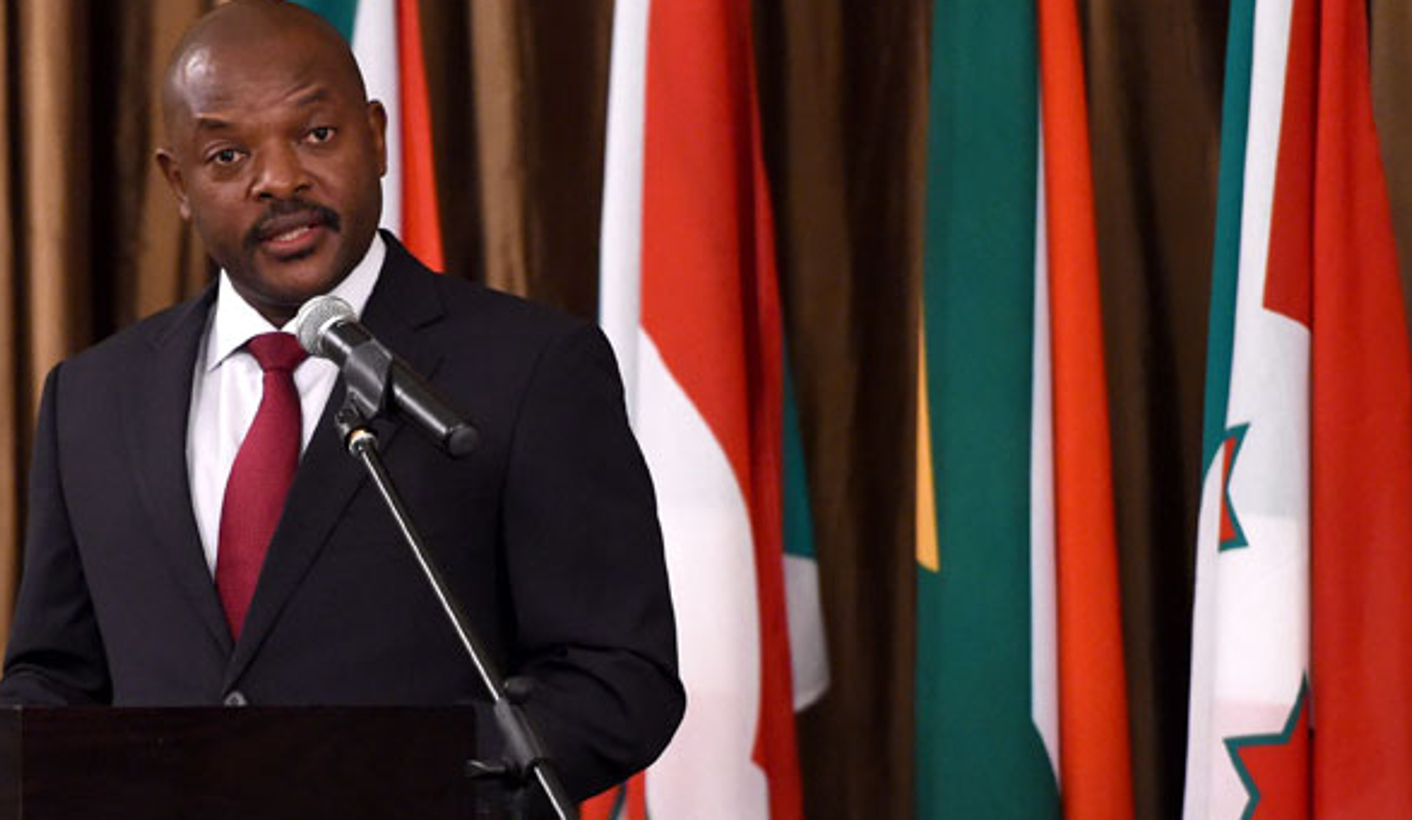 Public opinion can play a powerful role in governments’ decision to withdraw from the court. By Deo Gumba, for ISS TODAY.

The prosecutor of the International Criminal Court (ICC) has been authorised to begin investigations into alleged crimes against humanity in Burundi between 26 April 2015 and 26 October 2017.

The 25 October decision by the ICC judges of the pre-trial chamber came just two days before Burundi’s formal withdrawal from the ICC took effect. The ruling could deter other African countries that have threatened withdrawal, as it sends the strongest signal yet that any such move is unlikely to stop proceedings already undertaken by the court.

The decision, which has drawn sharp reaction both for and against, allows prosecutor Fatou Bensouda to investigate state officials as well as the ruling National Council for the Defence of Democracy-Forces for the Defence of Democracy (CNDD-FDD) party leadership and youth. The youth, known as “Imbonerakure”, allegedly launched a widespread and systematic attack against Burundian civilians after the declaration in April 2015 of President Pierre Nkurunziza’s bid for a third term in office.

The intensity of atrocities that include murder, imprisonment, torture, enforced disappearance, persecution, rape and other forms of sexual violence has relented somewhat, but civilians opposed or perceived to be opposed to the ruling party continue to be targeted.

Burundi decided to withdraw from the Hague-based international court to protest against the investigation of its leaders. Its withdrawal from the ICC took effect on 27 October, a year after it issued a notice to the United Nations (UN) secretary-general as required by Article 127 of the ICC’s Rome Statute. This made it the first out of the 123 state parties to the Rome Statute to take the step since the African Union (AU) adopted a non-binding strategy urging members to collectively withdraw from the ICC. It accused the court of focusing on prosecuting African leaders.

“The withdrawal of one state … is a setback in the fight against impunity,” warned Senegal’s Justice Minister and President of the Assembly of ICC State Parties Sidiki Kaba. His statement expresses the underlying concern that other African states may follow Burundi’s example.

Senegal, together with countries like Nigeria, Botswana, Cape Verde, Cote d’Ivoire, Malawi, Sierra Leone and Tanzania oppose the notion of withdrawing. But with Burundi having made good its threat to leave, there are concerns that some African governments will be emboldened to seek withdrawal despite civil or legal barriers. A number of African states including Gambia, Kenya, Namibia, South Africa, Uganda and Zambia have over the past two years threatened to pull out.

Gambia and South Africa formally notified the UN of their intention to withdraw last year. South Africa became the first of the 34 African states to formalise its withdrawal bid in October 2016 but had to revoke it in February after its high court blocked the process. In February, Gambia reversed its withdrawal notice issued in November 2016 by former dictator Yahya Jammeh, who in December last year lost elections to Adama Barrow. Rights groups accused Jammeh – who mockingly called the ICC the “International Caucasian Court” – of leading a regime that tortured and killed opponents during his 22-year rule.

Kenya’s threat to withdraw is led from the top by President Uhuru Kenyatta and his deputy William Ruto, who both faced indictment by the ICC before their cases were dismissed in 2014. Kenya’s withdrawal process is yet to go before Parliament, where a bill has been tabled for debate. The ruling coalition has won a majority in the country’s bicameral legislature and could easily pass the bill. However, the country’s judiciary has recently displayed assertiveness that could lead to a collapsed process similar to the South African bid.

Like Kenyan politicians, leaders in Namibia, South Africa, Uganda and Zambia support their countries’ withdrawal from the ICC. They claim the court has unfairly targeted African leaders and doesn’t respect the sovereignty of African states. But with strong opposition from citizens who favour continued membership of the ICC, they’re likely to be cautious to avoid a potentially embarrassing collapse of the withdrawal bids.

Namibia’s cabinet supports collective withdrawal by AU states. Ugandan President Yoweri Museveni’s stance on the ICC remains hostile even though Attorney General William Byaruhanga in April said his country hadn’t made any attempt to withdraw from the Rome Statute. Zambia’s government abandoned its withdrawal bid after its citizens rejected it during a nationwide consultation.

Some of the withdrawal bids are likely to give in to pressure from the international community and civil society organisations. African and international organisations have expressed doubt over the proposed AU alternative of an African Court to try international crimes. They question the capacity of governments across the continent to prosecute serious crimes.

The outcome of the next withdrawal bid by an African government will depend on the influence wielded over public opinion by ICC sceptics who – like Rwandan President Paul Kagame – believe the court is about “politics disguised as international justice,” or its proponents. Supporters of the ICC include retired Anglican Bishop Desmond Tutu, who believes that “African leaders behind the move to leave the ICC are effectively seeking licence to kill, maim and oppress their people without consequences”.

Allan Ngari, an international justice expert at the Institute for Security Studies, says although “the momentum for withdrawal dissipated, especially after the January 2017 AU summit”, the decision to pursue investigations against Burundi state officials “will once again bring old contentions to the fore at the January 2018 summit, with African states maintaining attacks on the ICC for interfering with peace processes”. Jitters sent by the ICC pre-trial chamber ruling are evident in reactions by Museveni and Tanzanian President John Magufuli.

Other observers believe that perhaps the ICC sceptics are simply seeking dialogue on reforms that would improve the court, which has the potential to deliver justice when national courts lack the capacity or will to prosecute. The AU ICC “withdrawal strategy” presented a new avenue for dialogue as much as it urged withdrawal.

A debate on reforms could placate the AU and its members. But it is unlikely to convince them to let justice be delivered without political interference on a continent that continues to suffer some of the worst crimes against humanity. DM

President of Burundi Pierre Nkurunziza addresses guests during the state banquet at Tuyhuis in Cape Town in 2014. (Photo: DOC)