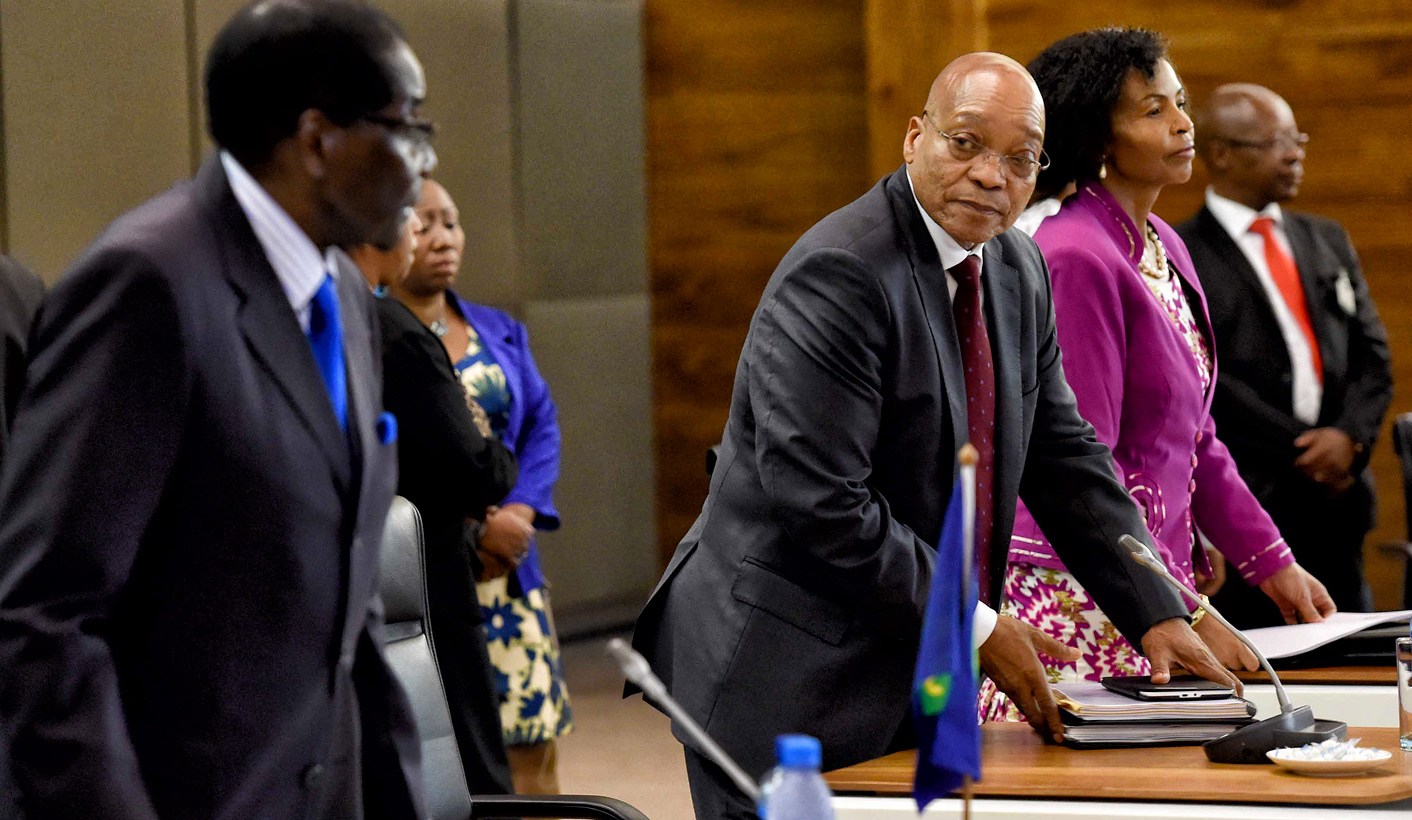 Regional foreign ministers are to meet in Gaborone on Thursday to try to work out how the region should respond to the military 'coup' in Zimbabwe on Wednesday. By PETER FABRICIUS.

President Jacob Zuma, the current chairperson of the Southern African Development Community (SADC), called the meeting of the SADC’s organ on politics, defence and security in Gaborone on Thursday. Those attending will be the foreign ministers of the troika of that organ – Angola, Tanzania and Zambia – plus South Africa’s Minister of International Relations and Cooperation, Maite Nkoana-Mashabane, representing the chair of SADC.

It is expected that the meeting will receive a report from two special envoys whom Zuma sent to Zimbabwe late on Wednesday to meet both President Robert Mugabe and generals of the Zimbabwe Defence Force, who seized power early on Wednesday.

Zuma announced that, in his capacity as SADC chairperson, he was sending Minister of Defence and Military Veterans, Nosiviwe Mapisa-Nqakula and the Minister of State Security, Bongani Bongo, to Zimbabwe to meet both Mugabe and the Zimbabwean Defence Force.

Zuma said he had spoken by telephone to Mugabe “who indicated that he was confined to his home but said that he was fine. South Africa is also in contact with the Zimbabwean Defence Force”.

Zuma’s office said the two special envoys would go on to Angola to meet President João Lourenço, Chairperson of the SADC Organ on Politics, Defence and Security, to brief him on the situation.

SADC faces some delicate choices in deciding how to respond to the military takeover. The ZDF insisted, in a statement read on national TV early on Wednesday, that it had not taken power but was only targeting “criminals” who were destabilising the country. In fact, it has reportedly arrested several cabinet ministers and other senior members of the so-called G40 faction within the ruling Zanu-PF, led by Mugabe’s wife Grace, which is locked in a bitter succession struggle with another faction led by Emmerson Mnangagwa whom Mugabe fired as vice president last week, evidently at Grace’s behest.

Both SADC and the African Union (AU) have clear rules stipulating that governments which come to power by military coup or other “unconstitutional means” should be suspended from the two organisations.

This is probably one of the reasons the ZDF insisted it was not seizing power and that “normalcy”, i.e. civilian rule, would be restored soon.

But, according to some reports, Mugabe is making it difficult for Mnangagwa and the military, by refusing to resign voluntarily.

This might oblige the “coup” leaders to force him to resign and perhaps to declare martial law or a state of emergency. That would clearly make the military intervention a coup and possibly provoke SADC to suspend Zimbabwe. DM

Photo: President Jacob Zuma during the SADC Extraordinary Double Troika Summit in Pretoria, South Africa. On the left is President Robert Mugabe, Chairperson of the SADC Troika meeting and in the background is Minister of International Relations and Cooperation of South Africa Ms Maite Nkoana-Mashabane, 20 February 2015. (GCIS)