Analysis: Zimbabwe – a military coup is no promise of political stability 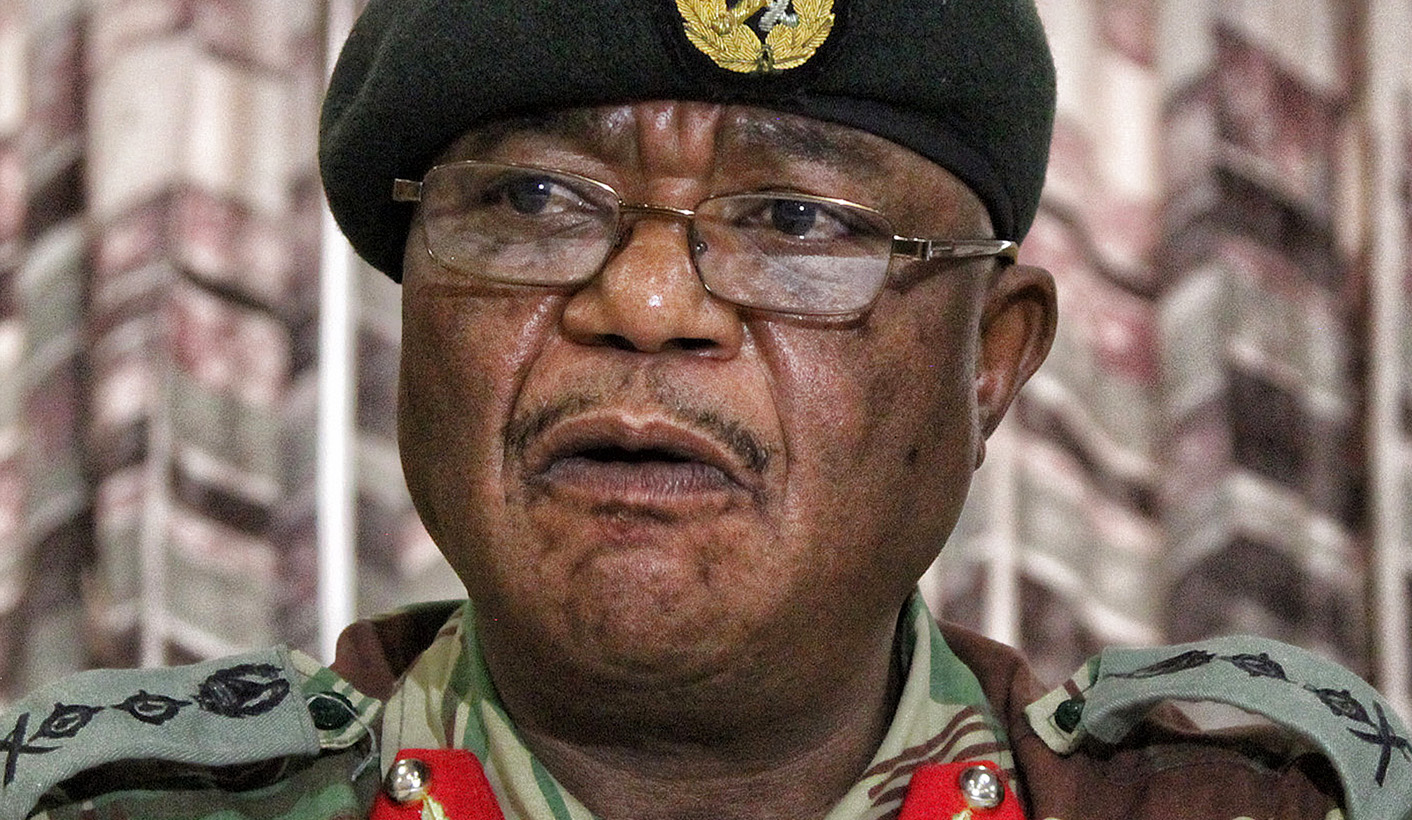 The implosion of Zanu-PF unity comes as no surprise after years of internal conflicts within the party. What does come as a surprise is optimism that the military will bring about a brighter future. By MIKAELA NHONDO ERSKOG.

Bulking military tanks and armed troops have halted the usual blustering traffic and street vending activities down Samora Machel Avenue in central Harare. Leaders of the ruling party have reportedly been arrested, the Zimbabwe Broadcasting Corporation has been seized, and a range of parliamentary, police, intelligence and The Sitting Duck himself have been detained by the Zimbabwe Defence Forces (ZDF) in what is clearly a military coup d’etat. War-time songs are being broadcasted on radio and TV – an eerie gesture to the “victories” and “might” of the military’s past.

Under the claim to be “rooting out criminal actors” close to the presidency and its right to intervene in societal upheavals under Section 212 of the constitution that tasks it “to protect Zimbabwe, its people, its national security and interests and its territorial integrity and to uphold this constitution”, this intervention conveniently has come about only when the issue affects the military’s interests. This is evidenced in Commander of the Zimbabwe Defence Forces General Constantino Chiwenga’s public address, where he points to:

“… [the] reckless utterances by politicians from the ruling party denigrating the military which is causing alarm and despondency within the rank and file… [and the] current purging of which is clearly targeting members of the party with a liberation background must stop.”

Some Zimbabweans are frantically texting their personal networks trying to get the latest intelligence on the matters. Others are cautiously leaning their ears closer to the stereo to hear the speculative whisperings. A large section of the population is vocally celebrating the imminent downfall of President Robert Mugabe.

As Mutare local and political activist Tinashe* shared, “[The] sentiment on the ground is that the general populace is celebrating what they view as a victory against Mugabe’s dynasty and tyranny of over three decades. There is no possibility of [popular] uprising.” She further explained, “Zimbabweans are generally happier in the hands of any order other than Mugabe’s, whether civilian or military.”

Journalist and analyst on African Affairs Izak Khomo spoke frankly about the coup coming as a result of ruling party Zanu-PF internal fractures. He does not see the party recovering from this moment. The implosion of Zanu-PF unity comes as no surprise after years of internal conflicts within the party and with the military veterans being witnessed publically alongside the state’s continued denigration of human life in all aspects of its society.

What does come as a surprise is optimism that the military will bring about a brighter future. In the latest coverage of the actions unfolding in their neighbouring country, Newsroom asked its Twitter public, “Can the military bring in political stability in Zimbabwe?” Seventy ercent of the 1,000-odd voters in that poll answered “yes”. While this is not evidence of the Zimbabwean citizenry’s opinions, we have to consider what a military coup actually means rather than debating whether or not it is in fact a coup.

Many Zimbabweans eagerly welcome any possibility of ending “Baba” Mugabe’s ruthless regime and the military look like the ones to do it. What remains uncertain is if a military intervention can bring “political stability”. It might be premature to make any definitive observations about the ongoing situation. Yet, uneasily, we must ask: are we making the right (or rather “Left”) considerations about the coup?

Historical trends and outcomes of military coups indicate how this might bring the very opposite of the aspirations of the Zimbabwean people. One of the most famous coups that resulted in worsening socioeconomic conditions and military dictatorship was the 18th Brumaire of Napoleon Bonaparte in late 1799, which effectively smashed the momentum of the French Revolution. The history of military coups in Nigeria (in 1966, 1975, 1983, 1985, 1990 and 1993) have shown the fallacy in the idea that military forces can bring political stability.

Military coups that are not led by mass civilian participation and advocacy have seldom ended in a liberation of the oppressed populations. The coup that took place during the 1917 Revolution in Russia was successful because it came out of mass civilian protest and public participation, and was accompanied with much needed military backing.

Many have their ears tuned in to this military orchestration. Zimbabwean political commentator and long-time activist Pishai Muchauraya said, “They are also trying to be smart by not engaging in violence and also promising peace and stability so that other countries do not condemn them… This is a bloodless coup.”

Muchauraya continued to state that this military takeover is not about bringing in any democratic or political stability but rather about which sect of the ruling party will hold the most power in its control of the nation and access to the nation’s remaining resources.

Like the blind man positioned at the left hind leg of the elephant, at this stage we are only able to describe the elephant in terms of the small parts we are able to feel out. Be not mistaken, however: the elephant is a large mammal to all the blind men. The situation in Zimbabwe is one of a dissatisfied ruling elite using their monopoly on violence to manipulate and control society. This will not change the fundamentally oppressive and inegalitarian structures of that society. We must agree on this or risk deluding ourselves about the moment we are in. Tentatively see the opening that comes with removing Mugabe from government, but do not be shortsighted about the clampdown that can come with a military regime. DM

* Name has been changed for the safety of the source

Photo: Zimbabwe National Army commander Constantino Chiwenga addresses a press conference at the army headquarters in Harare, Zimbabwe, 13 November 2017 (issued 15 November 2017). During the press conference Chiwenga called for an end to purges in the ruling Zanu-PF adding that security forces will try to stop those who intend to destroy the party. EPA-EFE/AARON UFUMELI

Mikaela Nhondo Erskog has an MA in History at the University Currently Known as Rhodes. She was a fellow at the Unit for Humanities at Rhodes University. She is a researcher for Pan Africa Today. Erskog is associated with the Movement for Socialism in Numsa and the Numsa Research and Policy Institute. Her current interests are in struggles of 1917 revolutionary Russian women.