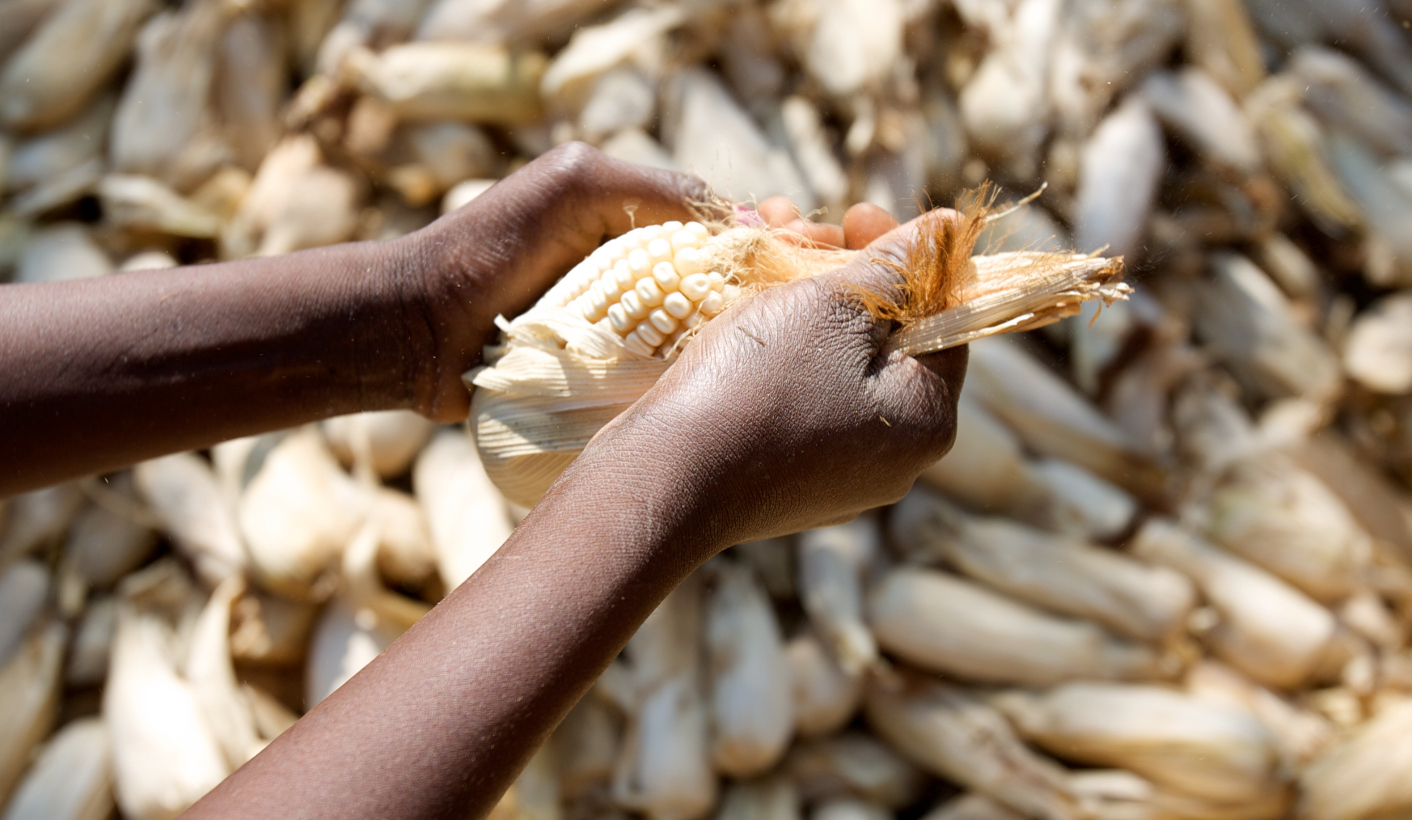 A study by four university academics has found that on average the Malawi's 12,000 prisoners receive just 17% of the recommended daily food provision and that 89% of them are severely food insecure. A prominent prison rights activists has blamed erratic government funding for the scandal, saying that it has made approved foodstuff suppliers reluctant to enter supply contracts with the prisons. By Thokozani Chenjezi, Centre for Investigative Journalism Malawi, for AMABHUNGANE.

“We need to change government’s mindset,” said Victor Mhango, of the Centre for Human Rights Education Advice and Assistance. “They think prisoners are not entitled to human rights because they committed offences, forgetting that we are all potential candidates.”

Said one of the prisoners interviewed by the Centre for Investigative Journalism Malawi (CIJM): “The government takes the hunger situation as a norm, so I don’t see anything changing.”

One consequence of food shortage is corruption. Inmates told CIJM that the cooks, who are recruited from among the prisoners, demand monetary or other bribes to provide larger portions, and that those that lack the means to pay suffer the worst pangs of hunger.

The inmates also said that the cooks themselves and the head prisoners, known as nnyapala, receive more food than other inmates.

Research conducted by Hastings Moloko, Davis Ng’ong’ola, Joseph Dzanja and Thabie Chilongo, of the Lilongwe University of Agriculture and Natural Resources, found that 95% of Malawian prisoners suffer from food insecurity; 89% are severely food-insecure; and that only five percent are food-secure – but only because they receive additional food from home or relatives.

“A food insecurity gap index of 0.8279 in Malawi prisons meant that there was, on average, an almost 83% shortfall in food … from the (United Nations) food security threshold of 2 100 kilo calories per day per person.

“In other words, prisoners received about 17% (or 357 kilo calories) of the recommended daily provision,” the report finds.

It adds that to make the prisons food secure, additional expenditure of $2.07 (1,502 Malawi kwacha) per prisoner per day is required.

The experience of food insufficiency was assessed in interviews with prisoners using 11 different tests, including whether they felt anxious about food, ate unwanted food, went to sleep hungry, had gone a day and night without eating, supplemented prison food with food from outside, and used shameful methods to obtain food.

The research revealed that 61% of those interviewed suffered from persistent feelings of anxiety about food availability.

Up to 54% of the inmates reported eating unwanted food, while 76% perceived themselves as eating a smaller meal than they wanted, with 54% feeling this was the norm.

The majority, 81%, perceived themselves as eating a limited diet, comprising maize flour (nsima) with peas and beans.

Twenty-two percent of the prisoners perceived themselves as going to sleep hungry at night. Twelve percent said they had gone a day and night without eating because the prison had no food, and 48% said they augmented their prison diet with food from outside.

“Some 62% of the prisoners perceived themselves as using shameful means of obtaining food, such as begging or stealing from other inmates”.

Mhango said the report was a true reflection of the food crisis in Malawi’s prisons and that the Malawi Prison Inspectorate had made similar findings.

He said his organisation had campaigned for increased resource allocation to prisoners and greater awareness of their rights, and that in one particular year the prisons budget was increased. However, this improvement had not been maintained.

He urged the government to make the prison service self-reliant in food production, saying the department could help counter broader food insecurity in Malawi.

Malawi Prison Services spokesperson Smart Maliro failed to answer questions about the food crisis over a period of three weeks.

The department’s standard minimum rules for the treatment of prisoners provide that “every prisoner shall be provided by the administration at the usual hours with food of nutritional value adequate for health and strength, of wholesome quality and well prepared and served”.

In a ruling in 2007 the High Court also found that the “minimum standards set by the (1955) Prisons Act have outlived their time and ought to be amended to… to meet nutritional needs of the prisoners to address new health challenges of inmates”. The 1955 Act is still in force. DM

Photo: A Malawian woman husks corn with a group of women in her village on the outskirts of Lilongwe, Malawi. Photo: Stephen Morrison/Africa Practice (flickr)