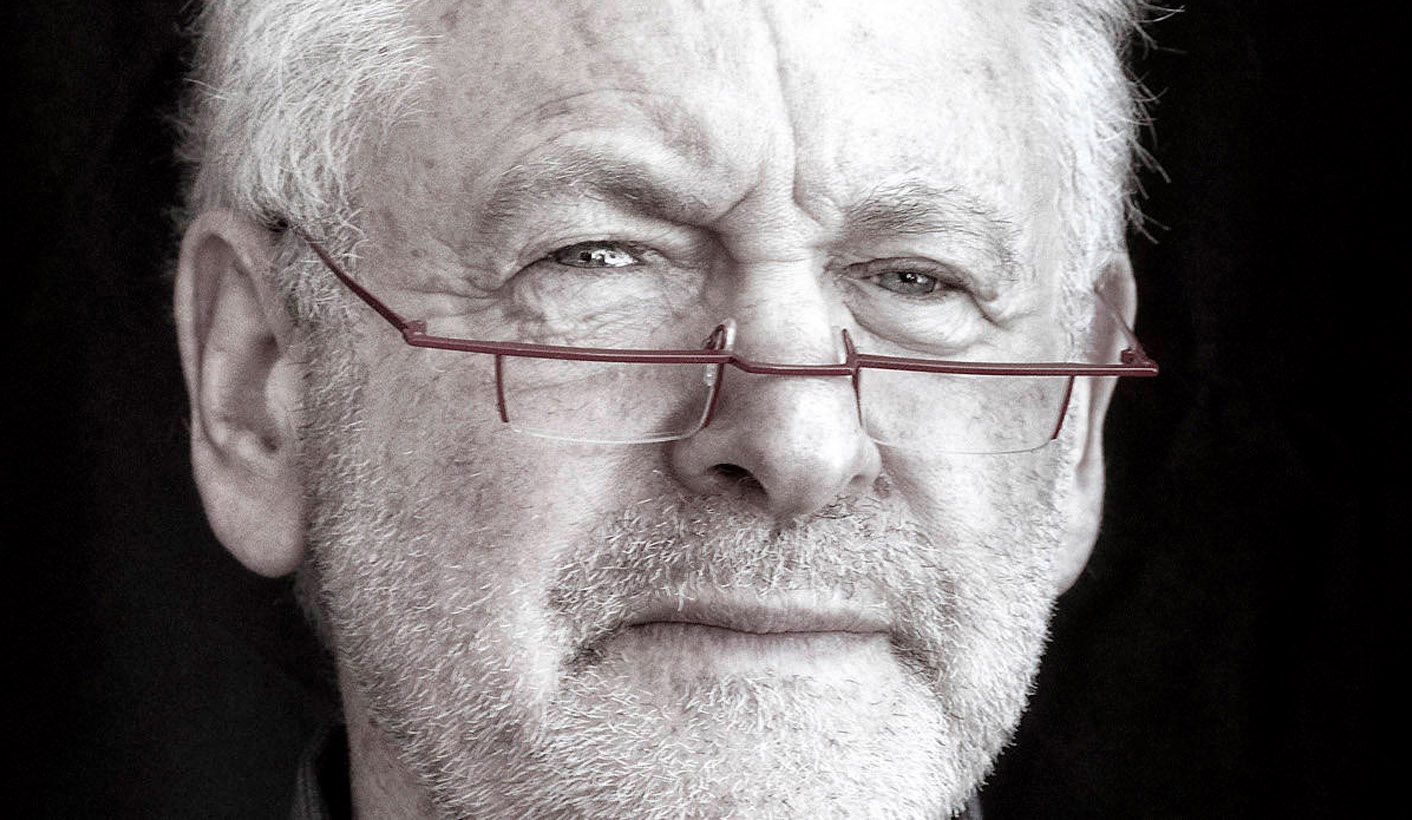 The enormity of the scandals that engulf the Jacob Zuma Presidency means that our focus tends to be on what is covered by the media at any particular moment. At this time, and correctly, a great deal of attention is devoted to the question of State Capture. But should it be possible to remove Zuma it is important that all the components of this anti-democratic period are eradicated. Consequently, we should not forget, amongst other factors, the intensely violent character of Zumaism. We need to re-commit ourselves to entrenching the principle of non-violence as the basis for our relations between the inhabitants of the country. By RAYMOND SUTTNER.

Much media coverage currently focuses on the “race” for the ANC presidency, “slates” of individuals who would apparently form part of the candidate’s team should s/he be elected, tallies of branch support, “king makers” and similar matters. This all contributes to the further trivialising of South African politics, reducing it to the travails of a range of personalities who contest for the ANC leadership. It is important that Jacob Zuma leaves the leadership of the ANC. But he will remain president of the country and departure from that office will not necessarily be secured through election of someone who is not his choice in December.

But the public needs to be provided with more than reportage of this or that meeting and who is supporting this or that individual and who is on or likely to be on their “slate”, with little enunciation of policies and visions, if any. The vision we need must obviously also relate to the practices from which we wish to escape, that which needs to be remedied or eradicated.

If we are concerned about removing Zuma and Zumaism we need clarity regarding what it entails. In this regard, academics, the South African Council of Churches and investigative journalists have provided powerful analysis and continuing troves of evidence on the parallel state that has evolved. This “capture” of the state has been effected in order to undermine state functioning for the benefit of the citizens of the country. Instead it diverts resources into the pockets of the Guptas and the President, who has sworn an unwritten oath to serve them.

This understandable and necessary public attention focused on corruption and state capture and the looting of resources, risks by the enormity and scale of revelations to displace the attention that is also necessary to other features that comprise the scandalous character of the Zuma-led state. It is not an academic question that requires the uncovering of all significant qualities. The public wants to know that when Zuma goes there will be a cleansing of all that operates antagonistically to or undermines South African freedom and the well-being of all the country’s inhabitants. I speak of “inhabitants” and not only “citizens” because I hold by the Freedom Charter’s enunciation that South Africa belongs to “all who live in it….”

It is important to note that the extent of harm caused by looting and state capture extends well beyond the appropriation of state resources. It is a form of violence, in that it undermines the right to dignity and well-being of all those who are meant to benefit from the funds that have been diverted.

It is necessary that we give adequate weight to these other features, within the acts of state capture and corruption and interrogate their multiple meanings and implications, for it impacts on people and society in many different ways.

My concern here is with one of the meanings of the violence that we currently experience, the meaning conventionally associated with the word, the omnipresence of physical force in South African society. This deployment of force is so regular and visible and also invisible a feature of South African society that all know about it and it has in a sense become “normalised”, something that is there and one hopes will not reach one, and leads one to lock this and that and take a range of precautions, within the means one has at one’s disposal. There is a continuing fear and anticipation of danger-but it is taken as a fact of life.

Violence has indeed always been a feature of the country. It is part of the history of this geographical area, long before it was known as South Africa. That is how the geographical entity that came to be known as South Africa was created, through conquering the indigenous peoples by force of arms –first the Khoi and the San, almost exterminated in the case of the latter and the gradual conquest of almost all the African peoples, comprising a series of wars.

This set in motion a trend whereby problems in South Africa have come to be addressed or underpinned traditionally through the use of force, rather than reasoning. He (and seldom she) who has the power has been able to “resolve” a problem or make decisions that bind others through deploying force. Under apartheid, force determined the location of black people in inferior, arid and restricted areas and in the case of whites extensive and fertile areas of the country. Force underpinned the allocation of rights, found in most western democracies, to the whites of the country and denial of rights or rightlessness, found in most colonies, to black people. The containment of black people within the allocated areas and bearing the condition of rightlessness depended on periodic “exemplary” force, force that signified who was “entitled” to power and who had no such entitlement.

What does violence towards another human being signify?

When an act of violence is perpetrated against another the human quality of that person is extinguished. The person is reified, becomes a thing. At a macro level when an army fires on the “enemy”, no matter how just its cause may be it immediately extinguishes the human qualities of those on the other side. They are no longer of significance as human beings with various personal traits. Their significance resides in the numbers they represent and the power they constitute through the weaponry they command. Both the weaponry and the human components of “the enemy” need to be extinguished or neutralised for warfare to be successful waged. This is as true of wars of aggression as it is of what are called just wars, in our case the war of liberation.

The new democratic order inaugurated in 1994 was intended to honour human dignity and respect the qualities of all human beings. Such a pledge found in various formulations in both the Freedom Charter and the Constitution is incompatible with resort to violence, except on an exceptional and limited basis in relation to definite threats.

Post-apartheid South Africa has never unqualifiedly endorsed non-violence, despite the provisions of the constitution entrenching peace. The prevalence of militaristic struggle songs has helped the culture of violence to persist, as demonstrated by Zuma’s use of the song umshini wam, meaning bring me my machine gun, in his rape trial and subsequently, the threat of Julius Malema, Zwelinzima Vavi and others to “kill for Zuma” prior to the ANC’s Polokwane conference. This was a marked contrast to Nelson Mandela’s saying he was, if necessary, prepared to die –not for any human being, but for the freedom of the people of South Africa and the values then embodied in the ANC. Mandela understood that the use of force had to be carefully justified, as he carefully explained in his statement from the dock in the Rivonia Trial.

We need to discuss and agree how we treat the principle of non-violence. My view is that it is, like peace, a principle with universal application. That does not mean that there are no circumstances when the use of force or warfare is justifiable. There are exceptions, as with the use of force in self-defence or a just war against colonial occupation. But these departures from the non-use of force, are exceptions. They do not become norms, but remain deviations, more or less justifiable from what exists as a universal principle of peace and non-violence.

Non-violence is intrinsically linked to respect for all human beings. This is one of the fundamental distinctions between apartheid and the democratic order that was intended to be inaugurated. Violence, by its nature, even if for a noble cause is disrespectful of the quality of human personhood in its effects.

If that is the case there can be no toleration of the Minister of Police exhorting police to use force that goes beyond what is necessary in order to contain a danger that they may face. There can be no celebration of toughness and machoism, because these are the routes taken in celebrating violence itself.

In the minds of many people the use of violence remains closely associated with bravery. It is also linked to macho militarism. It is urgent that we redefine notions of valour and heroism and find ways of instilling deep respect for non-violence. Such reverence for peaceful relations underpins respect for one another as free and equal human beings. DM

Raymond Suttner is a scholar and political analyst. He is a Part-time Professor attached to Rhodes University and an Emeritus Professor at Unisa. He served lengthy periods in prison and house arrest for underground and public anti-apartheid activities. His prison memoir Inside Apartheid’s prison has recently been reissued with a new introduction covering his more recent “life outside the ANC” by Jacana Media. He blogs at raymondsuttner.com and his twitter handle is @raymondsuttner

Photo: Raymond Suttner is a political analyst who served lengthy periods in prison and under house arrest during apartheid. Photo: Chris Snelling