Newsflash: Manana sentenced to 12 months in prison or R100k fine 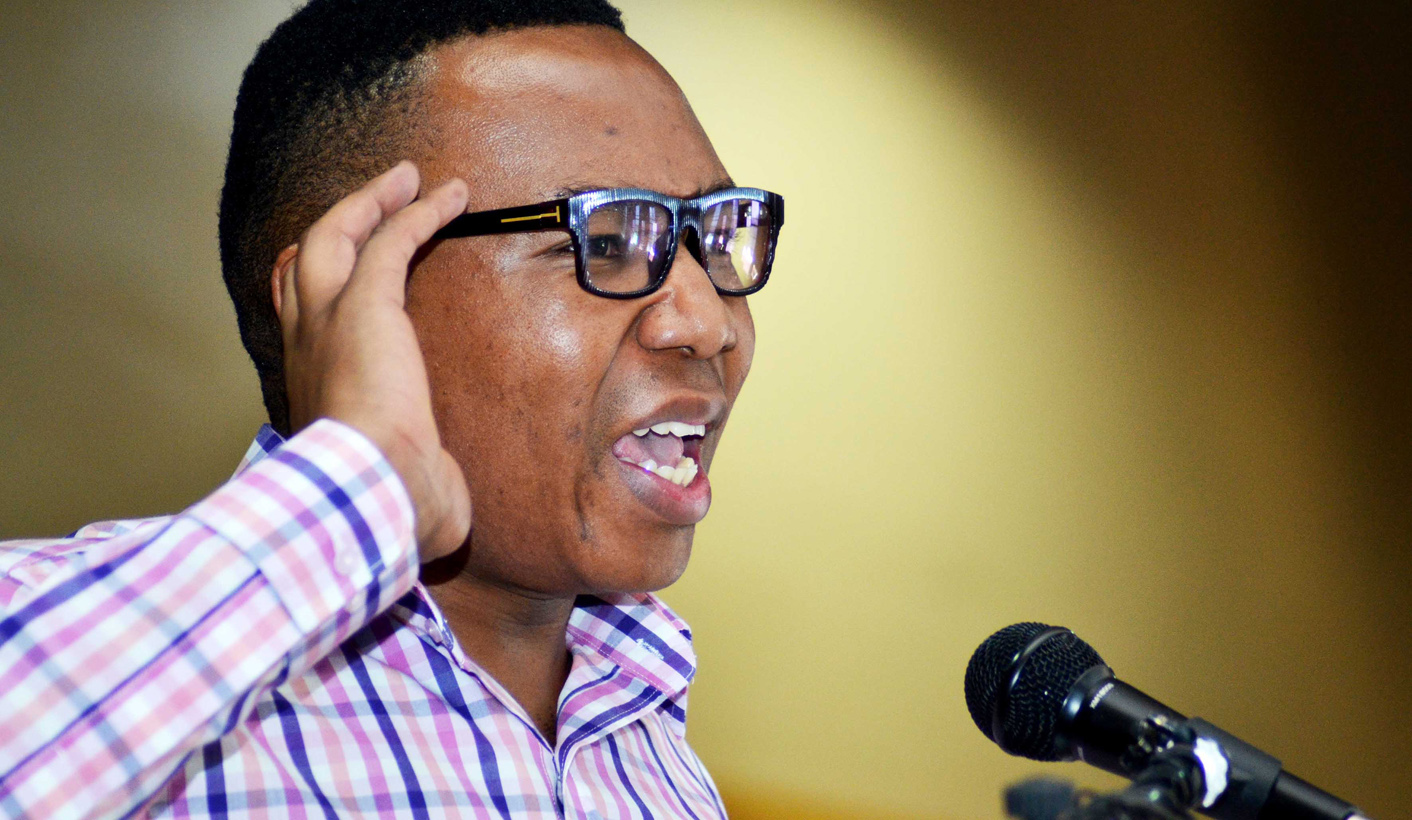 Former deputy minister of higher education and training Mduduzi Manana will have to pay R100,000 this week to avoid 12 months imprisonment for assaulting three women. By GREG NICOLSON.

Magistrate Ramsamy Reddy in the Randburg Magistrates Court on Monday sentenced Manana to either 12 months in prison or a R100,000. He will have to attend an anger management programme and spend 500 hours working on a community service programme.

In September, Manana pleaded guilty to three counts of assault with intent to cause grievous bodily harm. He and two friends assaulted three women – Noluthando Mahlaba, Monoisa Duma and Thina Mapipa – at the Cubana nightclub in Johannesburg’s Fourways in August after an argument where one of them called him “stabane”, a homophobic slur.

Manana was also ordered to compensate the victims for the medical costs and damages to property they incurred due to the attack. In total, he will have to pay over R26,000 to the victims, in addition to the R100,000 fine.  Reddy said the attack included a “great degree of violence” so Manana was deemed unfit to possess a firearm, which his counsel argued against.

“It is not expected by people in Mr Manana’s position to take the law into their own hands without any consequences,” said Reddy. He said being called “stabane” was degrading but did not justify Manana’s actions.

Reddy said Manana pleaded guilty and didn’t waste the court’s time, willingly received counselling and resigned from his post as deputy minister. “This all indicates remorse on the part of Mr Manana.” He said Manana could still be a productive and useful member of society.

“It was degrading for them as women to have experienced such a violent act,” said the magistrate, noting that the victims’ would have to continue to live with the humiliation of their public attack.

The court was full on Monday with dozens of ANC Youth League supporters in the gallery to support Manana. They erupted into applause after the sentence was delivered and sung in support of Manana while outside of court  EFF members protested against the former deputy minister. A scuffle broke out between the two parties’ supporters.

Manana resigned from his Cabinet post in August after widespread public outcry, but remained an ANC MP. He was replaced as deputy higher education and training minister by Buti Manamela. DM