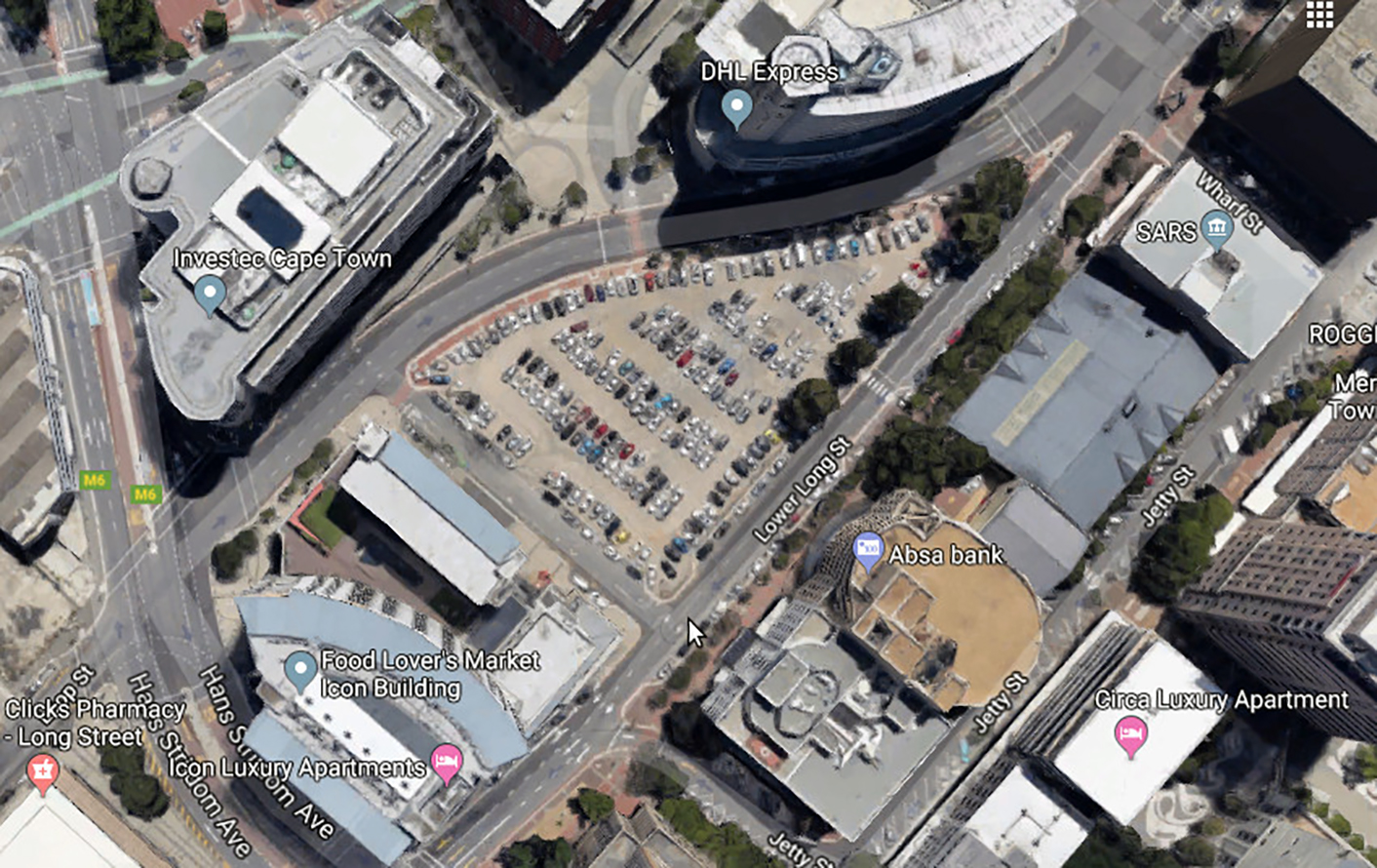 City official cites confidentiality when grilled by councillors. By Steve Kretzmann for GROUNDUP.

Plans to develop Cape Town’s unfinished freeways on the Foreshore are delayed. A bid evaluation committee had to evaluate six proposals, but the committee has been scrapped in controversial circumstances. The reasons for the delays remain unclear after Melissa Whitehead, Commissioner for the City’s Transport and Urban Development Authority, responded opaquely to questions on Thursday.

Whitehead said there was a deadlock over “scoring methodology”. She was being questioned by opposition councillors during a portfolio committee meeting on Thursday.

The unfinished highways are known colloquially as “Solly’s Folly” after Solly Morris. He was the City engineer in the 1970s at the time they were built and then scrapped midway (see this IOL article).

The development of the Foreshore Freeway Precinct is part of the City’s “urban catalytic investment”. The six rival proposals were unveiled with fanfare and displayed at the civic centre in March this year. You can see presentations of the proposals on Youtube.

At the time, Transport and Urban Development Mayco Member Brett Herron stated that the development of the six-hectare strip of prime land was “a once-in-a-lifetime opportunity to reshape one of the most valuable, vital and iconic precincts in the Mother City”.

Development proposals had to address traffic congestion and the provision of affordable housing, as well as “leave us with a lasting legacy”, said Herron.

The developers behind the proposals were kept under wraps, and the bid evaluation committee was supposed to announce the winning bid by the end of July.

However, August and September came and went, and the bidders wondered what was happening. They received a letter from City Manager Achmat Ebrahim stating he had reconstituted the bid evaluation committee as he had “developed some discomfort” with the committee’s composition and process.

Whitehead was a member of the bid evaluation committee but was removed. So was the newly appointed director of urban catalytic investments, Frank Cummings, who was controversially fired on 11 October at the end of his initial six-month probation period.

A Sunday Times article, Tender wrangle puts brakes on ‘freeways to nowhere’ dream, published on 28 October, states that two sources “with intimate knowledge of the committee’s work” said the bid committee was scrapped because Whitehead “clearly favoured a particular” bid. It claims she used threats and coercion to get bid committee members to support her choice.

ANC councillors in the Transport and Urban Development Portfolio Committee demanded answers to these allegations. Whitehead responded that supply chain management procedures bound her to confidentiality. All she could say about the scrapping of the initial bid evaluation committee was that “it was a process in relation to the methodology of the scoring which was primarily the issue”.

Councillor Charlotte Heynes asked why not a cent had been spent of the R1.5-million urban catalytic investment capital expenditure budgeted for this financial year. Whitehead replied that the Foreshore freeway project had been held up as “unfortunately there’s been a problem due to the non-performance of the director (Cummings) during his probation period and his service was terminated”.

However, she later backtracked when councillor Wela Dlulane said if Cummings’s dismissal was the reason for the delay of the Foreshore project, she should provide “clear reasons” why he was fired.

She then denied earlier stating Cummings’s departure had delayed the project. Rather, he was fired for non-performance on other urban catalytic projects.

She said she did not want to discuss his dismissal further as it was “sensitive human resource information”. But she said it was not linked to delays on the Foreshore project.

“The issue with regards to the BEC [bid evaluation committee] was a different process. The individual concerned was on the BEC, that is correct, just as much as I was … and the City Manager took it upon himself to reconstitute the BEC.”

As for allegations of her influencing the BEC, she said she had written a report to the City Manager. But, she claimed, if she disclosed the contents of her report she would be breaking supply chain management processes of the City, even though she was no longer on the bid committee.

She said the new committee was “on track” and the winning bid would be announced at the end of this month. DM

Photo: An unfinished highway on the Foreshore of Cape Town. Photo: Meraj Chhaya/(Flickr).