Declaration of Interests: Zuma must face up to allegati...

Declaration of Interests: Zuma must face up to allegations – Maimane 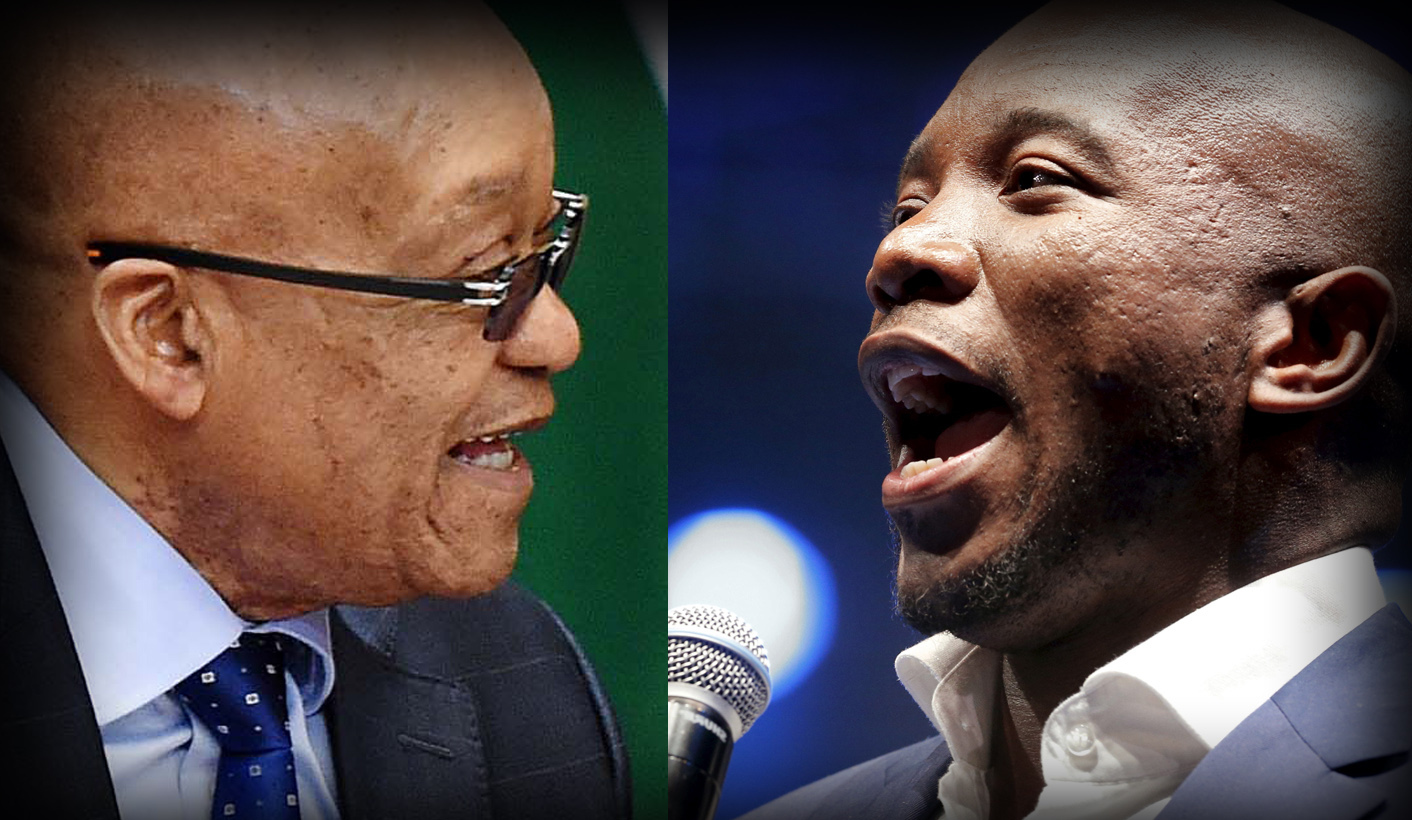 Mmusi Maimane views President Jacob Zuma’s recorded declarations of interest following the release of Jacques Pauw’s book The Presidents Keepers which claims Zuma received a salary other than his presidential one during the first four months of his presidency. By ORATENG LEPODISE.

If  President Jacob Zuma received a R1-million salary from Roy Moodley as alleged in Jacques Pauw’s book, The President’s Keepers, he did not make this known through his declaration of interests.

On Monday, opposition leader, Mmusi Maimane visited the Union Buildings to view Zuma’s declarations dating back to 2009 and for all the years of Zuma’s presidency.

“This is regarding the allegations that Zuma had received a R1-million salary from Mr Roy Moodley’s company Royal Security while he was President,” said Maimane in a press statement last week.

Last week  Zuma did not answer a direct parliamentary question over whether he received any payments from Moodley or his company when he became President nearly a decade ago, except to say that payments he received since taking office had been declared.

“I can today confirm that President Jacob Zuma did not declare any salary earned in the 2009-10 financial year in the register of his financial interests. The only mention in the register of Mr Roy Moodley was the President’s use of Mr Moodley’s Durban beach front property in 2016,” Maimane said after viewing the declaration made available to him by Secretary of Cabinet Dr Cassius Lubisi.

The President is required by the Executive Ethics Code to disclose the particulars of all his financial interests to Lubisi, once a year. This includes all shares and interests in corporate companies, sponsorships, gifts and donations, hospitality, pension, and foreign travel.

Maimane said the failure by Zuma to declare this was a breach of the Executive Ethics Code in that it pointed to a use of his position to enrich himself, created a potential conflict of interest, that he received remuneration for work outside of his executive function and had failed to disclose this.

“The million rand per month has not been declared. Someone is lying to us and I doubt that it is Mr Pauw,” said Maimane, adding that a Public Protector investigation was needed.

According to the documents viewed by Maimane, the following declarations, among others, were made by the President:

Maimane added that the President made no declaration on Nkandla or the loan that he got from VBS bank for his homestead’s upgrades.

“I was dissatisfied with what was presented to us, it is clear that there are a lot of hidden issues,” said Maimane, adding that no declarations has been made regarding Nkandla, no trips have been declared and no donations were declared.

“We need a leader in the Presidency (who) has integrity, we cannot not have a leader who is getting additional income and is lying about it,” said Maimane.

Maimane stated that the public record does not give amounts for the items given to the President. For example, the Black Management Forum headed by Jimmy Manyi gave the President a silver watch but no value was put to it, nor was there a description as to what kind of silver watch watch it was.

“We need to know if the allegations made in Mr Pauw’s book are false, if they are it is the duty of the President to ensure that he clears all allegations made against him,” said Maimane. DM