Trainspotter: Keeping the President – Securocrats on the Rampage 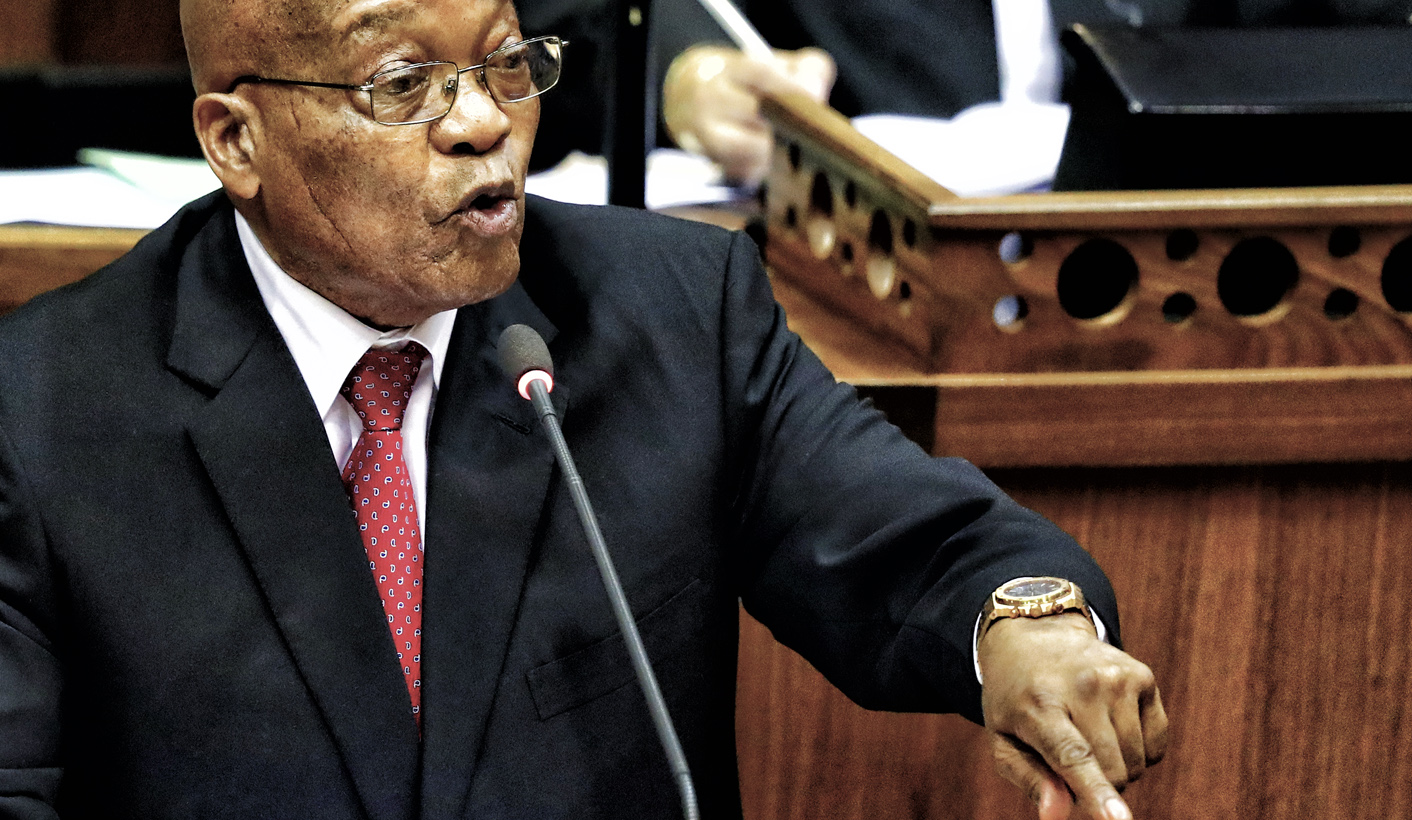 One of the great ironies pertaining to human society is the following: when huge institutions implode, comedy is the principal byproduct. Sure, there will also be loads of death, mayhem, misery, and hastily silk-screened t-shirts. But for the most part, there’s the yuks. Only with this in mind is it possible to understand the motivations behind the State Security Agency laying charges against journalist Jacques Pauw, for revelations contained in his new book, the bestselling ‘The President’s Keepers’. By RICHARD POPLAK.

As Pauw has recently made clear – and he is by no means the first journalist to furnish punters with this information – the intelligence community is devoted less to the protection of the nation’s interests than it is to ring-fencing President Jacob Zuma’s cabal. The SSA’s activities have been both criminal and treasonous – running cigarette smuggling scams; the wholesale dismantling of the South African Revenue Service; generally being assholes. As with most of the critical institutions that form the ligature of the state, the SSA has been wholesale captured by Jacob Zuma’s cronies, who are trying to hide the fact that he is an (impeachable) tax cheat. And so their attempts to block the book – already widely distributed in both hard copy and PDF samizdat form – are perhaps not the best way to expend the agency’s (admittedly unlimited) legal resources.

Why is this happening? There’s a convincing argument to be made that the SSA have an illicit stake in book publishing – much like their highly-lucrative tenure as cigarette smugglers – and that drumming up interest in Pauw’s book will result in millions in off-market book-selling cash.

Believe us when we say that everyone at this publication wishes that to be the case.

But there is, of course, very little upside to the book business, unless you happen have an unequivocal smash hit like Pauw’s. And Media24, who owns the Tafelberg imprint under which The President’s Keepers is published, is now having a fabulous year. You simply cannot buy publicity like this. The spooks want this thing banned? I’ll take twelve! (This was the argument advanced by Benjamin Trisk, Exclusive Books’ CEO, in an inelegant address at the book’s launch on Wednesday night.)

The book’s revelations, however, are no joke: they present a coordinated and well-oiled operation devoted to sustaining Zuma’s looting machine. The geniuses protecting us from, say, Russians incursions into state affairs (ha ha!) have instead sent two cease and desist letters to Pauw and the publishers, insisting that the book is replete with inaccuracies, AKA accuracies. On Thursday, charges were laid in Pretoria. Ever diligent, SSA agents hung around to make sure everything progressed tickety-boo.

“The charges relate to the contravention of certain sections of the Intelligence Services Act. The normal cause (sic) of investigation will follow and the matter will then be debated in court,” said SSA spokesperson Brian Dube. SARS, under Zuma rent-boy Tom Moyane, will likely follow suit.

(Let’s just say that the pathetically under-motivated SARS chief has a starring role in the book.)

According to the Hawks spokes-hack Hangwani Mulaudzi, “Our serious organised crime unit is now investigating those allegations and no charges, or no person has been fingered in this investigation.”

Was Mulaudzi finally suggesting that the Hawks were going to take state capture revelations seriously? Um, not quite. He was entirely focused on the book itself, rather than its contents.

“This is in reference to the National Strategic Intelligence Act. The Act stipulates clearly that no person is allowed to disclose, divulge [or] leak classified information,” he said.

But this, sadly, is not the case. As Constitutional law expert Pierre de Vos couldn’t help but note, the SSA are going after Pauw on Section 26(1)(f)(i) of the Intelligence Services Act, which prohibits a former agent “from disclosing classified information to anyone else (unless permission is granted).” But Pauw is not a former SSA agent. “Furthermore, section 27(1) of the Act prohibits a former member (but not a journalist like Pauw) from disclosing certain information about his work at the SSA to anyone else,” continued De Vos.

There is nothing the SSA can stand on – not point of law, no statute, no customary right. They have no case. They are exercising what they would consider their power to intimidate, but as the state wanes, so does their influence over its subjects. This is just a complete waste of time, resources and brain power.

And yet, the intention is to chill the will, to kill the impulse of the next publisher or journalist who endeavours to prove the president a common tax cheat. This year has been an extraordinarily rich one for South African non-fiction, and to ban a book that doesn’t contravene hate speech or libel laws, to say nothing of the Intelligence Services Act, is to ban all of the books that have detailed the failing of the state: Redi Thlabi’s Khwezi: The Remarkable Story of Fezekile Ntsukela Kuzwayo, Sisonke Msimang’s Always Another Country, Pumla Dineo Gqola’s Reflecting Rogue: Inside the Mind of a Feminist.

Ban one book, you ban them all: this is an inviolable lesson of history. More to the point, you deem one book more incendiary than the next – a false equivalency that inoculates meaning – while the trio of subtly if genuinely subversive books mentioned above are arguably far more damaging to the state than The President’s Keepers could ever hope to be.

And yet, the SSA bumbles ahead. They’ll fail, of course, gumming up the courts and the judicial system, burning more taxpayers’ money in service of keeping Zuma out of jail.

It’s hilarious, no question – a genuine laugh-a-minute farce. Sadly, however, the laugh is on us. DM