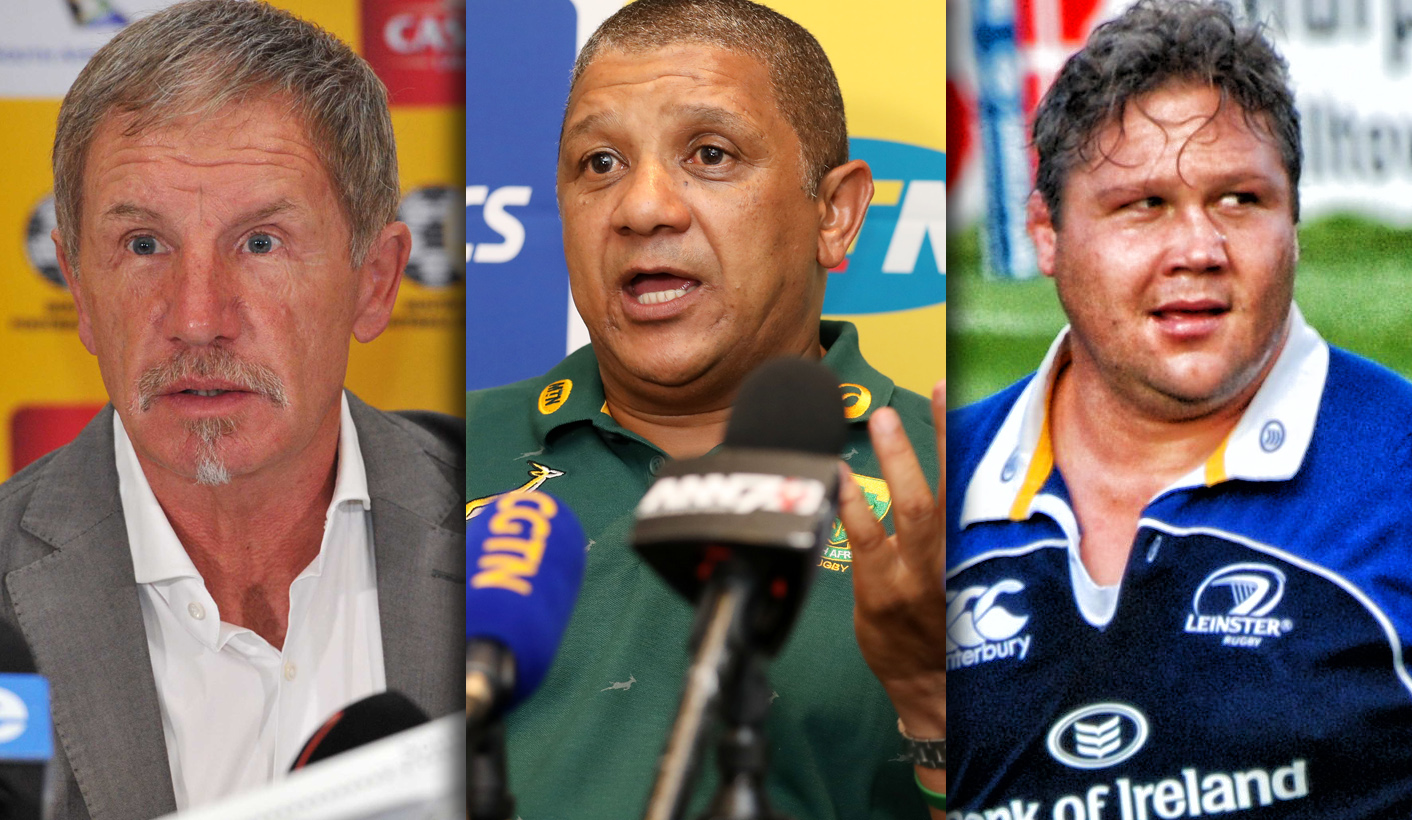 Two South African coaches – Allister Coetzee and Stuart Baxter – both have defining weekends coming up in their respective codes. And while they didn’t mince their words in their press conferences, at least they didn’t suffer a bad case of verbal diarrhoea, as one Ollie le Roux did. By ANTOINETTE MULLER.

Two of South Africa’s national teams – the Springboks and Bafana Bafana – will be in action over the weekend in defining encounters, albeit for very different reasons.

For the Boks – and coach Allister Coetzee – it’s the beginning of a tough European tour, where they need to show they have learned how to close out tight games. Coetzee was under no illusions about the pressure cooker lying ahead. He acknowledged “hellish challenges” awaiting in Europe.

“Playing in Europe means different weather, different styles of play and different interpretations of the breakdown laws by referees. Our opponents are likely to be very good at tactical kicking and challenging for the ball in the air.

“We need to start winning close matches, too, having failed to do so three times this year against New Zealand and Australia,” said Coetzee.

Add to that the fact that the Irish are still pretty miffed about finishing third in the pecking order of preferred candidates to host the 2023 Rugby, and it’s bound to get pretty tetchy in Dublin.

Eben Etzebeth admitted that “the success or failure of our season hinges on what happens in Europe” so no one is taking the end-of-year tour lightly. And while the Boks have shown some improvement this year, cynicism remains and only a good start over the weekend will quell the doom and gloom.

On home soil, it’s the last chance saloon for Bafana Bafana and Stuart Baxter. They take on Senegal in Polokwane in an attempt to sneak in through the backdoor and qualify for the 2018 Soccer World Cup in Russia.

In keeping with the theme of coaches not mincing their words, Baxter described the team as “having knives to their throats”.

Bottom-of-the-table Bafana Bafana face Senegal in Polokwane and Dakar on Friday and Tuesday respectively, and must win both matches to snatch first place in Group D. The matches are being replayed after the 2-1 win by Bafana last November was annulled due to FIFA finding the Ghanaian referee guilty of “match manipulation”.

But Baxter did manage to find an inkling of positivity, believing the pressure would all be on Senegal because they are “expected” to qualify. However, it wasn’t a week of platitudes for the coach. He also had a pop at all the naysayers, calling for the pessimists to get behind the team.

“Wow! We are on camp and we are going to play two very‚ very important games, and you are highlighting for me that there are people who have already written us off‚” Baxter said.

“If they (the doubters) are South African‚ I would say get a grip on yourself, for goodness’ sake. I’d say we have one game‚ 90 minutes, and we want everybody behind us.”

You’d swear Baxter had never coached in the country before. But at least Baxter and Coetzee didn’t commit the biggest verbal gaffe of the week.

Ollie le Roux went on such an utterly baffling rant that you’re at risk of knocking yourself out rolling your eyes after reading the words.

Read that again. Have you spotted the absurdity yet? Never mind the fact that Coetzee technically could never be a Springbok because of that old apartheid chestnut, Coetzee did actually represent the non-racial South African Rugby Union (SARU) which was vehemently opposed to the racist sport.

According to Le Roux, if you never played for the Boks – that includes Heyneke Meyer and Jake White – you can’t consider a coaching gig. If Le Roux was angling for a job here, he’s blown it like he blew all that cigar smoke.

By his standards, these pages certainly shouldn’t be opining about sport. And John Dobson, who most recently won the Currie Cup with Western Province – and only played some amateur rugby – and New Zealand coach Steve Hansen – who played a grand total of 21 times for Canterbury – should rather go and do something else.

The sad reality of Le Roux’s waffle is that there are probably other people who share his views. And while there’s nothing wrong with being critical of Coetzee, best to play the game, not the man, eh? But then again, John Smit told us all about how Le Roux likes to play the man when he wrote his book, didn’t he? DM