Announcement: #GuptaLeaks to be released to journalists worldwide 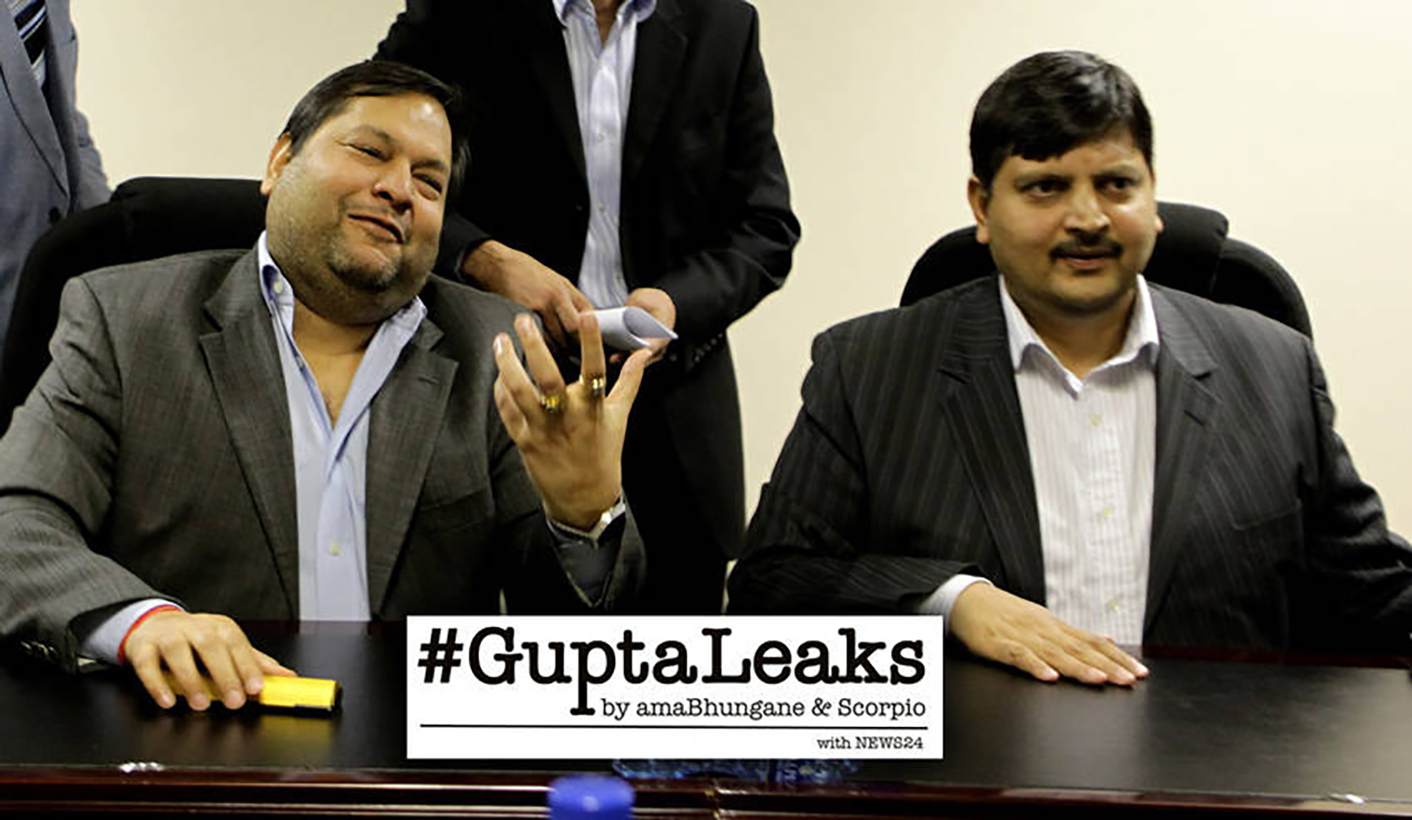 From today, the #Guptaleaks trove of emails is to be accessible to other journalists for an opportunity to collaborate and expose the full extent of  wrongdoing.

The Organised Crime and Corruption Reporting Project, Daily Maverick, amaBhungane Centre for Investigative Journalism and Platform for the Protection of Whistleblowers in Africa have launched today an online facility for sharing a large data trove at the centre of an international corruption and money laundering scandal.

The #GuptaLeaks contain hundreds of thousands of emails and other documents evidencing how three businessman brothers, the Guptas, have “captured” political decision-making in South Africa, benefited from state contracts and allegedly laundered billions of Rands offshore. The Guptas are friends of South African President Jacob Zuma and in business with his son Duduzane.

The scandal has reverberated internationally, implicating multinationals who facilitated or turned a blind eye to the Guptas’ allegedly criminal ventures. These include reputation management company Bell Pottinger, which has gone into administration, auditing firm KPMG, consultants McKinsey & Co and software giant SAP. Authorities in the US, UK and Dubai are reportedly investigating.

Daily Maverick’s Scorpio investigative unit and investigative non-profit amaBhungane have led reporting on the story in South Africa. The releasing partners feel that the data needs to be accessible to journalists widely given the potential for collaboration to expose the full extent of the wrongdoing.

The amaBhungane Centre for Investigative Journalism is a South African non-profit that develops investigative journalism through its best practice, helping others do the same, and information rights advocacy.

The Platform for the Protection of Whistleblowers in Africa (Pplaaf) is a non-profit organisation designed to protect African whistleblowers from prosecution. Founded by Advocate William Bourdon, it provides legal strategy and funding assistance to whistleblowers, initiates and supports relevant legal cases and provides research and advocacy on legislation. DM