Analysis: SASSAGATE reloaded – reining in a rogue Minister and her minions 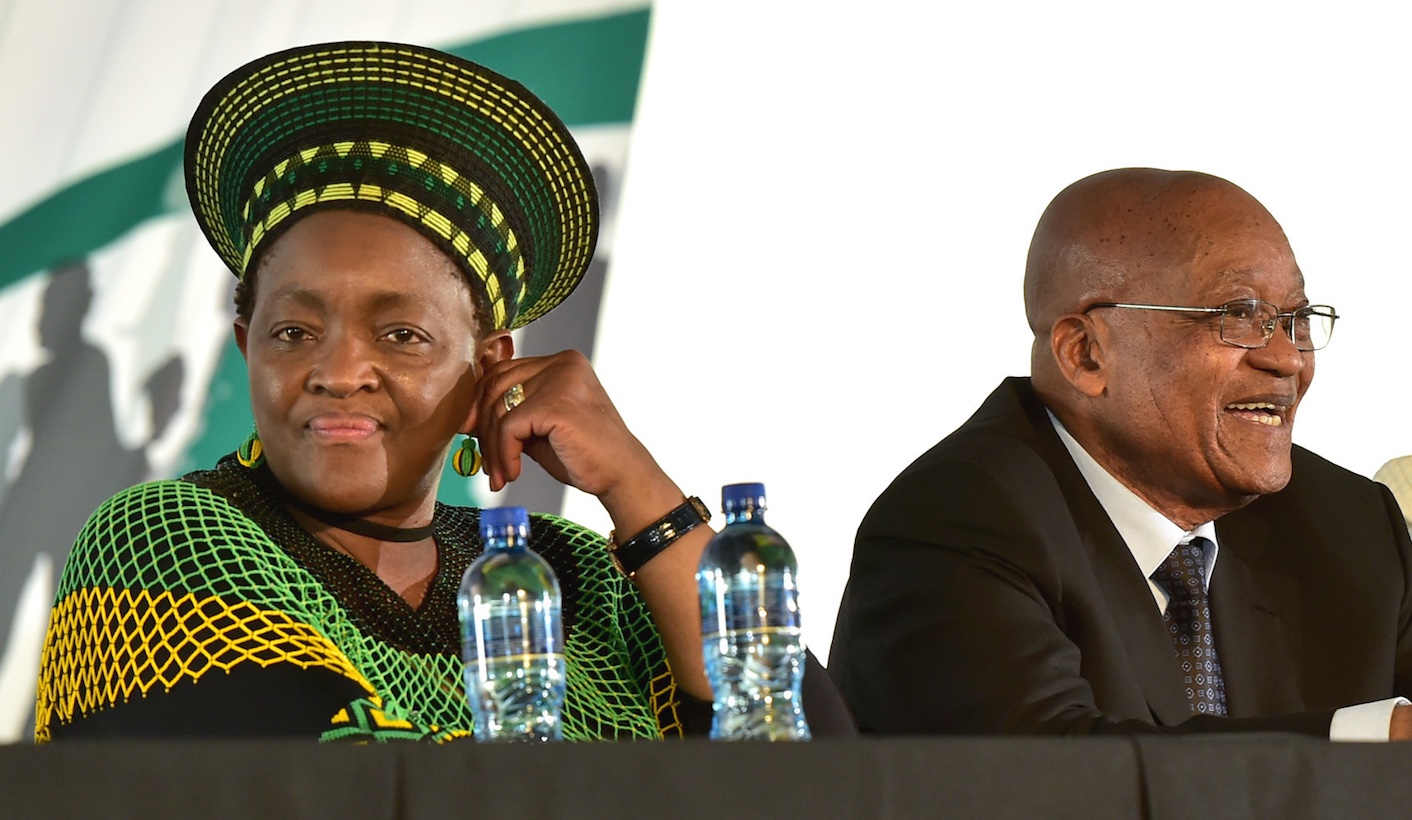 It has taken the intervention of the Constitutional Court, a panel of experts, an inter-ministerial committee, treasury, opposition parties, civil society, parliament's Standing Committee on Public Accounts, as well as the portfolio committee on social development, to force Minister of Social Development Bathabile Dlamini and senior SASSA officials to fulfill their constitutional duty of taking the payment of social grants to 17 million South Africans in-house by March next year. Dlamini and SASSA officials have been exposed as willfully derelict and devious in their attempts at derailing the process. The upside is that parliamentary oversight has played a crucial role in reining in the minister and SASSA officials. By MARIANNE THAMM.

A letter by Treasury handed to a joint SCOPA and portfolio committee on social development sitting this week, with regard to marathon deliberations aimed at breaking an impasse between SASSA and SAPO, has highlighted the devious nature of the Minister and SASSA’s dealings with SAPO so far.

Magwaza found himself pushed shortly afterwards by Dlamini, who had clearly not expected the SASSA accounting officer to be his own person. Earlier this year, newly-appointed DG Zane Dangor, was also shafted for wanting to follow due process in accordance with the March ConCourt ruling.

Treasury’s letter to Bhengu pointed out that not only should SASSA not have approved the disqualification of SAPO on three areas the agency said it could not fulfill, but it should have sought, said Mogajane “to engage and explore options on possible ways to close the capacity gap or seek the intervention of the IMC (Inter Ministerial Committee)”.

Furthermore, the specification developed by SASSA was found to be biased, the CSIR report had not been used for its intended purpose and SASSA had taken more than 60 days to evaluate and adjudicate one proposal.

So, the lay of the land, with less than 90 working days to go, is that the process to finalise matters has been delayed; SAPO will not be in a position to start paying grants from 1 April 2018; and SASSA will also not be able to finalise all processes to ensure that grants are paid by that date.

Treasury has suggested that a “hybrid” model be adopted where “all banks, SAPO included, can play a role in distributing grants”. The hybrid model, said Treasury “should include all modes of payment, eg. cash, electronic payments and other methods to be agreed upon.”

On Wednesday, Minister Jeff Radebe, who surprised committee members by telling them that he had been appointed to head the Inter Ministerial Committee by President Zuma on Monday, said the IMC had decided to fast-track the new hybrid system of payment between SASSA and SAPO.

The joint sitting on Wednesday was a top-heavy one attended by Radebe, Minister Dlamini, Minister of Post and Telecommunications Siyabonga Cwele, Deputy Minister of Finance Sfiso Buthelezi, State Security Minister Bongani Bongo as well as members of the Reserve Bank, Treasury, SASSA, SAPO and surprisingly, the Hawks (as if they don’t already have enough on their plates).

The seniority of those present reflects just how seriously this self-made crisis is being taken by those who have been tasked with cleaning up Dlamini and SASSA officials’ mess which threatens one of the ruling party’s policy showcases – social security for millions of the country’s poor and unemployed.

Stuff that up, and you lose the votes of the masses. This the ruling party has come to realise. Kickbacks might be fun, but losing power is a bitch.

If SASSA officials and Minister Dlamini had harnessed as much energy doing their jobs as they have invested in thwarting all logic, sense, law and responsibility – as directed by the court and parliament – all that would have been left to do at this late stage would have been the testing of a new system of grant payments before the new model kicks in on 31 March.

While SAPO will most certainly not be able to fulfill in time, all the requirements and some aspects of the grant payment would be put out to tender, Dlamini and SASSA now know they and any future deal will be closely watched, monitored and dissected to determined if CPS lurked anywhere in the detail.

Many opposition SCOPA members have openly challenged Dlamini stating that she is not to be trusted and has been attempting to find a “back door” to renegotiate a contract with CPS or some new configuration of CPS/Net1.

There is consensus among members that government should not outsource the payment of social grants to private companies who stand to benefit and profit from the contract.

The intervention by Treasury and the IMC has been largely due to the relentless efforts of SCOPA chaired by the affable but steely Godi. It is, as Tim Brauteseth commented on Wednesday, a victory for parliamentary oversight. Instead SASSA and SAPO are expected to sign some sort of a deal by Friday 17 November and to report back to SCOPA next week on Tuesday 21 November.

Instead SASSA and SAPO are expected to sign some sort of a deal by Friday 17 November and to report back to SCOPA next week on Tuesday 21 November. An “intervention team”, chaired by DG of the Department of Planning, Monitoring and Evaluation, Nompumelelo Mpofu, will oversee a project plan as well as the details of the agreement to be negotiated between SASSA and SAPO.

The numbers involved are quite staggering, and in May this year, CPS’ auditors KPMG (*side eyes*) submitted a one-page statement declaring that CPS had made R1.1-billion in pre-tax profit from the five-year tender with the South African government. The submission of the audit complied with a 2014 ConCourt order for CPS to produce a statement of its profits. The audit was delivered three years late.

In an interview with Biznews in September this year, former CPS/NET1 CEO Serge Belamant made this startling revelation: “I think we did a lot of things for lots of people, lots of poor people. We have been acclaimed worldwide. We have won many different awards, very important awards. We have people like the ANC buying into the company and it took a long time to convince them.” He did not, however, elaborate on who in the ruling party he might have been referring to.

For now, everybody knows the dice is loaded. DM