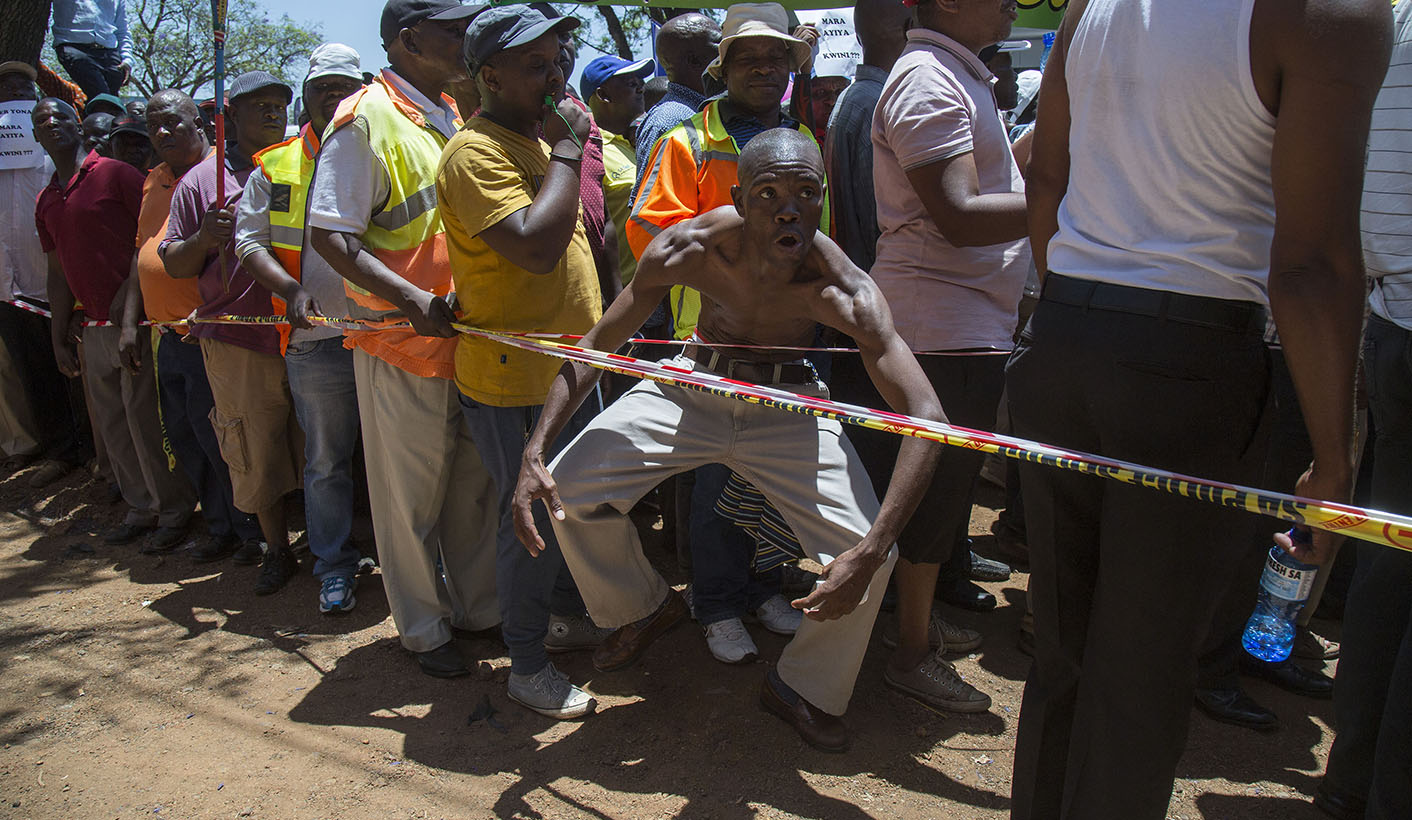 Thousands of taxi drivers made their way to Pretoria as they embarked on a protest march. By DAILY MAVERICK.

A large convoy of taxis moved slowly through the city, causing traffic chaos.

Taxi operators are saying the minister is ignoring their demands, which include better quality taxi ranks and a subsidy for operating a minibus taxi.

Photo: A protester who was part of the taxi protest is seen drinking a beer as the convoy of taxis moves through Pretoria. Picture: Daily Maverick

The protesters moved on to the Union Buildings and were accompanied by a large contingent of police.

Photo: A taxi driver waves a knobkerrie as he hangs out of the window of a car that was part of the taxi strike convoy. Picture: Daily Maverick

Photo: Members of the South African police form a line outside the Department of Transport as taxi drivers protest outside. Picture: Daily Maverick

Photo: A striking taxi driver is blocked by the fence separating the Union Buildings from the lawns below. He holds up a sign demanding the removal of Uber. Photo: Daily Maverick

After delivering a memorandum of demands which was accepted by an official from the Presidency, the protesting taxi drivers dispersed peacefully.

They vowed to return to the streets if their demands were ignored. DM