The interview: Ronnie Kasrils – Zuma’s duplicity goes back to days in exile 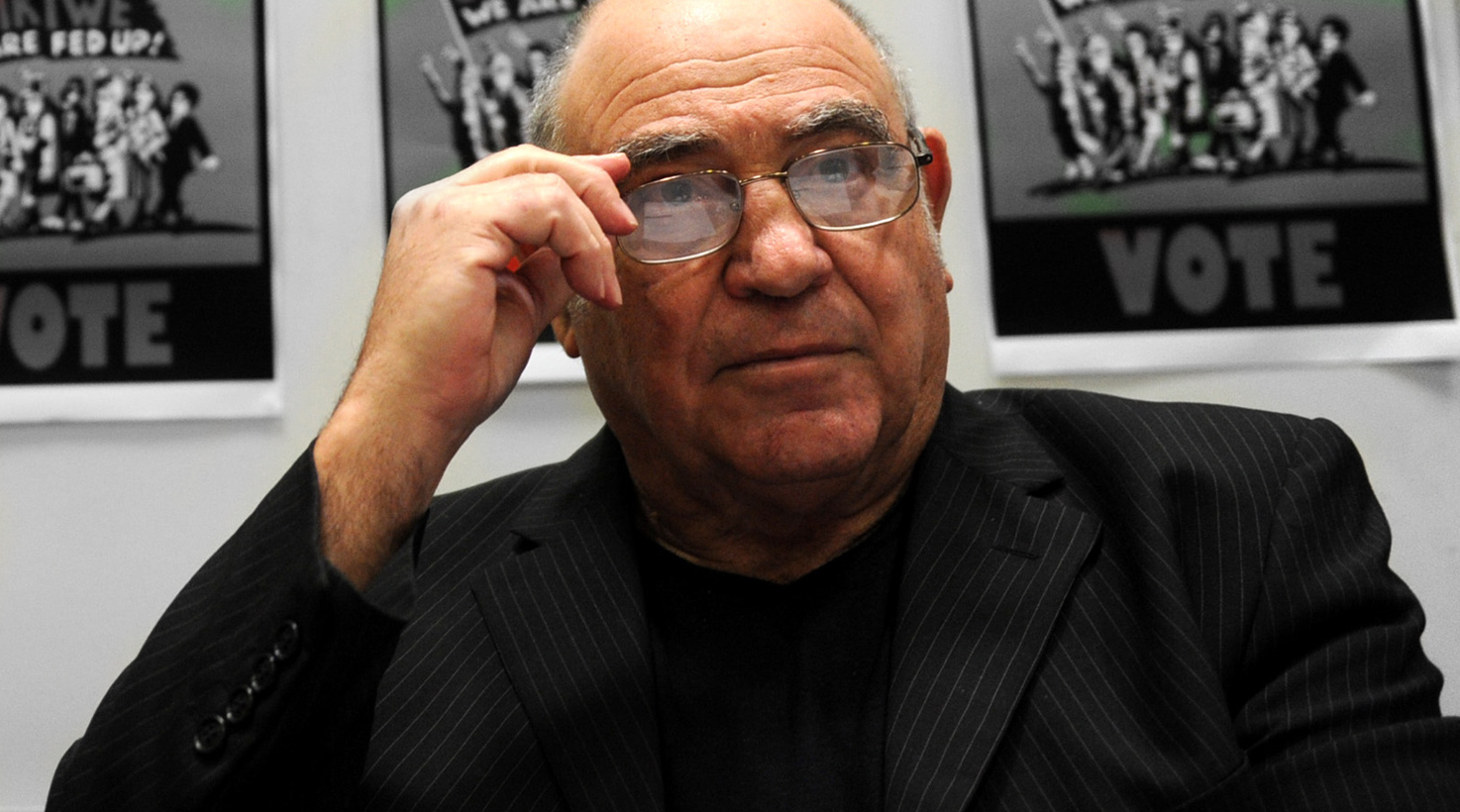 Ronnie Kasrils’ latest book reveals that President Jacob Zuma was a flawed leader even before the corruption claims and his rape trial. GREG NICOLSON spoke to Kasrils, who explained how alliance partners ignored warnings about Zuma and how the movement opened itself up to such leaders through the compromises the ANC made in the 1990s.

At 78 years old, Ronnie Kasrils is formidably bulky, as though the soldier in him will never leave. He wears a red polo shirt and sits on a multi-patterned couch in his Greenside, Johannesburg home. Mementos he’s collected from his travels line the shelves. As he starts with small talk, you almost forget his role in the liberation movement.

Kasrils, who served as Umkhonto weSizwe (MK) head of intelligence, was a member of the ANC’s national executive committee and the SACP’s central committee and served as intelligence minister from 2004 to 2008. He wrote his most recent book, A Simple Man: Kasrils and the Zuma enigma, to address a question he is repeatedly asked: how did Jacob Zuma, the freedom fighter, a man of the people, transform into a corrupt and disreputable figure?

But Kasrils says Zuma was never a man of the people.

Most newspapers have highlighted the book’s “spicier” details, he says. It begins in 1982. Zuma and Kasrils are in the rain on the border of Mozambique and Swaziland. The MK members try to smuggle arms into Swaziland. Kasrils falls while hopping over a fence and injures his ankle. They continue with the mission but their contact never arrives and they have to return to a house in Mozambique. Kasrils, who was sent to Mozambique to help build MK’s forces after spending four years in the camps in Angola, rests his wounded ankle as Zuma offers help. Then he overhears Zuma in the kitchen calling him a stupid white man for slowing them down.

“There’s this two-faced aspect of him,” Kasrils says on Tuesday. After Zuma’s comments, he started thinking – “even brooding” – about it. He’d heard other misgivings about Zuma, who was both charming and a good soldier, but was private and tended to be close to other Zulu comrades. Kasrils said that before he arrived in Maputo, MK commanders Joe Modise and Joe Slovo had terminated one of Zuma’s operations because he was secretive and tribalistic. He mentions Thami Zulu, the MK leader deployed to Swaziland who was detained by ANC security, which Zuma led, and died shortly after his release. Zuma has never fully explained what happened to Zulu.

Already, Zuma was showing his cards. At one point, Kasrils organised for prominent ANC leader Chris Hani to visit comrades in Swaziland. Zuma cancelled the trip citing security concerns. Kasrils suspects Zuma wanted to stop Hani, the more prominent leader, from arriving and winning over members. “The point is Chris and I laughed about it and actually felt this is the way Zuma works, preventing Chris from that kind of contact, which Zuma wanted to monopolise for himself.”

“There again you see the Zuma we saw and experienced in exile in the manner in which he intervened in terms of intelligence and security and controls it, and it becomes a machinery of his,” says Kasrils. “He puts people in power who he can manipulate. It’s extremely disturbing because in the process, what he actually does through that interference is spread demoralisation, and confusion, and ineptitude with the cry – which was the cry in exile as well as what’s happening now – about foreign agents [being] behind everything.”

A Simple Man: Kasrils and the Zuma enigma highlights just how divided the ANC and the Alliance were before Zuma took power and how intelligence forces and institutions of justice were already being abused for political ends. As the last intelligence minister before Zuma became the leader of the ANC, Kasrils witnessed how institutions could be manipulated.

He’s since become an activist, but before Zuma’s ascent Kasrils tried to warn his colleagues. He spoke at length on Zuma’s faults during an SACP discussion in 2005. President Thabo Mbeki was losing popularity, particularly among leftists in the movement and those who thought he was too authoritarian, and Zuma’s star was rising, both on the perception that he was a man of the people and the claim that there was a conspiracy against him becoming the leader of the ANC.

Schabir Shaik had already been found guilty for his corrupt dealings with Zuma when Kasrils addressed his communist comrades. “Why did they stick to their guns?” he asks, leaning into the conversation. He says the facts were clear “but in politics, the question of fact is something that can easily be disregarded when you have an objective that at all costs you want to reach. They wanted the removal of Mbeki.” SACP General Secretary Blade Nzimande said Zuma could open a space for the left.

Kasrils told him: “This really amounts to trust in a man who you should be very careful of because, mark my words, the party is going to learn differently. He’s not a working-class hero. There’s no revolutionary morality.” Nzimande and other Zuma supporters have since come to regret backing Zuma.

There are other dramatic details in Kasrils’ book. He remembers Fezekile Kuzwayo, better known as “Khwezi”, calling him and saying, “Uncle Ronnie, Jacob Zuma has raped me.” He told Mbeki, “Mr President, there is a monster walking the land and his name is Jacob Zuma.” Kasril recounts how Zuma’s supporters accused him of orchestrating the rape “honey trap” against him, one of a number of conspiracy accusations against Kasrils from the future president’s camp. He writes about drinking in Mbeki’s office on the president’s last night after he was recalled, watching the clock tick down before he had to officially vacate his position.

Kasrils resigned from Cabinet along with a number of other Mbeki appointees but his book continues to track scandals under the Zuma government, such as Nkandla and Marikana. But he’s strongest when he elaborates on his theory of the Faustian Pact. The walls of Kasrils’ house are covered in artworks and posters and his book is full of references to classic literature. He uses the classic German story of the deal with the devil to not only portray Zuma’s situation but that of the ANC since the transition.

Zuma is Faust and the Guptas are the devils. “It’s so clear. He sells his soul to them for money, money, money, for fame, for fortune.” In his book, Kasrils lists the economic concessions the ANC made in the negotiations for democracy and admits he should have been more vigilant. “Formal political independence without economic emancipation of the masses provided a stepping stone for all manner of predatory rogues to power for self-enrichment and the devil to take the hindmost.”

When I arrived at his house, Kasrils signed my copy of his book and said, “Keep at it!” He, like many activists, believes that to overcome the country’s problems we need a broad front, driven by workers and the poor, to mobilise behind a common vision. He’s a leftist and doesn’t know whether the current forces can unite to drive change, or, if they do, what the outcome might be.

He says in the closing paragraphs of his book, “What is not difficult to suggest is that without that organised agency of change there can be no fundamental transformation. The working class is the driving force in this regard.” DM