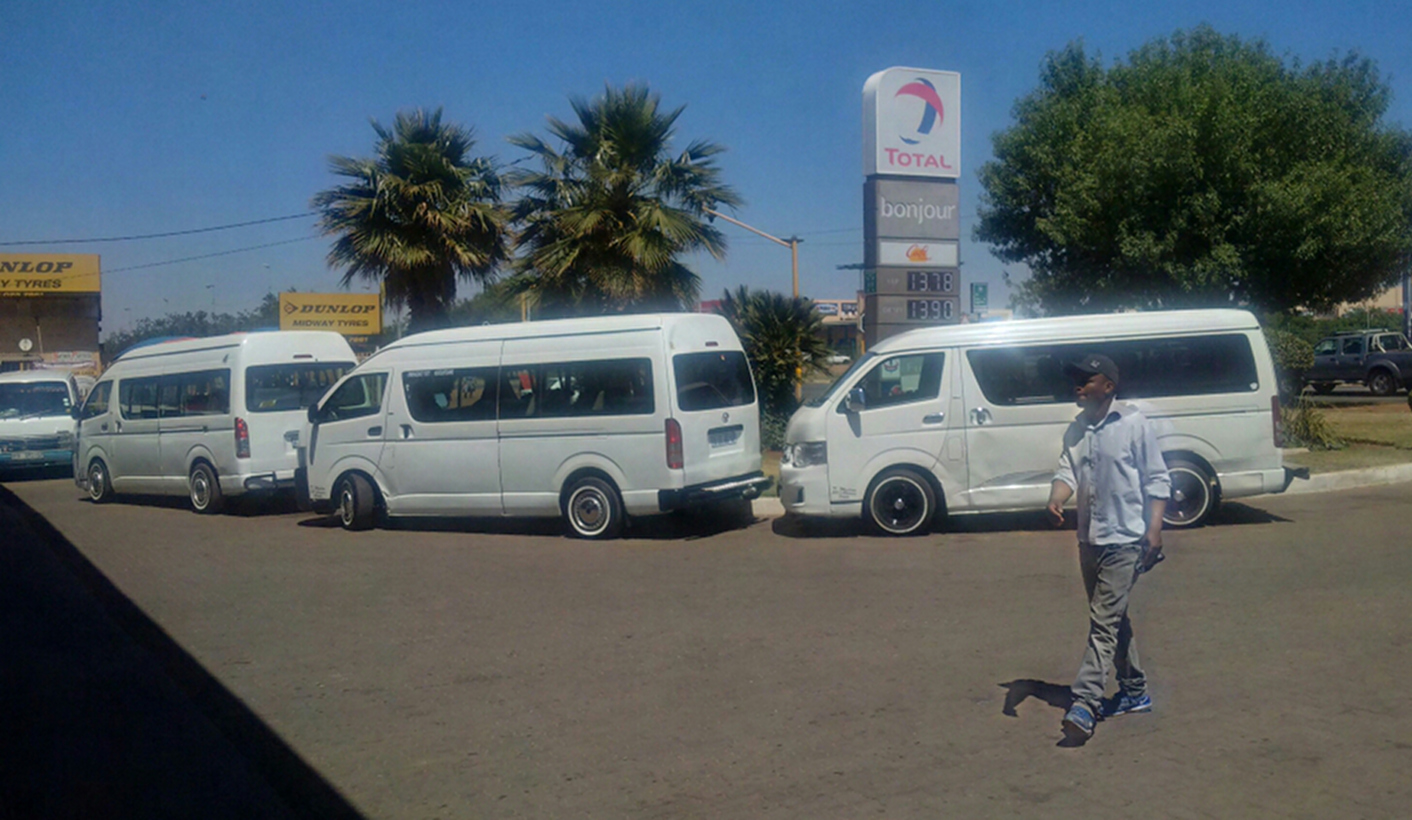 Hundreds of commuters were left scrambling to find alternate means of transport on Wednesday after taxi drivers in Pretoria and Johannesburg embarked on protest action over the Bus Rapid Transport system, operating licences, the Taxi Recapitalisation Programme, and public transport subsidies. By BHEKI C SIMELANE and PUSELETSO NTHATE.

Several roads around Johannesburg and Pretoria were gridlocked on Wednesday after protesting taxi drivers blockaded sections of them with burning tyres and in at least one incident, a truck.

Initially it was expected that the taxi strike would only affect Pretoria. However, commuters from Soweto were left in the lurch as taxis remained parked in the taxi ranks.

Johannesburg Metro Police Department (JMPD) spokesperson, Wayne Minnaar said the N1 and N3 roads were affected in the early hours of the morning and commuters could expect similar traffic jams on Wednesday afternoon.

In Tshwane a police officer, who had attempted to talk to the drivers, was assaulted by two taxi drivers, police spokesperson Colonel Lungelo Dlamini said.

In a separate incident, in  Sinoville one taxi driver drove towards traffic and collided with three cars. “Four people were injured and he has been arrested. He will be charged with reckless driving,” said Dlamini.

The drivers converged from 9am at the Old Putco Depot in Marabastad, and made their way towards the Department of Transport at the corner of Struben and Bosman streets where they were expected to hand over a memorandum before marching to the Union Buildings to deliver another memorandum.

Among the alliance’s  grievances are certain sections of the National Land Transport Act, the BRT system, compensation for an operator surrendering an operating licence, the Taxi Recapitalisation Programme, and the public transport subsidy.

The taxi industry also demands subsidies from government, warning that if there are no subsidies, the results of this will come at a hefty cost to taxi users.

Gautrain spokesperson, Barbara Jensen said two of their bus drivers had been intimidated and a decision was taken to suspend the Gautrain bus service for the day. Rea Vaya, on the other hand, was operating without any hassles, said spokesperson, Benny Mokgopa.

Wednesday’s strike impacted on scores of matric pupils who were due to write an exam.

Mbali Ndlovu, a 43-year-old single mother said her daughter had arrived late for her exam and only got to the writing centre after begging for lifts from private car owners.

Speaking to Sowetan, Gauteng Education MEC Panyaza Lesufi said invigilators would accommodate pupils who might come late for their exams.

“It is concerning and unfortunate that such activities continue to be organised during this critical period of examinations in the education environment. Actually such activities subvert the country‚” he said.

“All chief invigilators will assist and afford all Grade 12 pupils who might arrive late an opportunity to write their final exam accordingly.  The department will invoke necessary prescripts for all those pupils who might not make it to the exam. Chief invigilators will also use their discretion to accommodate learners to write at alternative centres,” Panyaza said.

“It’s unfair. It’s not like we board these taxis for free. We pay our hard-earned cash yet government treats us like trash. Taxis dump us every time they feel like fighting. How long is this going to last?” said commuter Thulani Ndwandwe from Soweto.

“I’m also always late for work during taxi strikes. They treat us like their own personal property. Both the taxi industry and government do not care about us. They only care about our money between them. Let’s see how they get themselves out of this one,” Mbali Ndlovu said. DM

Photo: A Johannesburg commuter walks away from a fleet of parked taxis in Soweto on Wednesday. Photo: Bheki C.Simelane