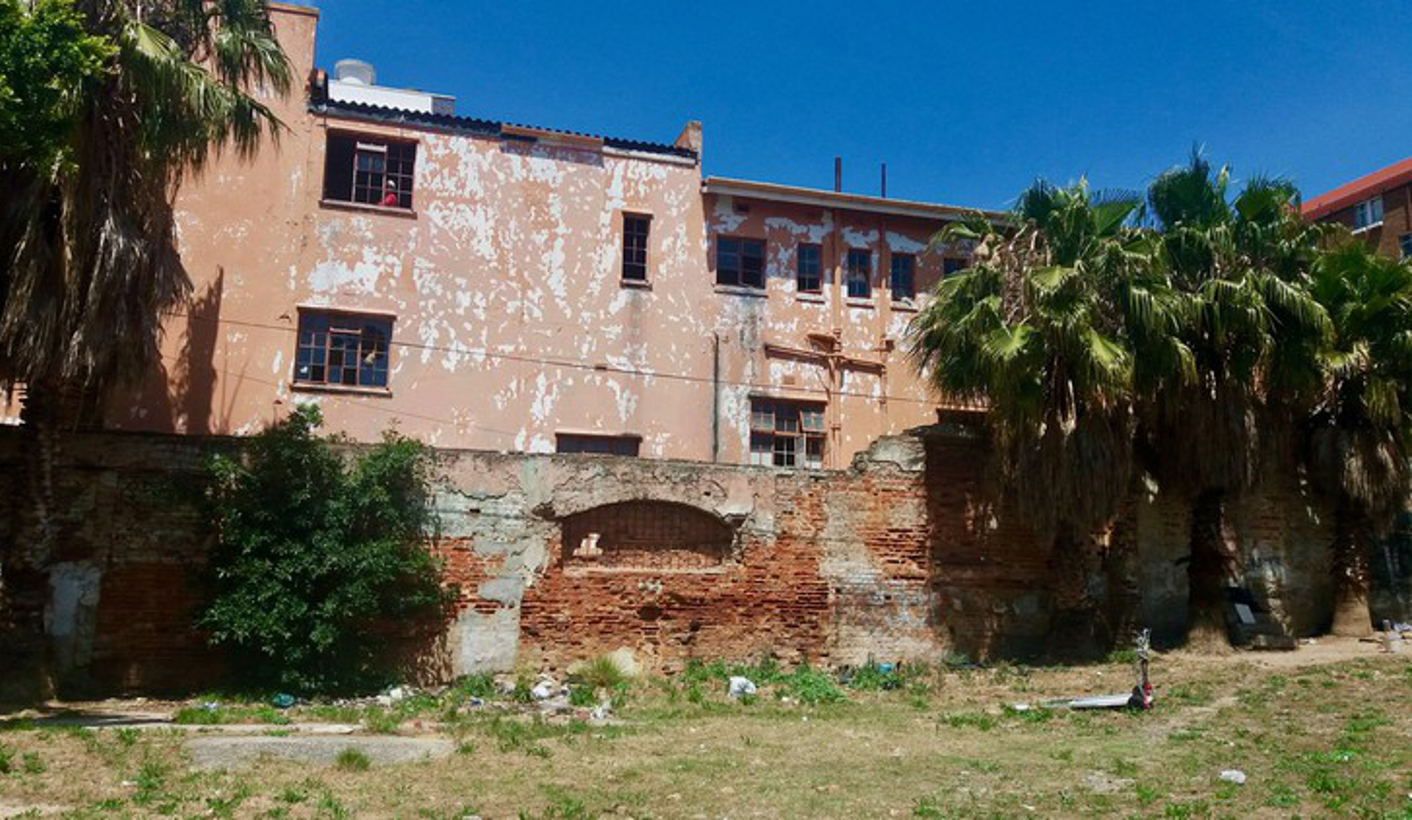 The residents have been abandoned by the landlord. Now Public Works wants to evict them. By Tariro Washinyira for GROUNDUP.

Eighteen families, who have been living in a building owned by the National Department of Public Works (NDPW), say they are constantly under threat of eviction. Many of the tenants are elderly, three are disabled, and there are a number of children.

The families say they have been told they are squatters in 104 Upper Darling Street, Cape Town. People living in the building used to pay rent to a Fred Slaber, who managed the property from 1987 to 1999, and to a John Neels, who managed it from 1999 to 2008. GroundUp was unable to reach Slaber or Neels. Since 2008, residents have not paid rent.

The electricity was cut off in December 2016 without notice.

Susan (she did not wish to give her full name), who has lived in the building for 30 years and is now a pensioner, says, “When I moved in, Slaber was renovating. Students rented rooms in the building. There was a caretaker and security workers. Public works used to visit monthly for inspection and the place was beautiful.”

Then, she says, “In 1999, Neels took over the management of the building and it then collapsed. All he wanted was money; never cared for the tenants. He was very abusive.”

Photo: Susan has lived in 104 Upper Darling Street for 30 years and is now a pensioner. ‘When I moved in … There was a caretaker and security workers. Public Works used to visit monthly for inspection and the place was beautiful.’

When GroundUp visited there were rats rummaging in garbage. Most of the rooms were very dark. On the ground floor, a disused room, which the tenants said used to be a café, was strewn with litter and flooded with stinking water from blocked drains.

A resident for 19 years, Jonathan Karelse, lives with his wife, four children, pregnant sister-in-law, and his mother-in-law and her disabled brother. Outside his entrance, at the back of the building, there are piles of garbage. There were no wheelie bins.

“The department (public works) told me they know nothing about us and will soon give us eviction notices. They never received any money we paid for occupying the building,” says Karelse.

He showed GroundUp official letters from Elan Communication (Neels’ company) dated 1999 and receipts for rent dating back to 1993. Some of the receipts were issued by a “Patel”, who residents say was a lawyer from whom they had sought legal assistance.

Photo: A resident for 19 years, Jonathan Karelse, lives with his wife, four children, pregnant sister-in-law, and his mother-in-law and her disabled brother

In an email to GroundUp, Lesiba Kgwele, Spokesperson for Minister of Public Works, said, “NDPW entered into a Lease Agreement with Neels for the Coffee Shop premises. Neels subsequently entered into sublease agreements with various parties.”

Kgwele said: “Neels failed to honour his Lease Agreement and was eventually evicted from the building on 13 November 2010. However, when he vacated the property he failed to terminate the subleases. This resulted in the tenants becoming illegal occupants. This department had no business dealings nor connection with Slaber.”

Karelse said the city told him that the building is in arrears for electricity and power could only be restored if the arrears were cleared. He also said the wiring is unsafe in the building.

The city told GroundUp “there is a prepaid electricity meter linked to ERF 110472, therefore there could be other factors affecting the non-availability of electricity”.

Photo: Resident Aziza Howel has had two strokes and lives on a disability grant. Once a month, she goes to Robbie Nurock Community Health Clinic for her chronic medication

Ellen Visser has lived in the building for 19 years. She says, “The problem is, when I come back from work, it is very dark and the neighbourhood is unsafe … I am a restaurant cleaner in Sea Point. I earn R3,500 per month.”

She says she needs to live in an area close to work with easy access to transport. The building is close to the buses and taxis at the Grand Parade. “I finish work at 11pm,” she says.

“I have been on the housing list waiting list for more than 10 years. Every time I go to Civic Centre to check on the progress, I am told there are lots of people ahead of me. All I am asking is for Public Works to renovate their buildings surroundings and make them affordable to us,” she said.

Visser said there are many problems in the building. There have been break-ins and muggings. There is only one usable entrance. She worries what will happen if a fire breaks out.

Photo: The entrance, looking out, at 104 Upper Darling Street

Julian Sendin, a researcher at Ndifuna Ukwazi, said: “Clearly the best use of this piece of land would be to refurbish this building and make it available to working class residents so that they can save on travelling costs and be close to economic opportunities. The fact that people are struggling in buildings infested with rats and sewerage shows that the benefits of living in the city are clearly very, very high.”

Photo: The back entrance to 104 Upper Darling Street building where there is garbage and rats

“This case speaks to government’s inability to create safe dignified housing in the inner City of Cape Town. Despite a crisis and the fact that government owns land and buildings in the area, government has failed to provide a single subsidised house in the inner and surrounds since the dawn of democracy. It points to gross incompetence and a total lack of political will to create a just and sustainable city. All three spheres of government and both the current and previous ANC and DA administrations have failed and are continuing to fail on this,” he said. DM