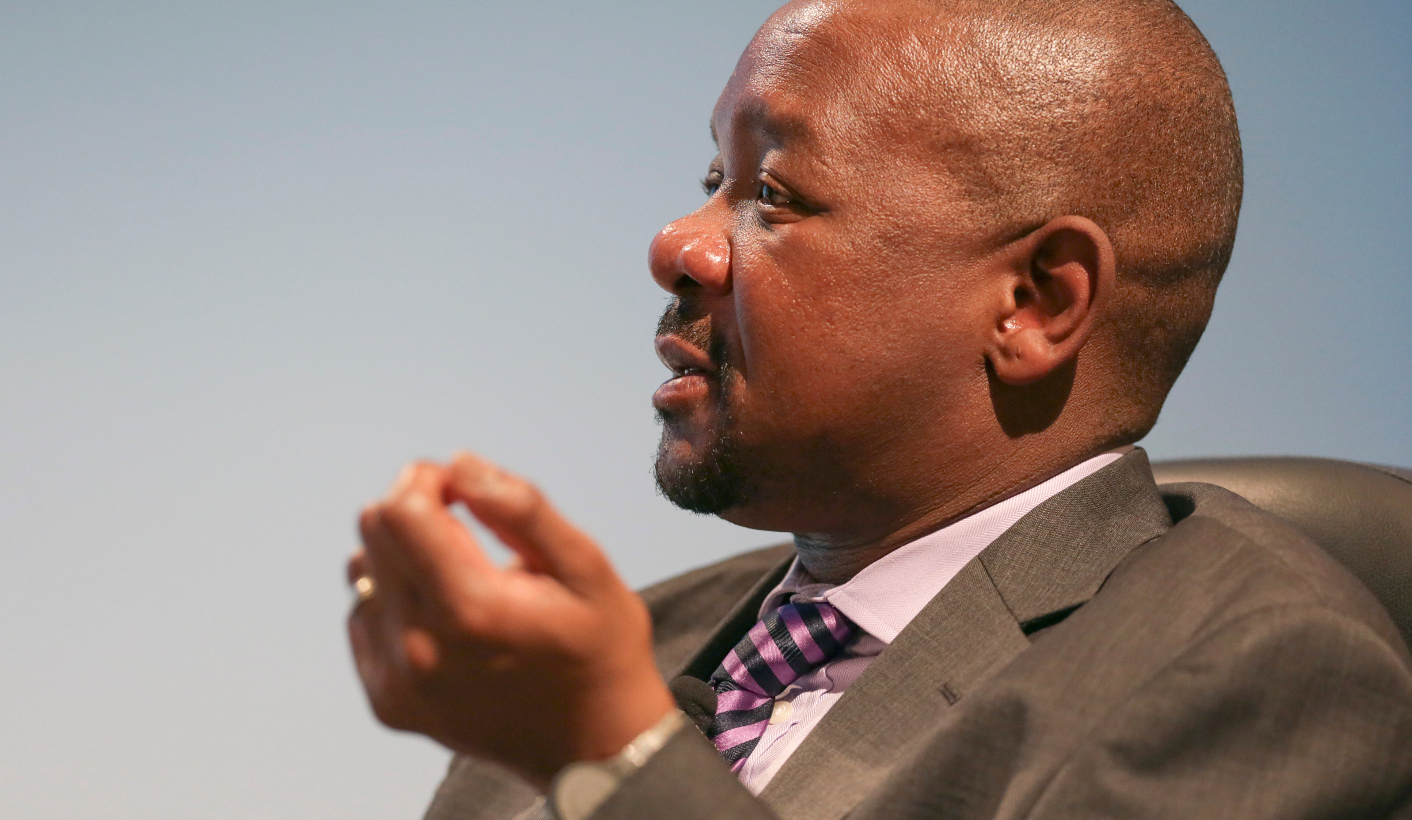 The Airports Company of South Africa has acted swiftly to suspend its legal head, in part, over an “I told you so” email he had sent which it viewed as a direct attack on the company’s CEO, Bongani Maseko. Yet, the Acsa board has failed for nine months to give effect to a resolution to suspend and charge Maseko following a forensic investigation into supply chain breaches. By JESSICA BEZUIDENHOUT for SCORPIO.

The Airports Company of South Africa (Acsa) has suspended its Group Legal Counsel, Bonginkosi Mfusi, after he issued an instruction to “close the file” on an expensive and drawn-out legal battle involving Big Five Duty Free.

The company has been operating duty free stores at three major airports in Johannesburg, Cape Town and Durban pending the outcome of litigation that dates back to 2009.  It recently won its case against the parastatal at the Supreme Court of Appeal which ordered Acsa to sign and implement the 10-year lease agreement as envisaged by the initial awarding of the contract eight years ago.

Mfusi, who had proposed a settlement with Big Five prior to the SCA hearing but which did not have the CEO’s backing,  is also accused of indirectly attacking the CEO, Bongani Maseko after he sent an email to management and the executive team to accept the court loss.

Daily Maverick has established that Mfusi was served with a letter last week containing various “complaints” against him that Acsa described as being tantamount to gross misconduct and insubordination.

This was after Mfusi’s lawyers filed High Court papers seeking reasons for his suspension and has now threatened the parastatal with an urgent interdict application unless it withdraws what they deem to be “baseless” and “irrational charges” which were subsequently levelled against him.

Acsa contends that Mfusi acted unilaterally when he told its external lawyers, Mkhabela Huntley Inc not to bother with an appeal, to close the file and sort out the bill of costs.

Mfusi declined to comment while Acsa, apart from confirming the suspension pending a hearing, said it could not comment on labour matters. The company did not respond to detailed questions about the allegations against Maseko.

While Acsa appears to suggest that Mfusi did not act in the best interest of the company when he put an end to the Big Five legal battle, his suspension has triggered concern among some insiders that it is yet another attempt to shield Maseko from facing the music for alleged supply chain breaches.

Coincidentally, it was Mfusi who alerted the Acsa board to a controversial contract that Maseko had signed with an attorney to review the company’s big money legal cases late last year. The lawyer, at the time, had been struck off the roll pending an appeal and had not been on Acsa’s approved panel of lawyers.

The Acsa board has, for nine months, failed to act against Maseko following a legal opinion by law firm Norton Rose Fulbright in February that he be suspended and charged.

This was the result of a forensic investigation conducted by Dr VS Mncube Consulting which had uncovered damning supply chain breaches at the airports company last year.

The Norton Rose legal opinion recommended that Maseko be suspended along with legal counsel, Bongani Machobane, procurement manager, Percy Sithole and the general manager for regional airports, Jabu Khambule. Disciplinary processes against the three were instituted and have all since been concluded.

Maseko’s fate was left to the board which resolved to act against him in February. But, that resolution seemingly fell by the wayside when then transport minister Dipuo Peters suddenly removed four board members who had been in favour of Maseko’s suspension.

The four non-executive directors Dr John Lamola, McDonald Kenosi Moroka, Chwayita Mabude and Jabu Luthuli somehow survived when new transport minister Joe Maswanganyi brought them back about a month later. To date the board has not given effect to that resolution to suspend and charge Maseko. One of them, Lamola, resigned in July.

The battle between Acsa and Big Five was triggered years ago when the company was awarded the lease deal. One of the losing bidders, DFS Flemingo, went to court to have it reviewed and set aside.

Although Acsa did not fight the initial legs of the various court cases, it refused to sign off on a settlement that Big Five had reached with DFS Flemingo arguing that it was not bound by that agreement.

It sought to re-advertise the tender based on one of the initial court rulings that the tender process had been flawed.

Big Five headed to the SCA and in September the court ruled that Acsa must sign and implement a lease agreement as per the original tender awarded to the company.

But while the clock was ticking on the implementation date, the company instead went after Mfusi who seemingly made two key errors upon receiving a copy of the judgment.

One, he told the company’s external lawyers, Mkhabela Huntley Attorneys Inc not to bother with an appeal and to shut the file, save for sorting out the bill of costs.

He then sent an internal email to Acsa management, stating this was no time to cry over spilt milk, suggesting that the that the company learns from its mistake – he had proposed a settlement prior to the SCA hearing.

It is this email that seemingly led to him being labelled insubordinate because Acsa now charges that it was “indirect attack” on Maseko who, documents state, was not favour of settling the Big Five case out of court.

Mfusi is further accused of having his lawyers fire off a letter to the minister during the early days of his suspension. It allegedly tarnished both Maseko and the board and Acsa claims that it brought the leadership as well as the company into disrepute.

And, while the deadline for implementation of the SCA order has come and gone, the company said it was “studying the judgment and consulting with legal advisers”.

The minister’s office did not respond to detailed questions including the perceived inaction by the board to act against Maseko.

Questions sent to acting board chairman Roshan Morar were not responded to by the deadline. Daily Maverick requested comment on claims that the board was in breach of its fiduciary duty over its failure to act against Maseko.

The board also failed to indicate whether there had been any further investigations into the claims against Maseko or whether he had been cleared of wrongdoing. DM