Op-Ed: Re-election on his mind – Nigeria’s Buhari is no Mandela 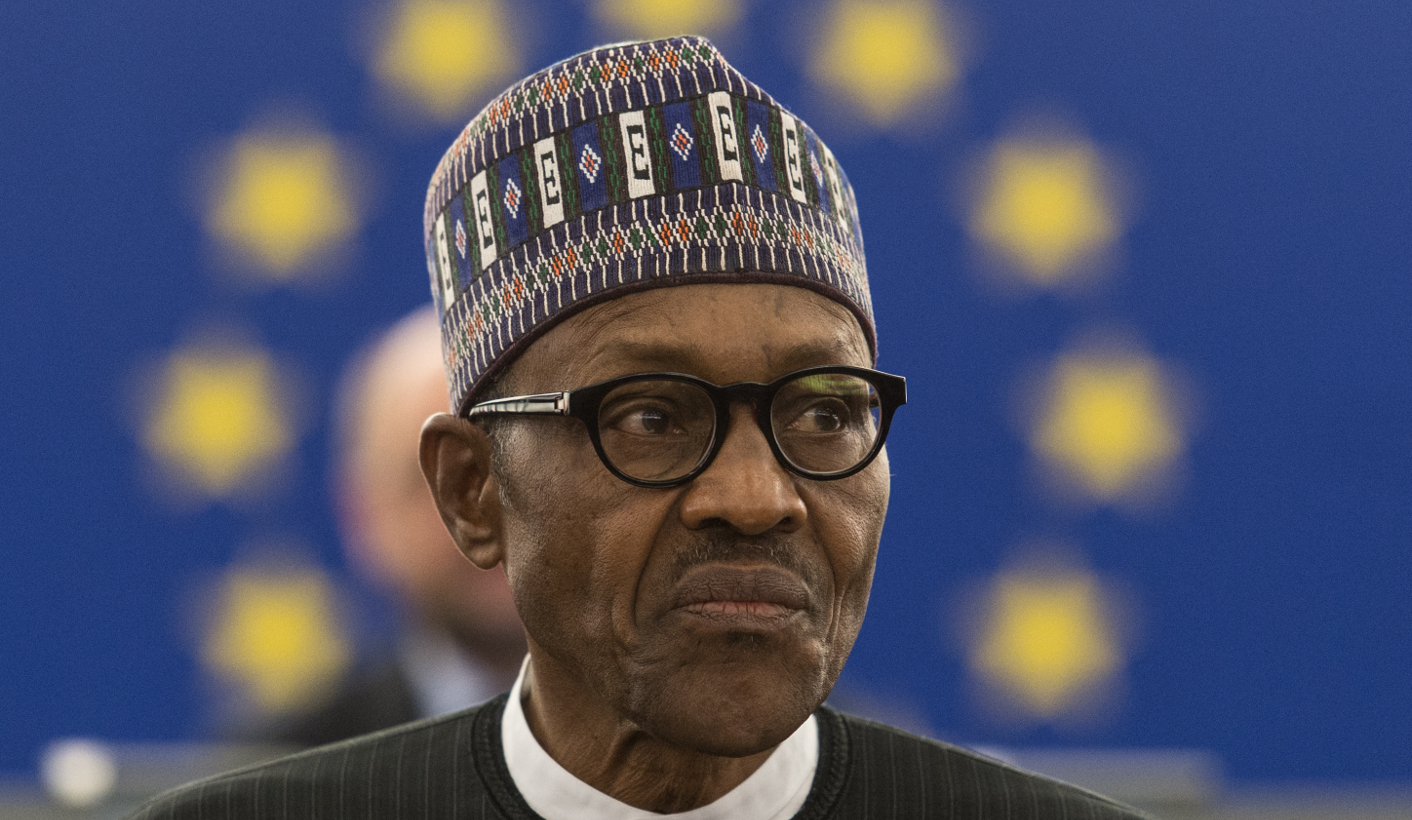 The late world icon, champion of freedom, and former president of South Africa was known for uniting a racially divided country. Buhari on the other hand has divided Nigerians, mostly alienating the south-east sub-region where the Igbos, one of Nigeria’s major ethnic groups, resides. By OJO MADUEKWE.

Recent overtures by President Muhammadu Buhari suggest that he’s likely to seek re-election during Nigeria’s next national election in 2019.

Buhari assumed office as president in May 2015 and now has less than two years to complete his first tenure.

Elected at 72 years, and with a failing health that was manifest upon assuming office (Buhari has been absent from Nigeria for much of 2017 due to illness), many Nigerians felt Buhari would only do one term as president.

In September, the Minister for Women Affairs, Aisha Alhassan, in an interview with Reuters said Buhari told members of his All Progressives Congress (APC) party before he was first elected that he would only seek one term.

“In 2014/2015 he said he was going to run for only one time to clean up the mess that the (previous) PDP government did in Nigeria. And I took him for his words that he is not contesting in 2019,” Reuters reported.

But, national chairman of the APC, John Oyegun told newsmen in September, the decision whether or not to run for a second term “Is a decision only President Buhari can make, and he will make it at the proper time.”

Earlier in May, Oyegun while also speaking to newsmen in the capital Abuja said Buhari will be given the right of first refusal for the APC’s presidential ticket in the 2019 election, adding: “It is for him to decide if he wants to run or if he doesn’t want to run, and to consult the party on his decision.”

Well, it appears Buhari may have decided to run again and has already begun consulting. The president has not come out plain, but recent subtle overtures and politicking paints the picture of a man in need of something.

During a meeting with the national executive council of the APC on October 31, Buhari said he was soon to appoint more ministers and reconstitute the boards of parastatals to “bring in more supporters at the federal level” and also to “make sure all parts of the country are equitably represented.”

Buhari, a Fulani Muslim from Nigeria’s northern region, has been accused by southerners of marginalising their region in favour of the north. He’s been accused of nepotism in his appointments.

At the peak of his campaign in February 2015, Buhari while seeking votes, told supporters that an APC-led federal government “Will insist on and cut out wastages and run a lean and efficient administration.”

Following widespread uproar in his delay in sending the names of ministerial nominees to the Senate on 30 September 2015, four months after assuming office, Buhari excused his lateness as “careful and deliberate”.

He admitted that he had set up a committee to advice on the reorganisation of the federal government structure. According to him, he had been waiting for the committee to submit its report before taking actions.

“It would have been haphazard to announce ministers when the government had not finalised the number of ministries to optimally carry the burden of governance,” Buhari told Nigerians.

When the nominees were approved by the national assembly, Buhari had merged the ministries of power, works and housing into one. This decision was viewed as him keeping his campaign promise to run a lean government.

This is why this recent decision to appoint more ministers is seen as political.

The delegates that pick a party’s presidential candidate are drawn from Nigeria’s 36 states and federal capital territory Abuja. In Nigeria, for a president to get the nod of his party to become its flag bearer, he must court the state governors whom exercise unlimited powers within their states.

In November last year, governors under the APC met with Vice-President Yemi Osinbajo behind closed doors and accused Buhari of single-handedly running his government and making key appointments without consulting them.

Sometime this year in March, a leaked memo addressed to the president by Nasir El-Rufai, Kaduna state governor and a member of the ruling party, accused Buhari’s chief of staff of causing problems for the president.

Governor El-Rufai wrote that: “Some officials around you (Buhari) seem to believe and may have persuaded you that current APC State Governors must have no say and must also be totally excluded from political consultations, key appointments and decision-making at the federal level.”

He told Buhari “It is the current and former state governors that may, as members of NEC of the APC, serve as an alternative locus of power to check the excesses of the currently lopsided and perhaps ambivalent NWC.”

Last week on October 31, some governors of the APC speaking on the sidelines of the party’s national executive committee meeting in Abuja said they would support Buhari if he decides to run for a second term.

“Concerning the issue of a sole ticket for Mr President, I want to say that if Mr President is performing, well-respected and carrying everybody along, all of us have resolved that we will work for him,” Lalong said.

It’s insinuated that this new appointments which Buhari promised to make soon, is being done to pacify APC governors who feel aggrieved that the president has until now, ran his government without “consulting” them.

In March 2015, while campaigning for Buhari in Lagos, Imo State Governor, Rochas Okorocha said: “Buhari is the Mandela of our time. At 72 what does he want? He will do one term, fix the country and move on…”

Last week when APC governors endorsed Buhari for second term, Governor Okorocha said, “If Mr President wants to run for election, he will follow all the processes and if he is the person, we will all support him.”

Following the endorsement, the silence from the presidency can be interpreted as an indication that Buhari will probably seek re-election in 2019.

Buhari can be all things to his supporters, but he is no Nelson Mandela. The late world icon, champion of freedom, and former president of South Africa was known for uniting a racially divided country.

Buhari on the other hand has divided Nigerians, mostly alienating the south-east sub-region where the Igbos, one of Nigeria’s major ethnic groups resides. In July 2015 at an event in the US, he described them as the “5%” who didn’t vote for him, vowing not to treat them equally as those who did.

Except for the constitutionally mandated provision to appoint ministers from each state, Buhari has deliberately alienated the south-east from his administration. He has repeatedly made comments that disparage the Igbos.

Elected president on the strength of a touted impeccable integrity, but after his administration’s poor handling of issues of corruption perpetuated by members of his cabinet, many voters are now questioning his credibility.

Although among his core supporters Buhari’s integrity may still be flawless, but to majority of Nigerians, the comparison to Mandela holds no water. DM