Newsflash: The heat is on as SAPS raid IPID attorneys’ Pretoria offices 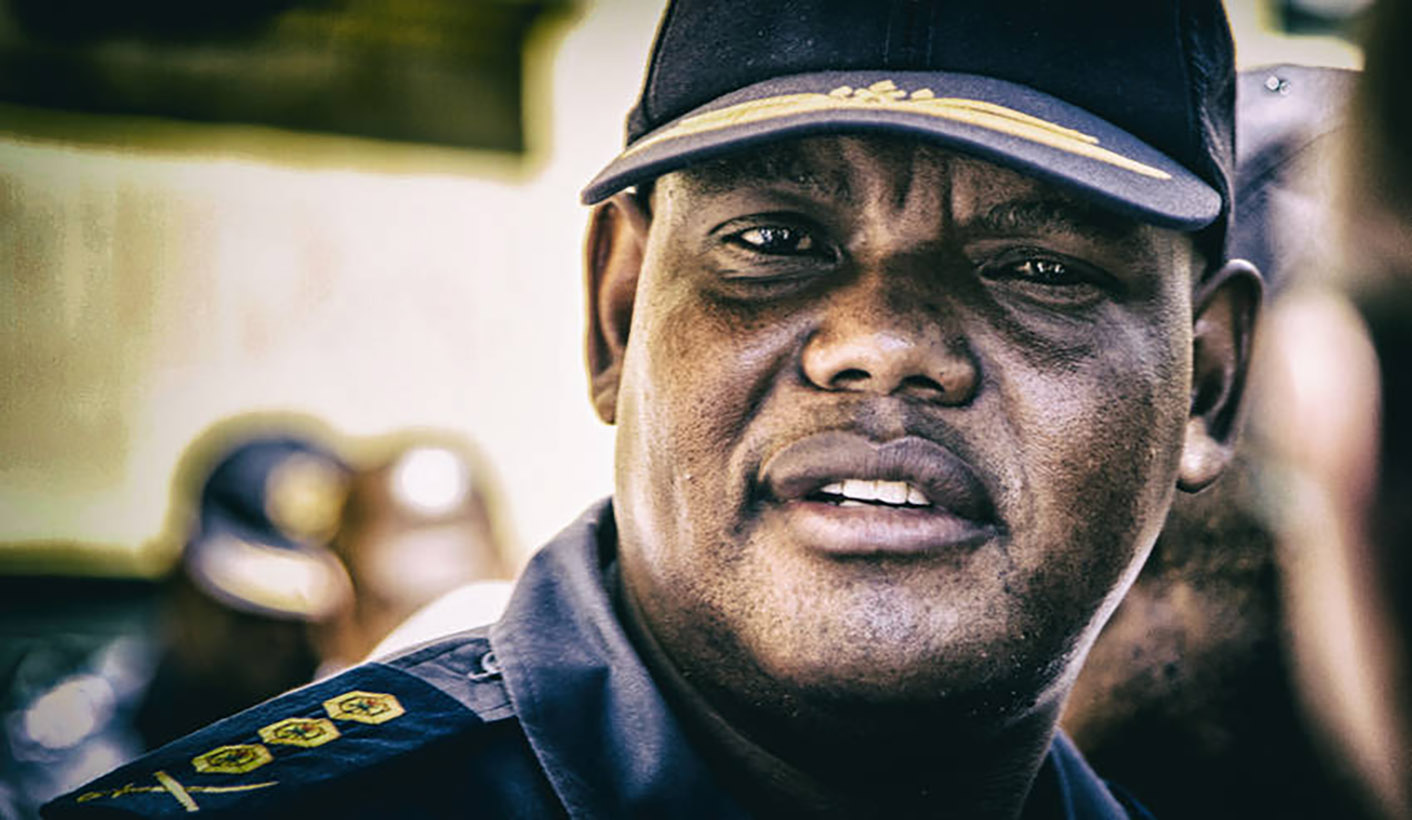 On the same day that the NPA announced that it has declined to prosecute former acting National Police Commissioner Khomotso Phahlane on charges of defeating the ends of justice, the Garsfontein offices of attorneys acting for the Independent Police Investigative Directorate were raided by SAPS. The raid was led by North West head of commercial crimes investigations, Brigadier Pharaza Ncube. Ncube is one of several North West SAPS members facing pre-exisiting and pending investigations by IPID. It’s now a question of the guards turning on the guardians in the deadly end-game. By MARIANNE THAMM.

IPID’s National Spokesperson, Moses Dlamini, issued a statement on Tuesday condemning the raid and suggesting that the directorate’s ongoing investigations had “unsettled those who are busy looting SAPS resources”.

Dlamini described Ncube, who led the raid, as “one of Phahlane’s goons” who was part of a team, along with Major-General Jan Mabula, and who are stationed in Klerksdorp in North West.

It was Mabula who led a raid on forensic investigator Paul O’Sullivan’s home in Johannesburg in February 2017 detaining his assistant, lawyer Sarah Jane Trent, and holding her incommunicado in police cells in Kameeldrift for two days.

Mabula was also the man who arrested former KwaZulu-Natal Hawks head Major-General Johan Booysen in 2012 as well as prosecutor Gerrie Nel in 2008. Both arrests were later declared unlawful.

In May this year IPID launched an urgent High Court application against Phahlane in an attempt to prevent SAPS members with a personal interest in cases from investigating the police watchdog’s members.

The application was filed in response to SAPS charging two IPID officials, Mandlakayise Mahlangu and Temane Binang. The two officers had led the investigation into corruption and money laundering against Acting Commissioner Khomotso Phahlane.

In that matter, IPID executive director Robert McBride deposed an affidavit detailing that the North West squad has been previously involved in politically motivated arrests. Mabula was an ally of the late former National Commissioner Jackie Selebi who was sentenced in 2010 to 15 years on charges of corruption.

On Tuesday the NPA announced that it would not be prosecuting Phahlane on charges of defeating the ends of justice. The charge relates to Phahlane’s attempt to interfere with witnesses in IPID’s investigation of fraud and corruption linked to the former acting commissioner.

NPA spokesperson Luvuyo Mfaku told media that there were no prospects of success in that particular case.

“It is quite telling that the NPA has announced its decision not to charge General Phahlane but the NDPP has not responded to the IPID’s request for a review of the decision not to prosecute Gen Phahlane for defeating the ends of justice in the face of overwhelming evidence. The IPID is committed to investigate without fear, favour or prejudice. The Constitution requires no less of us,” said Dlamini.

But Phahlane is not yet off the hook. IPID is continuing its in-depth investigation into Phahlane’s relationship with SAPS forensic suppliers, including Forensic Data Analysts (FDA), a company owned by Pretoria businessman Keith Keating. Those implicated are Phahlane, his wife Brigadier Beauty Phahlane, and his sister Josephine.

On Tuesday Minister of Police Fikile Mbalula told media he was a “hands-on” minister and that one of his objectives was to clean up Criminal Intelligence as well as flush out criminal elements in the SAPS. Mbalula should meet McBride for a cup of coffee if he’s serious. DM