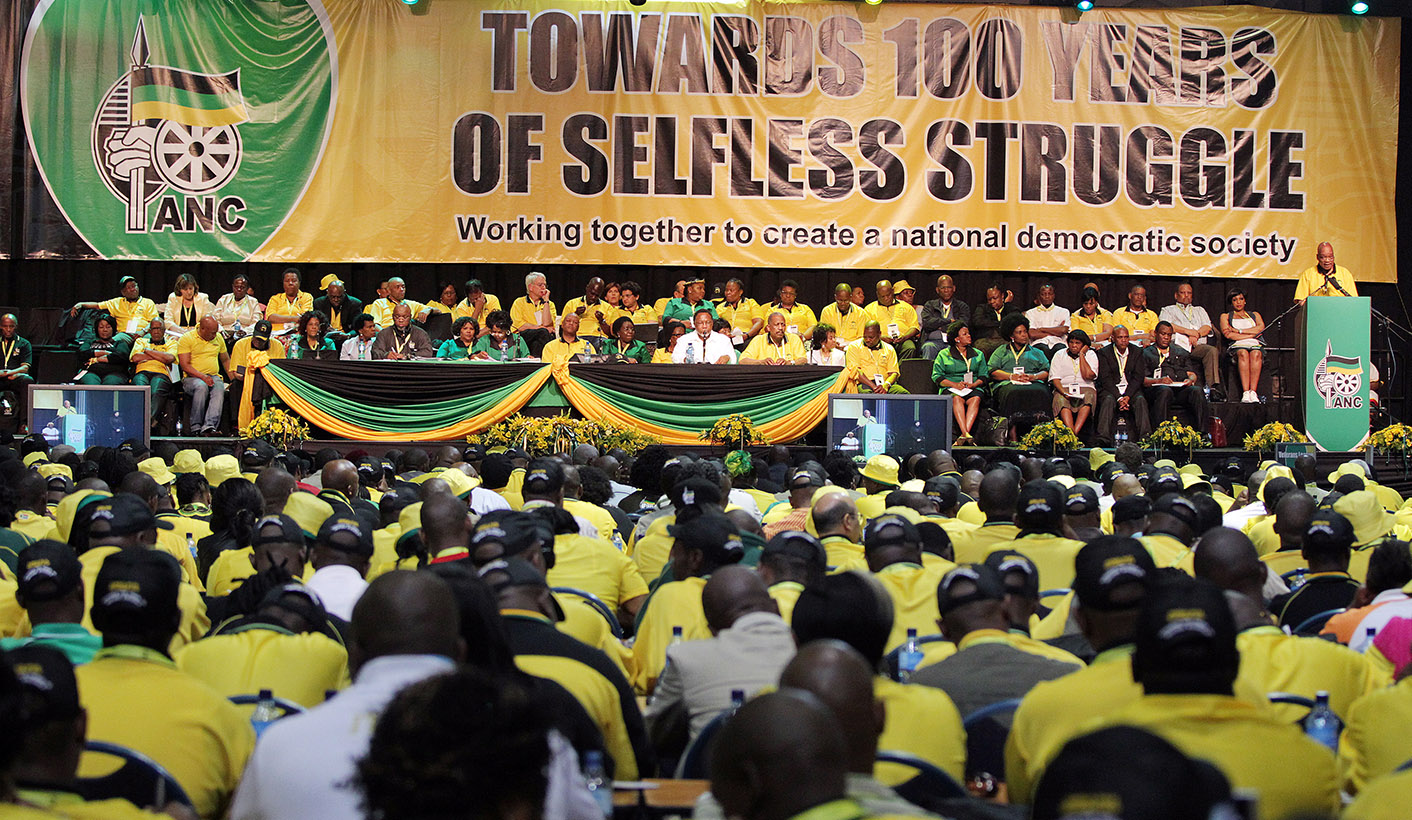 As the ANC’s election nominations continue at branches across the country, the party’s Women’s League criticised a report claiming the party would probably split and the economy suffer if Nkosazana Dlamini Zuma is elected president in December. By GREG NICOLSON.

The ANC Women’s League (ANCWL) are firmly behind Nkosazana Dlamini Zuma’s campaign to become the next party president and in a statement on Monday slammed a report from Standard Bank outlining the potential pitfalls of her election.

The bank’s report, titled “The prospects for and implications of an NDZ win”, was authored by its analyst Simon Freemantle and issued last week to advise clients on the state of the governing party’s election race and the potential political and economic fallout if Dlamini Zuma, who is President Jacob Zuma’s chosen successor, is victorious.

“The ANCWL is not surprised that Mr Freemantle and Standard Bank has come out of the closet and shown its colours on their preferred candidate to lead the African National Congress. It is common knowledge that Standard Bank is a corrupt institution and it will support any person that they think will advance the interest of businesses at the expense of the poor and the working class,” said ANCWL Secretary General Meokgo Matuba in a statement.

“The ANCWL demands that Mr Freemantle and Standard Bank stop their decampaigning (sic) tactics against Cde Dr Nkosazana in their process of lobbying for their own preferred candidate who gravitate towards white monopoly capital using the poor and the working class for his/her political expediency,” she continued. She refuted the claim that the ANC is likely to split if Dlamini-Zuma is elected. “The ANC will whither [sic] all of the current storms and emerge united.”

Freemantle argued that given Dlamini Zuma’s supporters, the quality of leadership could worsen during her presidency. “In fact, it is plausible that the calibre of leadership in the ANC under an NDZ/Premier League win could be demonstrably worse than it is now given that such a shift would deprive the ANC of many of the moderate and credible voices that have remained in the party’s senior structures (both within the current top six, and in the upper echelons of the NEC) during President Zuma’s time in office, and have acted as a vital bulwark against an even more material erosion of institutional capacity than has been the case.”

He said this year’s ANC conference might signal the last time the party can solely determine the future of the country’s politics. If Dlamini Zuma is elected, with support particularly from more rural provinces, the ANC’s urban-rural divide could increase and the country’s economy, if Dlamini Zuma follows through on proposed populist policies, would be defined by the current status quo.

Matuba, in Dlamini Zuma’s defence, said, “Cde Dr Nkosazana and the leadership collective will unapologetically and without fear implement radical economic transformation.” She also noted the Competition Commission’s case against Standard Bank, including 16 banks across the globe, for alleged collusion in foreign currency trading.

Hayley Crane, from the bank’s communications department, said, “Standard Bank as part of its ongoing ordinary business activities provides analysis and research to its clients on a number of current and topical economic and political issues, providing insights and analysis for information purposes only. The views expressed in our research reports are that of independent analysts, and are not necessarily that of Standard Bank, its employees or directors.”

Freemantle’s report doesn’t assume that Dlamini Zuma’s election is a given, but he attempts to break down how ANC delegates might vote, predicting she will win by approximately 150 votes of around 5,000 votes cast. Freemantle spends considerable time on Mpumalanga ANC Chairperson David Mabuza and his role as a kingmaker at the upcoming conference. Mpumalanga will have the second highest number of delegates after KwaZulu-Natal.

Mabuza has kept his cards close to his chest and has been perceived to be waiting for the best offer from either Dlamini Zuma or her rival Deputy President Cyril Ramaphosa. “Crucially, it has been suggested that Mpumalanga Premier David Mabuza will, after all, support the NDZ campaign in exchange for his coveted role as deputy president. If true, such a development would place Dr Dlamini Zuma marginally ahead of Deputy President Cyril Ramaphosa in the ANC’s presidential race,” surmised Freemantle.

It was reported this weekend that Ramaphosa announced the names of the candidates he hopes are elected into office. In effect, he announced his slate. He said he wants Naledi Pandor to be elected ANC deputy president, Senzo Mchunu elected secretary-general, and Paul Mashatile elected treasurer-general. Mabuza was notably absent from his list.

Ramaphosa’s announcement led to an indirect rebuke from the ANC. “Such pronouncements are unacceptable whether comrades have a preference or not and seek to usurp the entrenched right of the branches to nominate candidates of their choosing,” the party said in a statement. “The 2015 National General Council resolved to outlaw slates and reaffirm the role of the branch as the basic unit of the ANC. Accordingly, in implementing this resolution, the NEC directed that we ensure branch nominations are not tampered with and that the will of the branches is reflected and respected.”

Ramaphosa on Monday responded: “The names I mentioned for leadership positions arose from interactions and nominations emerging from ANC structures and should be understood in that context.” He said the branches, however, remain paramount to the election of the party’s top officials.

As the mid-December conference date draws closer, the ANC is clearly worried about members behaving badly. In a letter dated 2 November to all party structures, ANC electoral commission chairperson Sindiso Mfenyana reminded members that anyone promoting disunity or factionalism before or during the conference could be subject to disciplinary proceedings.

Mfenyana quoted rule 25.17 from the ANC constitution, outlawing racism, actions promoting division, the abuse of elected office, assaulting other members, and factional activities. The fact that he had to remind members of the party’s basic rules highlights the turmoil ahead of its December conference.

Members are blatantly violating the rule, but it’s unlikely any actions will be taken against them in an environment already defined by divisions. DM