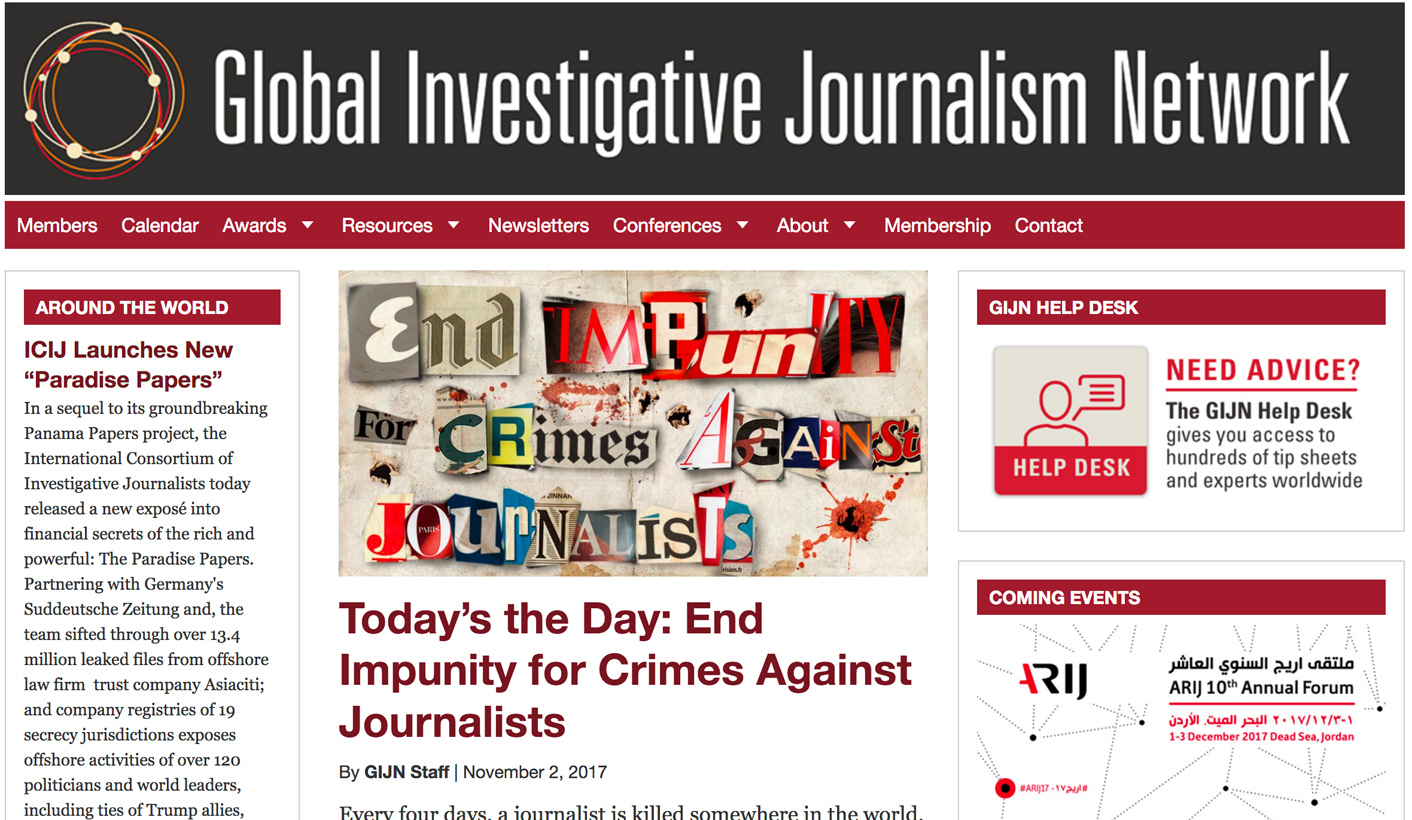 It could not be better timing: 1,100 of the world’s most troublesome journalists will roll into Johannesburg in two weeks from 130 countries for the Global Investigative Journalism Conference. It is enough to keep the Zuptas awake at night – perhaps even during Budget speeches. By ANTON HARBER.

Eleven hundred of the world’s most troublesome journalists will spend three days giving each other tips on how to call to account the rich and the powerful, swapping tools and techniques, software and hardware, and stories of derring-do. They will build networks to assist and support each other in their communal quest to shine light into every dark corner of the world and make miserable those who depend on secrecy to do the things they shouldn’t be doing.

It is enough to keep the Zuptas awake at night – perhaps even during Budget speeches.

It will include Anas Anas, the Ghanian undercover journalist who systematically bribed dozens of judges, filmed them while doing so, and then worked with police to have them charged. He is a controversial character who will be the centre of much debate, particularly among those journalists who frown upon working hand-in-hand with the police.

It will include Kenya’s John-Allan Namu, head of African Uncensored, who has done important work in exposing police wrongdoing; Dapo Olorunyomi, arch-corruption buster from the Wole Soyinka Centre for Investigative Reporting, and Oluwatoyosi Ogunseye, the first woman editor of Sunday Punch in Nigeria.

Also there will be the global teams who worked together to expose the Swiss Leaks investigation, which involved 170 reporters in 60 countries, and the Panama Papers, the biggest ever trove of data (2,6 terabytes, 11.5-million files) both of which opened up the world of secret bank accounts and illicit financial movements.

Some of the stories that will be highlighted include the work of the Balkan Investigative Reporting Network and the Corruption Reporting Project which exposed a massive arms pipeline between Central and Eastern Europe and the Middle East; the theft of $200-million in Iraqi education funds; the “Gujarat Files”, which exposed the complicity of top officials in 2002 religious riots, and a Chinese investigation into the money-politics connection in China.

There will be about 250 speakers altogether, not least of all some of our own local #GuptaLeaks heroes, who continue to trawl the thousands of leaked “State Capture” emails.

The event is the 10th biennial gathering of the Global Investigative Journalism Network, taking place at Wits University in mid-November, the first time this meeting has been held in Africa and the biggest-ever such gathering. It will be an unexpected celebration of what has become something of a golden era of investigative reporting, despite the huge financial and political pressures that these journalists are facing.

This golden era is largely due to the capacity now for large-scale leaks of unprecedented quantities of digital information. The scale of these leaks means that they often require international co-operation of large teams of investigators. It is at conferences such as this one that these networks are built, and journalists agree on how to work together to extract the full value of the information.

Lots of new technologies will be on show, such as an immersive virtual reality showcase, and there will be lots of training in computer-assisted reporting and data journalism.

At the same time, investigative reporters will have a lot to worry about. How will they continue to fund their work, when many newsrooms around the world are shrinking and cost-cutting? It is striking how much of the work, here and around the world, is now funded by philanthropic foundations who have stepped into the gap left by financially stressed media owners. Is this sustainable? How does it affect the independence of journalists?

How do investigative reporters remain safe, and how do they co-operate and communicate with each other in safety? The tools they use to probe are often also tools that can be used against them, to watch them, compromise their sources and steal their data. At the previous conference in Norway, I heard an expert spend half his talk telling journalists how to use social media to follow people, and the other half on how to stop others doing it to them.

Journalists will ponder the recent car-bomb death of journalist Daphne Caruana Galizia, who was involved in the Panama Papers investigation. And there will be a memorial lecture in honour of Carlos Cardoso, the Mozambican journalist killed in 2002 while investigating corruption, reminders of how high-risk this work can be.

They will revel in the free speech we enjoy in South Africa, as few of them have as much in their own countries. But they will probably also read the introduction to veteran reporter Jacques Pauw’s remarkable new book, The President’s Keepers: Those keeping Zuma in power and out of prison: “Once again, I was speaking to sources in a hushed voice, changing venues at the very last minute, and exchanging encrypted messages. At meetings, some told me to switch off my phone and take the battery out. They reminded me that sensitive state institutions were the victims of mysterious break-ins. We were back in the era of dirty tricks.”

They will undoubtedly think how remarkable it is that a book like this can be written, and that the president at the centre of it can survive. No doubt, the hard-bitten muckrakers from around the world will raise their glasses of South African wine – which I expect will flow like emails from Saxonwold – and toast both the achievements, and the frustrations, of investigative reporting. DM

Harber is Caxton Professor of Journalism, Wits U, and co-convenor of the conference.