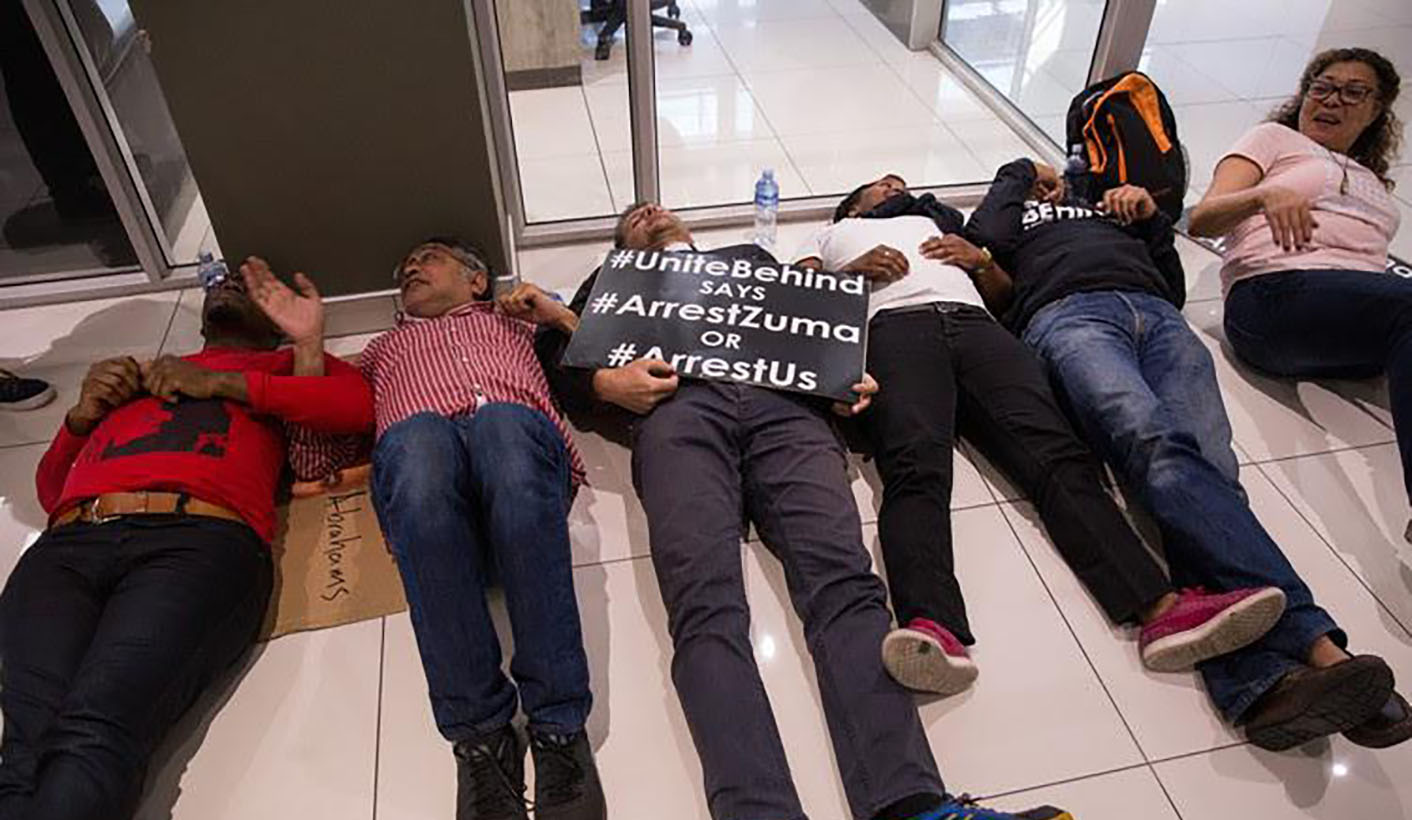 Eight members of the #UniteBehind Coalition, arrested for trespassing during a sit-in at the National Prosecuting Authority, are set to appear in court again in December. By Zoë Postman for GROUNDUP.

The eight #UniteBehind Coalition members who were arrested for trespassing at the National Prosecuting Authority office (NPA) during a demonstration on Wednesday appeared in the Cape Town Magistrate’s Court on Thursday morning.

The coalition members had occupied the NPA offices at around 13:30 on Wednesday and demanded to see President Jacob Zuma’s warrant of arrest. They refused to move. At around 17:30 police arrested eight members of the group.

Daniel Linde, the group’s lawyer, said they were told they were going to be released, without bail, on the same day. However, Linde said the members were kept in a police station overnight.

“A lot of them [the members] need to take medication every night and because we were told that they were going to be released on the same day, we didn’t arrange for their medication to be brought to the police station,” said Linde.

Police refused their request for their medication to be brought to them. Holtzman said this was in “violation of human rights”.

Holtzman said, “The State Prosecutor proposed that one of the conditions for our release be that we will not be allowed to enter the NPA offices without their [NPA] permission. We rejected this condition and the judge also ruled against it.”

She said they were released on a warning, without conditions, and were set to appear again in court on 5 December. DM