Who owns SA land? AgriSA tries and fails to provide a clear answer 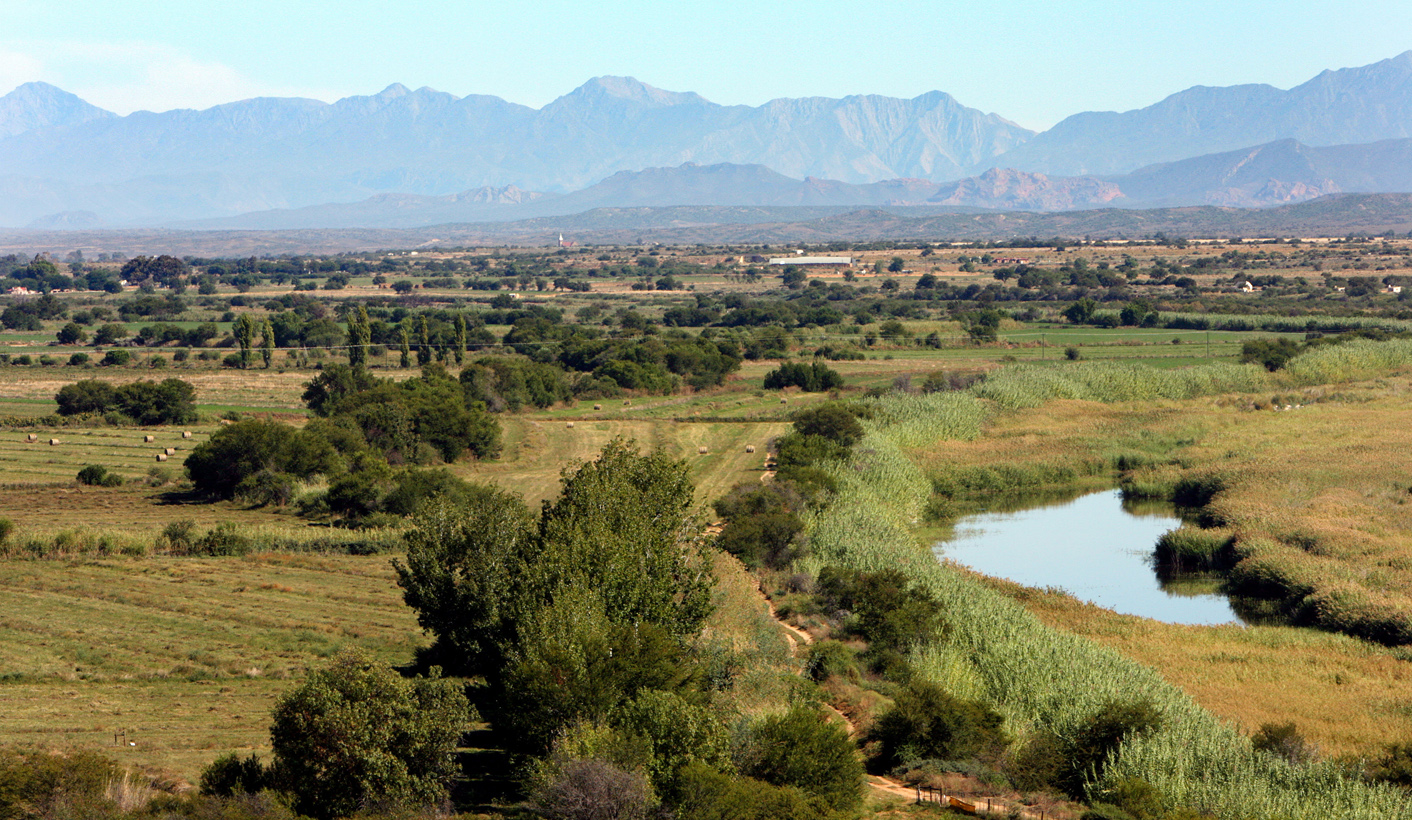 Farmers’ interest group AgriSA on Wednesday released its own land audit. The figures should be treated with caution, but, unlike government, at least it’s trying. By GREG NICOLSON.

#BlackMonday protesters said they represent victims of all races, but the demonstrations across the country this week highlighted a particular type of white fear. Farm murders are common and often brutal, but there’s no evidence to prove farmers are more vulnerable than other citizens. The protests highlighted how white farmers believe they are under attack, from criminals and politicians, that they yearn for the past, to the point that some brandished the apartheid flag, and that most still identify with communities defined by whiteness.

“People seem to be grieving for much more than these deaths. People are grieving about change in this country,” Wits School of Governance lecturer Gillian Godsell told Al Jazeera on the #BlackMonday protests. An issue white farmers are clearly concerned about is the growing call to change the law to further promote land redistribution and restitution by introducing expropriation without compensation.

On Wednesday, a report was released that said land expropriation, or other “radical” measures, is not necessary because far more land is owned by black South Africans than previously thought and the open market has proved an effective mechanism to promote transformation. The report, released by AgriSA, attempts to provide an audit of land ownership in South Africa according to race.

Read in isolation, its findings dampen the calls from activists and politicians, including those in the EFF and some in the ANC, to introduce new policies to replace the “willing buyer, willing seller” model of land redistribution and restitution that has only seen a minimal amount of land transferred to black ownership since 1994.

The report says: “These broader statistics indicate a greater level of ownership by [previously disadvantaged individuals] than is commonly suggested in debates arguing for extreme transformation policies and laws. Rather than pursuing these extreme policies, which are very likely to result in serious unintended consequences, land reform policy-makers should take note of the insights provided by this report.”

AgriSA compiled the land audit with the help of Agri Development Solutions and the publication Landbouweekblad. It looked at the 1994 land ownership figures and then analysed ownership transaction data in 1994 and 2016, through the Deeds Office, and tried to determine the race of owners involved in land transactions by looking at their surname and the location of the land.

“The transactional data was used to compile an estimate of the racial make-up of land ownership for 1994 and 2016,” reads the report. It found previously disadvantaged individuals currently owned 26.7% of farming land, up from 14.9% in 1994, and almost half of “land potential” – which AgriSA defined as land having potential fertility. “When considering ownership by previously disadvantaged individuals (PDIs), in terms of the land’s value and the land’s potential, the ownership share increased significantly. On a national level: in terms of value, the share is 29.1% and in terms of land potential, the share is 46.5%. These statistics compare favourably against an ownership share of only 14.9% in 1994 (based on land size in hectares).”

AgriSA’s report essentially found that black South Africans have bought a significant amount of land on the open market (its figures include government transactions). But the report – its findings have already been widely reported – admits to the gaps in its conclusions and doesn’t significantly explain some of its key findings.

Ruth Hall, a professor at the Institute of Poverty and Land Studies at the University of the Western Cape, said that the report actually undermined AgriSA’s argument that the current system of “willing buyer, willing seller” be improved rather than replaced. Hall said AgriSA’s data showed that the government’s spend on land for black South Africans had failed to transfer into significant ownership. She suggested that this means the current model has in fact not been as successful as AgriSA claims, with government and black people spending significant amounts but black people claiming little ownership of the land.

AgriSA’s report only runs to 34 pages and skips over many of the nuanced details of finding out who owns what South African land. It admits the research requires more investigation, but it failed to provide significant detail on issues of commercial and speculative land ownership. It lumped all government and PDI purchases together, including communal land ownership established by the former government, ignoring more nuanced conversations of class and tenure. AgriSA emphasised the potentially productive land blacks own – by which it suggested blacks have a high agricultural potential to farm productive land in the former rural Bantustans – but failed to explain the nuances behind the potential productive use or the complications behind such ownership and how the land is used.

“Their own data shows the market’s not an effective way to transfer land,” said Hall. “So they’re spinning this.”

She said the #BlackMonday marches emphasised that white farmers feel under attack not just from farm murders but black entrants into the space and the potential of more radical policies on land reform. AgriSA’s report is another attempt to avoid real conversations about land ownership and transformation within the country.

The government is the architect of such reports. For years, the ANC has been promising to provide a detailed land audit to act as the backbone to transformation goals. It hasn’t. Most recently the department of rural development and land reform said it would provide the latest update on the state’s land audit project by the end of October, which it didn’t.

AgriSA emphasised that its report was developed while the state failed to produce its own statistics on who owns land in South Africa. It has its own interest group to look out for, patently scared about their own livelihoods and the potential of more drastic policies. The statistics are biased, but, unlike the government, at least AgriSA is trying. DM