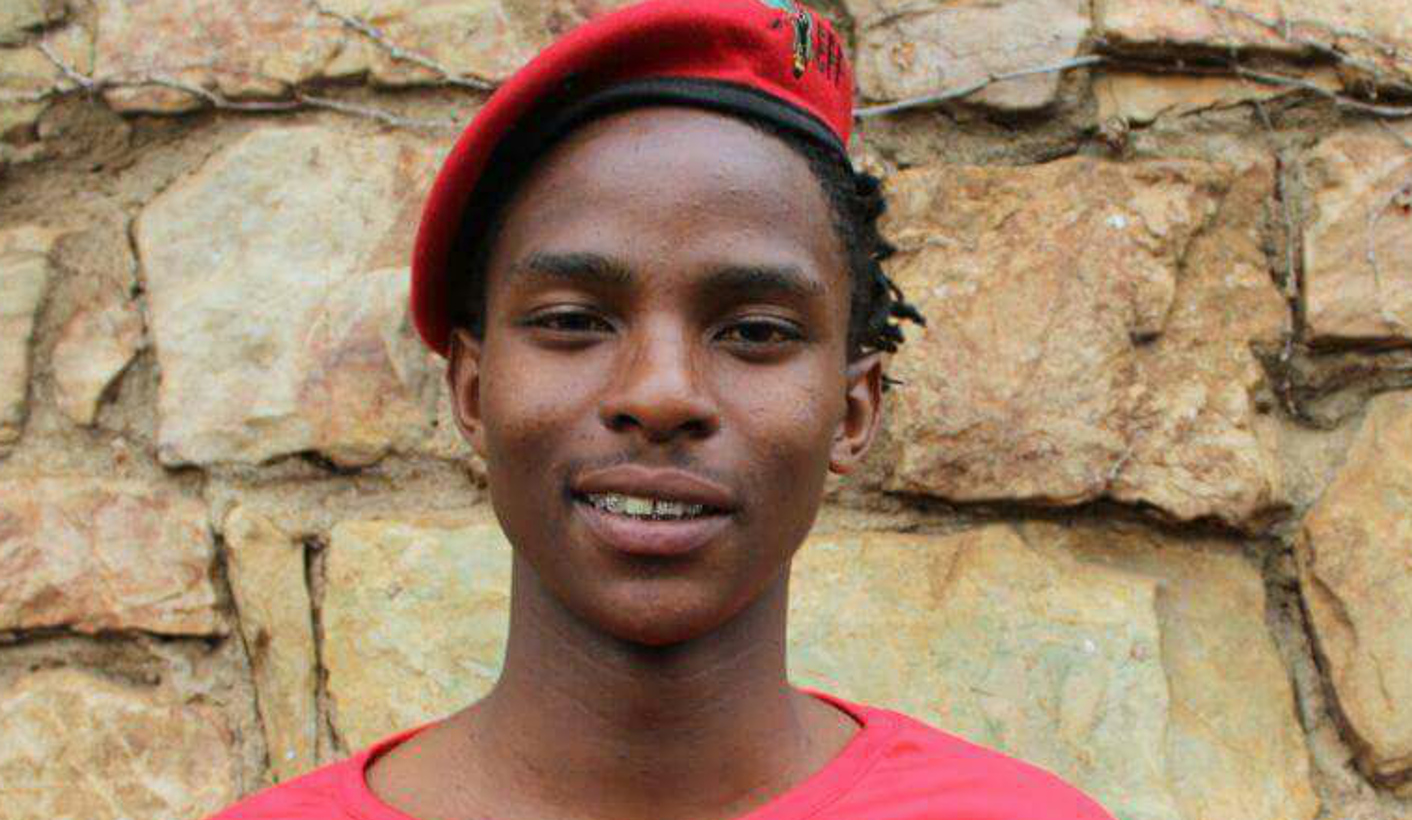 As students cast their votes over the past few weeks to elect members of the 2018 Students’ Representative Councils at various campuses around the country, a striking feature has occurred at Wits University – the Economic Freedom Fighters’ Student Command overthrew the once mighty Progressive Youth Alliance from power for the first time. They won 12 seats of the 15 seat committee while the remaining three seats went to the PYA. But is the EFFSC ready to govern? By NKATEKO MABASO.

Incoming president of the Wits Students’ Representative Council (SRC), EFF Student Command’s head, Orediretse Masebe, is a young man with a bright smile and braces on his teeth, and a sharp gaze of assuredness common among aspiring young revolutionaries.

On Wednesday, he along with the rest of the new SRC members were inaugurated at Wits.

In an interview with Daily Maverick before the inauguration, Masebe, a third-year BA: Politics and Philosophy student, said he considers their huge win as a result of the “groundwork” they have been putting in on the Wits campus for the past three years.

During the campaign, they had invited Mbuyiseni Ndlozi, EFF spokesperson, parliamentarian and Wits alumini, to speak at their rally on campus. “He represents the youth, he is smart and a lot of students can relate to him, instead of the old politicians,” Masebe said.

But even the “people’s bae” could not deliver students from their voter apathy.

On the second day of voting, only 18% of students had voted. According to university rules, to constitute an SRC, 25% of the student body needs to have cast a ballot. However, if the percentage is not met, the vice chancellor can give a concession for the votes to be accepted as they are. This is ultimately how the 2018 SRC was constituted.

Masebe sees student apathy as a result of the anti-Wits stance – real or imagined – that the #FeesMustFall movement has always taken.

“And unless the EFF SC changes the idea of student representation, the turnout will decrease further.

“We need to realise the problem is not with us, but the students we are preaching to”, he says. “Students have been depoliticised… decolonial politics was at a peak two years ago, with #RhodesMustFall and #FeesMustFall, and yet that has never translated to votes (during SRC polls).”

Masebe said that at Wits this apathy was also linked to students wanting to get through their studies and attaining their degrees without concerning themselves with the broader issues – fees, accommodation, safety – during that time.

They have been dreaming about it all their lives and have an attachment to the university and what its name will bring them in the job market after graduation, Masebe explains, adding that anti-Wits sentiments by protesters are seen as views that stop the academic year and crush the dream of graduating from a respected institution.

On protests and whether there will be a shutdown of the campuses, Masebe, whose campaign promise was that the EFF Student Command would do just that, says they will have to consult the students before taking further steps.

“Students must decide among themselves to act or not … Protests are impulsive, spontaneous and never planned. Genuine protests stem out of desperation, an eruption,” he said.

Masebe said a mass meeting would be held to discuss the contents of the Heher Fees Commission report and whether shutting the campus was the way to go.

The EFF Student Command rejected the fees commission and its report – their mandate was to fight for “free quality decolonised higher education”, said Masebe.

He described the student wing of the EFF as being in transition between being activists and governing. He compares the student command to the national (EFF) party’s work in Parliament. “They are merging the idea of an activist and parliamentarian,” he says.

Key issues to be tackled, apart from fees and accommodation, Masebe says, include the structural support offered to students. The counselling and career development unit is seen as inefficient – students are required to fill in forms and are called a week later – and safety on campuses.

There are muggings and the university has employed security guards to walk students through Braam, but this is seen as not enough as each guard only has a stick and one guard has been reported to have ran away from thugs.

However, what was missing on their election manifesto promises was any mention of how to deal with sexual harassment and abuse both within the student command and at the university. A few months ago, female EFFSC members alleged that they were victims of rape and abuse at the hands of the fellow male members.

Masebe describes this as an “existential setback”.

But when asked if there was a plan to address this, Masebe admitted that there wasn’t. “As a male I am inherently patriarchal and cannot speak for women as to ‘this is how it’s going to be done’. I can speak to men about our behaviour.”

It is truly a different day on the Wits Campus when red berets and T-shirts have become fashionable. The question remains whether the EFF Student Command will rise to the task of governance or if their activists’ style of forcing their way through will be their downfall. DM