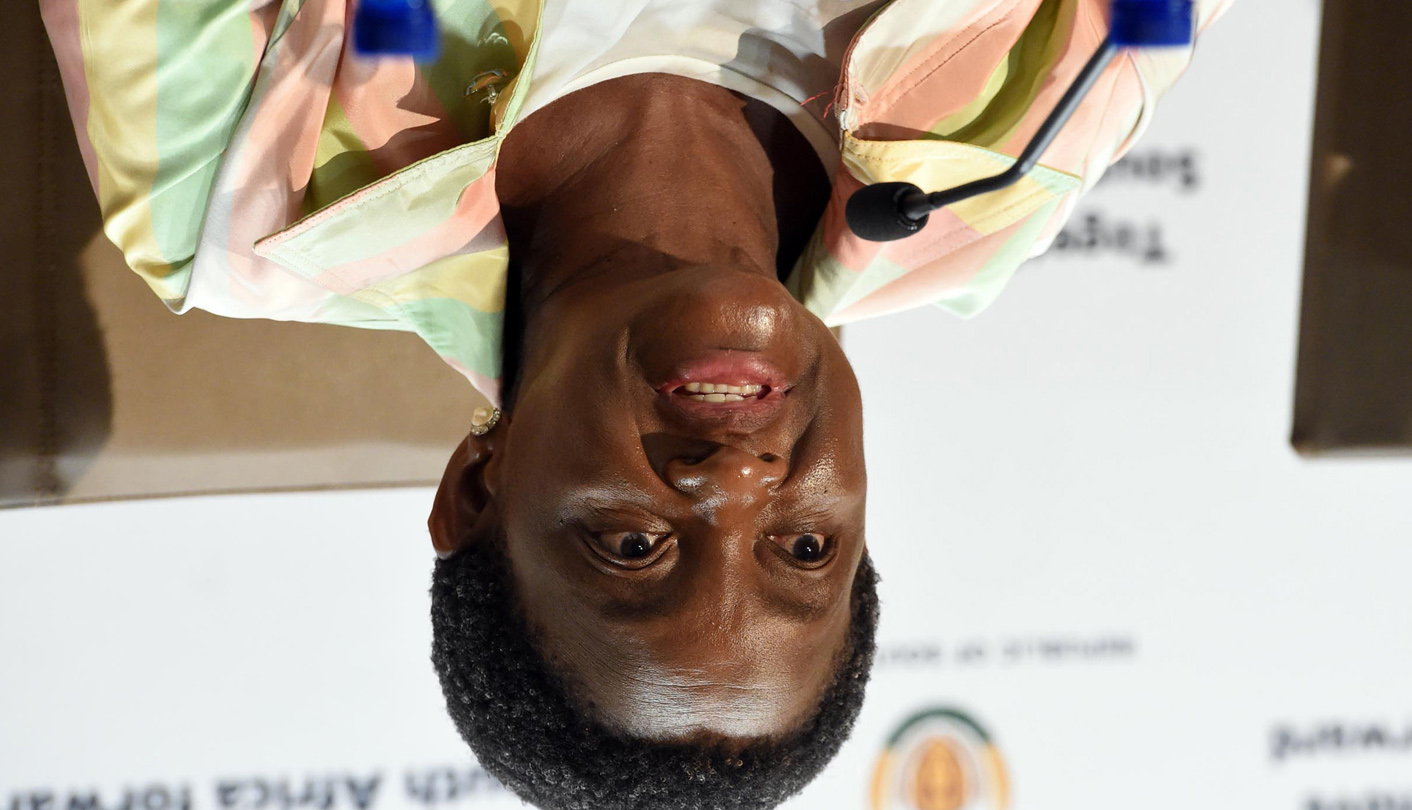 National Treasury has four days to sort out an impasse between the South African Post Office and the South African Social Security Agency with regard to the agency’s capacity to pay social grants to some 17-million recipients when the current CPS contract ends in March 2018. Auditor-General Kimi Makwetu warned that there were only 99 working days left and that an urgent solution needed to be found. A joint sitting of Scopa and the portfolio committee on social services agreed on Wednesday night to order the postponement of a tender the agency was due to publish on Friday. By MARIANNE THAMM.

If there were gaps between what the South African Post Office (SAPO) says it is capable of offering Sassa with regard to the payment of social grants to some 17-million recipients, then it was logical that “someone in the room” knew what these were, Auditor-General Kimi Makwetu told a joint sitting of Parliament’s Standing Committee on Public Accounts (Scopa) and the portfolio committee on social services on Wednesday.

Makwetu, who was a calm voice of reason amid a tense sitting after earlier meetings between Sassa and post office executives and officials, Minister of Social Development, Bathabile Dlamini, Minister of Telecommunications and Postal Services, Siyabonga Cwele, and Treasury DG, Dondo Mogajane, did not reveal who he thought that “someone” might be.

The joint sitting was called for 18:00 on Wednesday after a marathon round of meetings between all parties in an attempt to break an impasse between Sassa and SAPO which emerged at a joint sitting on Tuesday.

SAPO claims that it can offer almost all of the services Sassa requires as well as banking, card production and cash payments, while Sassa and Minister Dlamini seem to be of the opinion that SAPO falls short of its requirements.

A tetchy Dlamini took the opportunity on Wednesday to assert her thoughts on the matter when she announced, towards the end of the two-hour sitting, that she was withdrawing a letter former Sassa CEO, Thokozani Magwaza, had sent to SAPO CEO, Mark Barnes, in July this year, agreeing to use the services of the Post Office.

Magwaza was fired, or rather negotiated an exit from Sassa with a non-disclosure clause, shortly afterwards.

“We withdraw the letter,” Dlamini squeezed in.

The committee heard that after months of meetings, workshops and letters sent between Sassa and SAPO, the technical teams of both organisations had not met to discuss requirements for the massive task of paying over grants worth R10-billion a month.

Makwetu expressed alarm that with only 99 working days left to find a solution, “we are still in the realm of thinking about it and have not applied our minds to the practical matters at hand”.

Treasury DG Mogajane told the joint sitting that Treasury had facilitated a series of meetings between Sassa and SAPO on Tuesday and Wednesday in order to establish the facts.

Earlier this month Sassa wrote to the post office informing it that it had been granted a tender for only one of four aspects of the new grants payment system – the building of an integrated IT payment system.

Sassa and Dlamini have claimed that SAPO, according to a due diligence report by the CSIR, was found wanting in terms of the issuing of cards, banking services or the distribution of cash. Dlamini claimed that SAPO currently did not have a fully-fledged banking licence, forgetting that CPS also does not have one.

“At no point did SAPO have a fuller understanding why they were disqualified on the other three matters,” said Mogajane on Wednesday.

He added that Sassa should provide reasons to SAPO for them not qualifying.

It was clear from Wednesday’s report-back that tensions are still simmering between Sassa and SAPO and that Treasury was looking into whether it might be forced to facilitate a dispute resolution between the two government entities.

Treasury would also facilitate a meeting between the technical teams of both Sassa and SAPO and that would include the South African Reserve Bank. Strict timelines would be set and would have to be adhered to.

There is so little confidence in Dlamini and Sassa that the process of transferring the grant payment system in-house is being monitored by a court-appointed panel of experts, an Inter-ministerial Team (headed by President Jacob Zuma), Scopa, the portfolio committee on social development and now a new team committee.

The new teams now needed a “political directive” to “move onto the same page”, warned Mogajane.

“They are not talking one language,” he said of the engagement between SAPO and Sassa.

Committee members agreed it was imperative to avert a “national crisis” and that the matter was urgent.

Dlamini disputed claims that SAPO and Sassa technical teams had not met.

“The technical committees have been meeting, chaired by the DG in the Presidency [Dr Cassius Lubisi]. Also there was a workshop I attended that was for social development and SAPO so I don’t understand what it means that they have not met before and that is why I thought we have not come here to start from scratch,” said Dlamini.

She said Treasury had also been invited to procurement meetings “but yesterday the way they spoke like they have not been invited”.

She added that there had been a “war room” where SAPO and Sassa had met and where matters of due diligence had been discussed. SAPO should provide Sassa, she said, with a programme of action and also how it planned to produce banking cards for recipients.

“If they are unable to then what is plan B? Also what is their plan to pay offline recipients?” she asked, adding that new systems also needed to be tested.

SAPO CEO Mark Barnes told committee members that technical systems needed to be linked to the bank delivery system and that Sassa wanted SAPO to develop this system which would later be handed to the agency.

Treasury is expected to report back to both committees next week. DM