Analysis: Danny Jordaan’s response to rape allegations insults us all 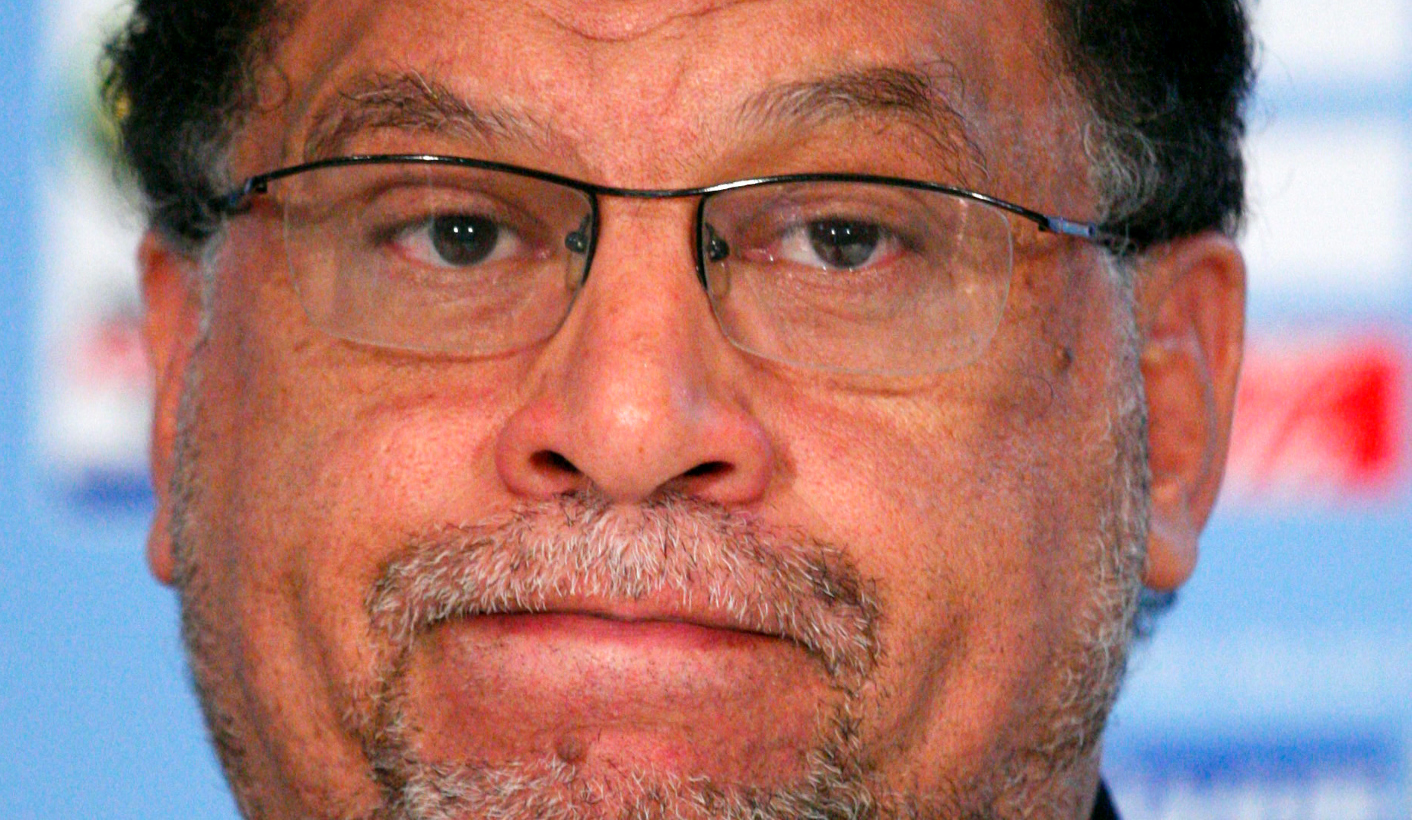 Two weeks ago, singer and former ANC MP Jennifer Ferguson claimed that she had been raped by South African Football Association boss Danny Jordaan. Since then, there had been no formal comment on the matter by Jordaan – until Wednesday, when Jordaan released a statement of mind-boggling disingenuousness. The statement is such an extraordinary work of literature, in fact, that it should become a prescribed text in schools across the land. By REBECCA DAVIS.

Even in a country as routinely surreal as South Africa, there are days when you confront something so perplexing that your brain cannot initially process it.

This was the case on Wednesday, when I encountered the following sentence in Danny Jordaan’s lawyer-issued statement in response to being accused of rape.

“Dr Jordaan’s perceived silence in the face of such serious allegations,” it reads, “is because of his empathy with the victims of gender-based violence.”

In the words of Emo Philips: some mornings, it’s just not worth chewing through the leather straps.

Parsing Jordaan’s statement is roughly equivalent to panning for gold in an urban sewer, but shall we take a deep breath and begin?

Danny Jordaan is referred to throughout his statement as “Dr Jordaan”. This is a subtle way of reminding members of the proletariat of the status of the man we are dealing with. His rape-accuser, Jennifer Ferguson, by contrast, is just “Ms Ferguson”. Dr vs Ms: who you gonna believe? The doctor will see you now.

Jordaan’s silence on the accusations up to now has only been a “perceived” silence, we are told. Though making absolutely no public statement on the matter for the last two weeks might appear to constitute silence, this is seemingly not the case. Indeed, this part of the statement is undeniably accurate. We now know that Jordaan has in fact been frantically discussing the claims – with lawyers.

One is the attorney who released the statement: Mamodupi Mohlala-Mulaudzi. Another is well-known advocate Norman Arendse, who Jennifer Ferguson says has been doing some digging into her history.

In an interview on 702 on Tuesday night, Ferguson said that Arendse “SMSed the father of my child and asked if he would be prepared to come forward, off the record, to disclose anything compromising [about] my past”.

Arendse denies this, so we should probably give him the benefit of the doubt. Just another confusing case of he-said, she-said. Innocent until proven guilty, and all that.

Back to the statement. Jordaan’s not-really-silent silence, to remind you, stemmed from his empathy with the victims of gender-based violence.

In the same way, we must conclude that Jordaan’s silence after being accused of bribery with regards to the 2010 Soccer World Cup bid was motivated by his empathy with the victims of corruption.

Dr Jordaan, it would appear, is a man of bottomless empathy.

It is admittedly a curious form of empathy which expresses itself entirely in silence. Maybe it makes itself known in other ways: a meaningful hand clasp, say, or a soft gaze. But to find out, we’d probably have to be alone in a room with Jordaan, and I for one have other plans.

In a previous sentence, the statement hammers home the message that Jordaan is not just a not-rapist, but a veritable gender warrior.

“In light of the scourge of gender-based violence in this country and Dr Jordaan’s sensitivity towards the issue he had to consider carefully his response, if any, in public to the allegations made by Ms Ferguson,” it states.

Got it? It wasn’t to protect himself that Jordaan was staying quiet. (I’d use the phrase “keeping mum”, but such is Jordaan’s gender sensitivity that he might misinterpret it as a slur against mothers.) It was to protect Mzansi. It definitely wasn’t because Jordaan was hiding under his desk WhatsApping his lawyers and googling “statute of limitations”. It was for our sake.

It was only after “careful consideration” that Jordaan “decided to assert his innocence”.

Jordaan generally “supports public debate as an essential tool to highlight the issue of gender-based violence”. Just not in this special case, where “there are two opposing versions”. We still don’t know what Jordaan’s version is, other than that he didn’t rape anybody and sometimes silence only seems like silence.

Jordaan’s extraordinary generosity to the public does not end with his previous unwillingness to discuss the topic. It is also the rationale for his dismissal of Jennifer Ferguson’s offer of mediation. Were he to accept this way forward, his statement explains, the public might “perceive that there is a cover-up away from the glare of public scrutiny; and that there is one law for the powerful and another for the masses”.

That ship has sailed, Danny. We already know you fall under the special powerful man’s legal system from the fact that you’ve never seen the inside of a courtroom for the World Cup allegations.

That aside, Jordaan’s claim that he will not comply with Ferguson’s mediation suggestion in the interests of the public stinks both of condescension and a stunning disregard for the woman he should be answering to: Jennifer Ferguson. There are many possible reasons why Jordaan would not want to agree to a mediation process, all of which are undoubtedly motivated by self-preservation. That he presents his decision as an heroic act of accountability is nauseating.

It is only in the very last sentence of his statement that Jordaan approaches authenticity. “Serious allegations of the kind made by Ms Ferguson can only be ventilated in a court of law,” it reads, “where the rights of all parties are protected”.

Jordaan could have spared us the rest of the bullshit and led with that last part, which finally rings true: Jordaan wants his rights protected. By implication, he feels that his rights have been violated up to now. That’s pretty rich coming from a man now accused of rape by three women, but let’s humour him for a second. If Jordaan feels that his rights have been violated by the media dragging his good name through the mud, that is at least partly self-inflicted. (Forgive the victim-blaming: like Norman Arendse, I will deny it later.)

All media outlets – including this one – which have reported on Ferguson’s allegations have gone to exhaustive lengths to try to air Jordaan’s side of the story. He ignored them all, perhaps hoping that the story would simply disappear in the manner that similar Jordaan-related scandals have in the past. Instead, the story has gained momentum, and Jordaan’s hand has been forced. I can’t muster much empathy for Jordaan’s violated rights, but perhaps I lack his generosity of spirit.

Three days after Ferguson made her public allegations, Jordaan was slated to be one of the guests of honour at a celebratory dinner for South Africa’s women footballers. We don’t know if he attended, but the text version of Women’s Minister Susan Shabangu’s speech sees her open her address by greeting Jordaan.

In Shabangu’s speech, she railed against “the patriarchal nature of our society”. Was Jordaan present? Was he sticking his fingers in his ears and humming? There is no clearer illustration of a patriarchal society than a rape-accused man who tells the public he is not just innocent, but a kind of hero for hiding from those asking difficult questions. DM