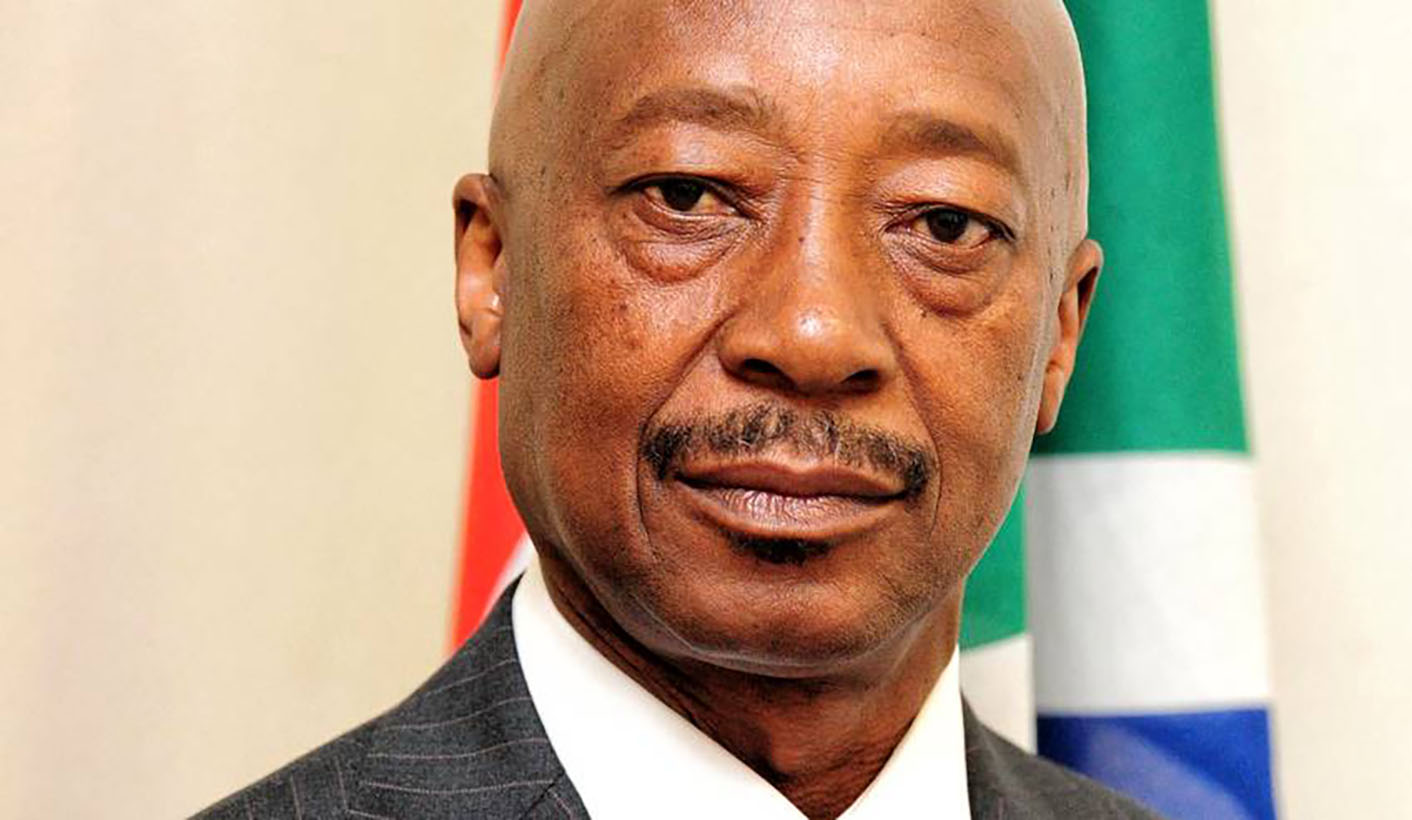 It is “simply not true” that the taxman has ever withheld refunds in an attempt to boost revenue collection, tax boss Tom Moyane told his colleagues this week in an internal staff letter. Scorpio checked: It is also “simply not true” that the Earth is rotating around the sun. What we are unsure of, however, is whether Moyane lives in a parallel universe or his own made-up world of fake news and half truths. By Pauli van Wyk for SCORPIO.

Tax Ombud Judge Bernard Ngoepe found “systemic” problems in SARS that allowed the taxman to unduly delay the payment of verified refunds to taxpayers, the Office of the Tax Ombud revealed in an investigative report published in September. The report was damning. The investigation came on the back of a sudden avalanche of public complaints, claiming that SARS has been grasping at every straw in order not to pay out tax refunds. Between November 2016 and March 2017, the Office of the Tax Ombud received about 500 complaints – a remarkable increase since the inception of the office in 2013. All the complaints since inception have been considered, the report notes.

“The system does not sufficiently protect taxpayers”, Ngoepe said in his report that found SARS in at least 10 instances, wanting.

Answering questions by the Tax Ombud, SARS maintained throughout the investigation that the reported problems affected only a small number of taxpayers.

Said SARS to the Tax Ombud: “Given the total universe of refund-related complaints compared to the total volume of refunds processed, the number of complaints represents less than 1% of the refunds SARS processed over the same period. Without explaining this broader context, and providing statistics that contextualise that delays occur within less than 1% of cases processed the overwhelming impression is that the findings apply to every refund processed by SARS, whereas this is far from the case.”

It all sounds fair, until one looks at the numbers and remembers that they represent real people and real businesses. So naturally, the Tax Ombud whose job it is to referee the relationship between the tax payer and the taxman was not impressed.

Ngoepe’s report pointed out the undue delay in the payment of tax refunds could be devastating and might lead to the closure of businesses thanks to a lack of cash flow.

“In any case, whereas the 630 credits from the sample given by SARS may indeed constitute less that 0.01% in terms of numbers, their monetary values is still a whopping R25.86 billion.”

And then Ngoepe cut to the chase. His report was published before Minister of Finance Malusi Gigaba revealed the R50-billion revenue deficit in his October mini-budget speech, but it is now more key than ever.

Said Ngoepe: “Therefore, the withholding of these refunds (claimed to be small and insignificant by SARS) may have a significant impact on the collected revenue, and a devastating negative impact on the finances of individual taxpayers in varying degrees.”

Another material issue in the report highlighted by SARS was the that “there was no evidence of, and no finding was therefore made, that SARS intentionally displayed of refunds as was alleged”.

But Ngoepe, a judge since 1995, cut the explanation down, saying “intention is a matter of inference from established facts… and (in some cases) the inference of intentional delay is irresistible”.

On October 30, Moyane reacted as if the tax refund investigation and the resultant slap-down existed in another universe.

In a long letter distributed to staff, Moyane notes the issue of tax refunds has once again been dragged to his doorstep by “the media”.

“We should all be concerned that the narrative alleges that we at SARS are withholding refunds in an effort to boost revenue collection. We should all know by now that this is simply not true,” Moyane wrote.

Scorpio has shown Moyane’s letter to five government officials in the government’s finance sector who were somehow involved in the tax refund investigation. Five flabbergasted reactions originated from dropped jaws.

“Is Moyane accusing the Tax Ombud of lying?,” one source asked.

Another remarked that Moyane “surely missed the flux of public complaints clogging his inbox”.

Moyane’s letter goes on to say that it is not in the interests of SARS to withhold tax refunds and that the majority of tax refunds are processed within 72 hours without an audit. “There is much to be proud of in terms of refunds paid. A comparative analysis shows that the payment of refunds has this year increased from last year (R8,3-billion, or 7% more in refunds were allegedly paid). We have been working around the clock to make sure people get their refunds on time.”

Moyane’s office has not answered questions about whether SARS is now rejecting the findings and report of the Office of the Tax Ombud. Moyane’s office also didn’t answer questions about his political head Malusi Gigaba’s apparent doubts and misgivings, other than to say Gigaba’s comments were noted. In an exclusive interview with City Press, Gigaba acknowledged the downturn in the economy as a reason for the R50-billion revenue deficit. Gigaba however, did not shy away from laying the problem squarely at SARS’ door – acknowledging bad management and a lack of crucial skills.

It is by now well reported that Moyane had lead a witch hunt after being appointed as commissioner in 2014 to get rid of the old guard. Moyane has always vociferously denied the accusations of a resultant skills gap.

But talking to City Press journalists Sipho Masondo and Setumo Stone last week, Gigaba gave Moyane no wiggling room: “Because of the under-performing economy, you have seen a large gap developing in tax compliance. But we would be disingenuous not to admit that there are tax administration challenges at SARS. We are discussing this, and a lack of skills in crucial places, with the commissioner.”

Gigaba’s office did not respond to questions.

The Office of the Tax Ombud is extremely worried, insiders told Scorpio. Questioned formally over whether Moyane’s letter constitutes a rejection of its findings, the Tax Ombud simply answered: “The question should be directed to Mr Moyane.”

Another question about how the office viewed Moyane’s letter was met with a curt line: “It would not be appropriate for this office to comment on communication between the commissioner and his staff.”

It is high time for Yunus Carrim, chair of parliament’s standing committee on finance, to haul Moyane before the committee to explain in exactly which twilight zone the SARS commissioner finds himself in and if it bears any resemblance to the universe taxpayers have been lurching through. SARS has a large gap of R50-billion to close and Moyane’s disembodied experiences are not helpful. DM