Op-Ed: Global developmental financial institution needs to be accountable on Lonmin and Sassa 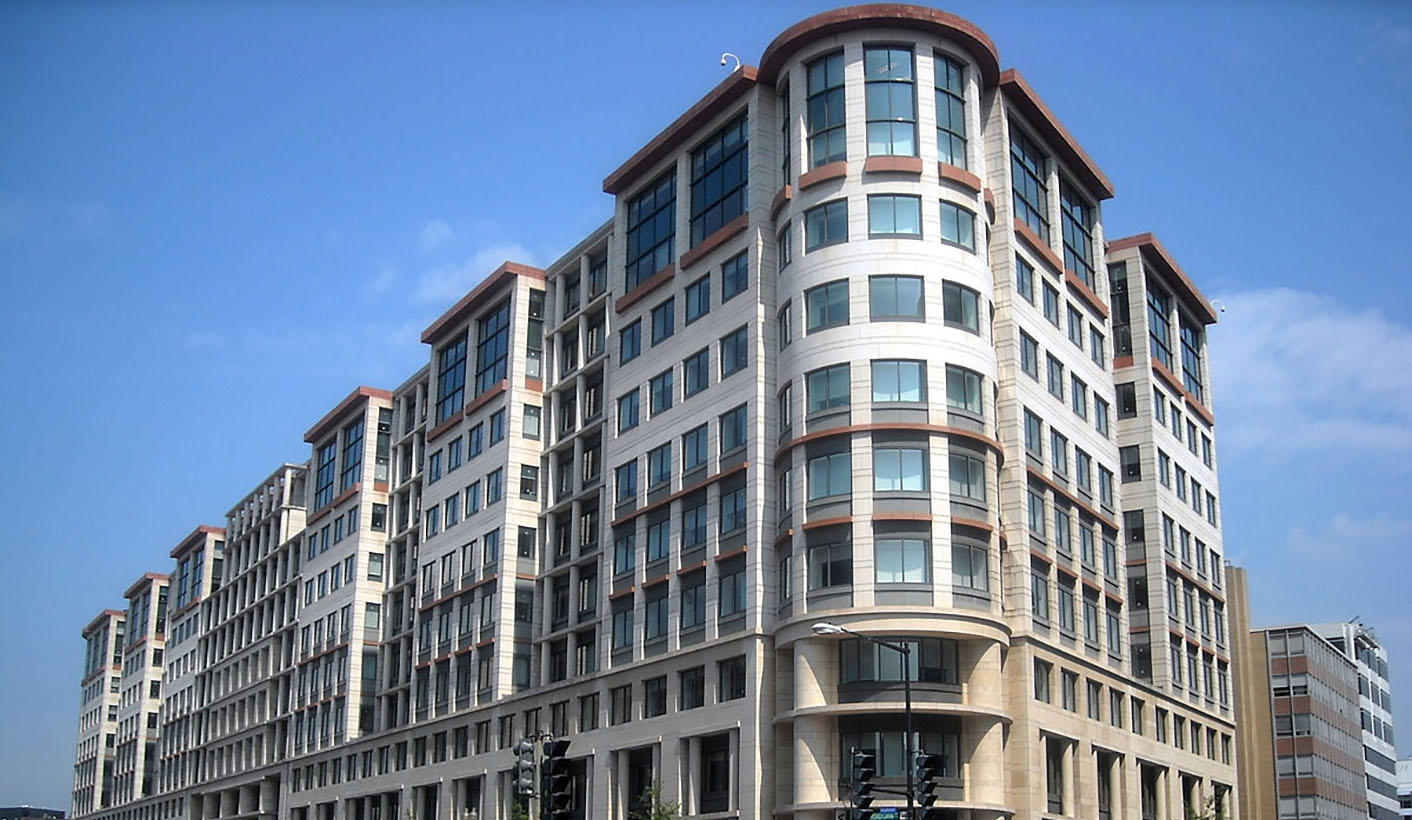 The International Finance Corporation (IFC) is the largest global development institution with an exclusive focus on the private sector in developing countries. It has not been held accountable for the violation of its own policy in a number of instances, including cases relating to high-profile issues in South Africa. By NOMONDE NYEMBE and PALESA MADI.

The IFC boasts that over the past five decades it has provided finance in excess of $25-billion in Sub-Saharan Africa alone. It goes without saying therefore that the IFC is a powerful financial player and as such has potential to significantly impact the lives of people all over the world, by simply performing its function: providing finance. It is often said that with power comes responsibility. However, responsibility is not bred through power but through accountability. Sadly, the IFC, an important and global financial and economic player operates neither responsibly nor accountably.

Accountability and responsibility can be achieved in a variety of ways; an obvious example is that citizens hold their governments accountable by using the right to vote. But, where there is an imbalance of power, repositories of power are held accountable through court processes. Independent and efficient court processes present an opportunity for the disempowered to at the very least air their grievances, be heard and at most hold those in power accountable through orders and judgments. This, however, is not the case for the IFC. As with many development finance institutions, the Articles of Agreement establishing the IFC, and signed by member states provides that:

“Actions may be brought against the Corporation only in a court of competent jurisdiction in the territories of a member in which the Corporation has an office, has appointed an agent for the purpose of accepting service of process, or has issued or guaranteed securities.”

Upon reading this provision, one might come to the conclusion that the IFC does not have immunity from court processes but instead places conditions on the manner in which such court processes may be conducted. That interpretation has not, however, been adopted by a US District Court in a case brought in relation to the Mundra plant in India.

The IFC provided a $450-million loan for the construction of the Tata Mundra plant in India. Following the IFC’s failure to take necessary reasonable steps to prevent harm in the affected community as is required in terms of its own policy (the Policy on Social and Environmental Sustainability and the Performance Standards) the plant project destroyed the local marine environment, fish populations and sources of water used for drinking and irrigation.

When the affected Indian community tried to sue the IFC in the United States, where the head office of IFC is based, the court declared that the IFC had immunity and therefore could not be sued. This is because the US had enacted a law which granted it the power to determine whether the IFC would have immunity, it did not make a determination to that effect however. Essentially, this decision means that if the IFC finances projects and as a result of the projects, there are social and environmental consequences, the IFC cannot be held legally accountable. What’s worse is that even if such social and environmental consequences occur as a result of the IFC not upholding its own policy, affected persons or communities cannot sue IFC, in the US. This position is worsened in South Africa because, unlike the US, our statute books do contain a provision that provides absolute immunity to the IFC and other financial institutions like it. So, without juridical court process, how would one go about holding the IFC accountable?

As it stands, the only possible manner in which to potentially hold the IFC accountable is through the Office of the Compliance Advisor/Ombudsman (CAO). The CAO is the independent recourse mechanism for projects supported by the IFC. The mandate of the CAO is to address the concerns of individuals or communities affected by IFC projects and to foster greater public accountability of the IFC. The IFC receives complaints from persons or communities that are affected by IFC funded projects. The CAO achieves its mandate though dispute resolution (with the relevant and willing stakeholders), compliance auditing and advice to the IFC. Sadly, even this means of accountability is lacking. Our experience evidences that an affected mine community in South Africa sought redress from the CAO, with very little success.

In June 2015, the women of Sikhala Sonke, an organisation based in Marikana, Rustenburg, lodged a complaint with the CAO concerning the IFC’s investment in Lonmin PLC, the platinum mining company. In 2007, the IFC made a $50-million investment in Lonmin which was earmarked for Lonmin’s Local Economic Development Programme. This funding was granted to ensure that Lonmin contributed to the development of nearby communities by providing infrastructure, basic services and poverty eradication programmes.

Having seen no positive changes to the living conditions of those living around Lonmin (as envisioned in the IFC loan and Performance Standards), Sikhala Sonke, with the assistance of the Centre for Applied Legal Studies, lodged a complaint with the CAO. The complaint highlighted concerns related to access to housing, water, and sanitation, and ensuring sound and effective environmental management, gender empowerment, education and black economic empowerment.

While Sikhala Sonke hopes that the CAO’s compliance process will ensure a full analysis of the reasons for the IFC and Lonmin’s failure to comply with the IFC’s policy and the IFC’s failure to ensure that Lonmin complied with its policy, seemingly this process yet again will yield no fruit. Sikhala Sonke has been waiting for the CAO’s compliance report since May 2017, having pulled out of the dispute resolution process in March 2017. Technically, the CAO has 45 days to publish a compliance appraisal; this period expired close to three months ago. Numerous engagements with the CAO, expose the fact that this delay in finalising the compliance appraisal. It is worth noting that the CAO also rejected a complaint triggered by its own CEO on the basis that “the nexus between the (IFC’s) E&S performance issues … and the tragic outcomes of the August 2012 dispute (the Marikana Massacre) is insufficiently established”. Further elaborative of the CAO’s inability to hold the IFC accountable is the complaint lodged on Net1.

In April 2016, the IFC invested $107-million in Net1 UEPS Technologies Inc. (Net1). Net1’s subsidiary, Cash Paymaster Services (Pty) Ltd (CPS) is the company that was awarded a tender by the South African Social Security Agency (SASSA) for the payment of social grants. The awarding of this tender to Net1’s subsidiary was declared unlawful and invalid and set aside by the Constitutional Court. It is on this basis that NGO’s Corruption Watch, Black Sash and Equal Education lodged a complaint with the CAO in an attempt to hold the IFC accountable for investing in Net1, despite knowing of Net1’s legal woes. The NGOs submitted that there was lack of due diligence on the part of the IFC in respect of the IFC’s policy. The CAO has considered the NGO’s complaint and instead of investigating it further, rejected the complaint. Steadfast as they are however, the NGOs intend to submit an amended complaint.

It goes without saying that development is important and that the work of the IFC can positively contribute to development of many countries. With that said, such development cannot be at the cost of people’s livelihoods and their environment; it should be instead be inclusive, people-focused and elected, sustainable. The IFC is well aware of this; hence its Policy on Social and Environmental Sustainability and the Performance Standards. The above examples illustrate a number of occasions where the IFC has not been held accountable for the violation of this policy.

Affected persons cannot sue the IFC and the only mechanism they can use — the CAO — takes very long periods of time to finalise its compliance reports, when it does choose to investigate the complaints. It’s imperative that the IFC and other development financial institutions, like it, adhere to the notion of development that is inclusive, people-focused and elected, sustainable. At the core of this development model is ensuring accountability either by means of the courts or an effective and efficient CAO. The time has come for the CAO to to actually hold the IFC accountable and the time has come for us to hold it accountable for failing to do so. DM

Nomonde Nyembe and Palesa Madi are attorneys at the Centre for Applied Legal Studies, based at Wits University