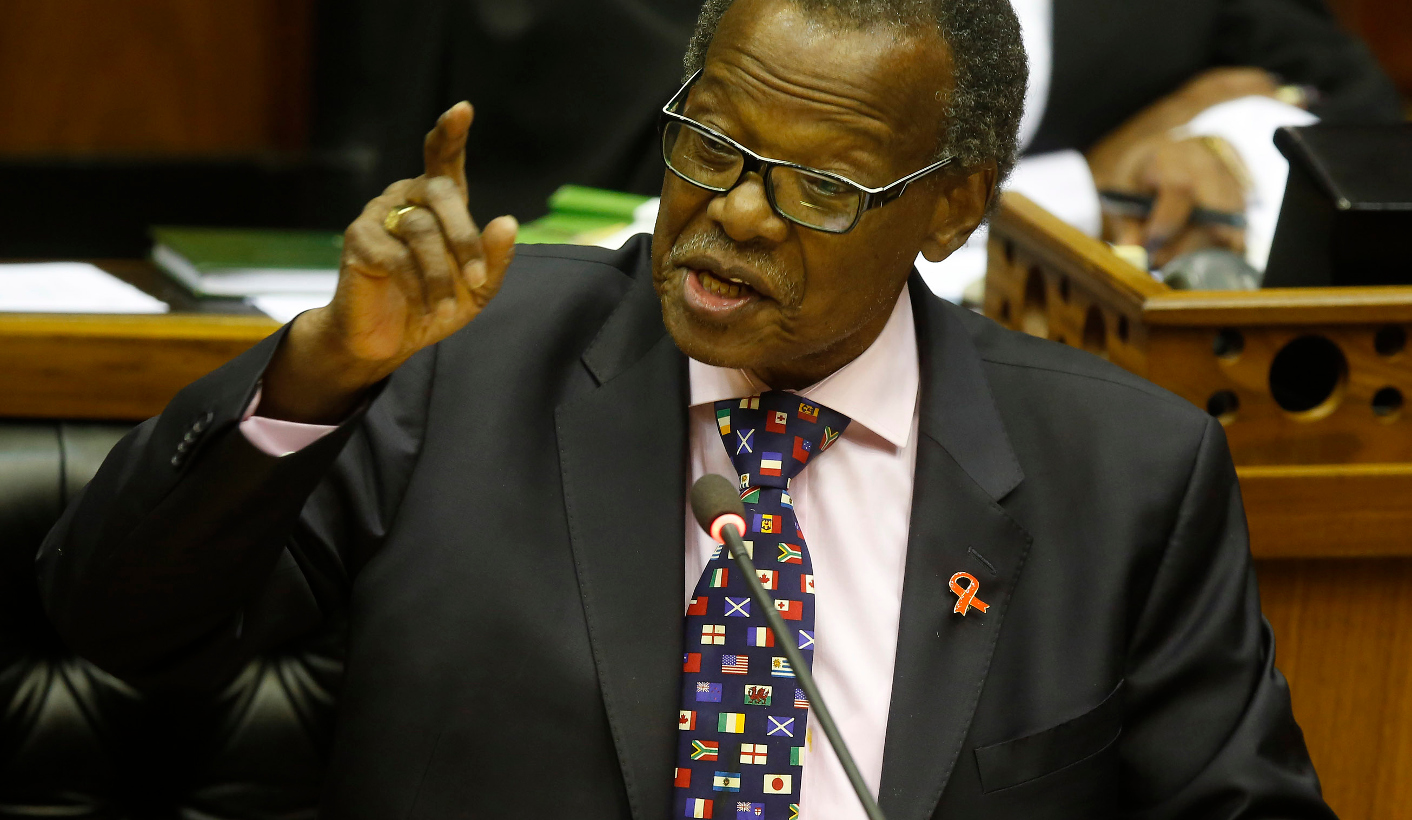 Several events over the last few days have been a reminder of both the power and the weakness of politics based on ethnic lines, of the type of politics that is about identity, and only identity. Over the weekend, the leader of the IFP, Mangosuthu Buthelezi, announced that he would stand down as head of the party – a position he has held since before the current leaders of the DA and the EFF were born. This has focused attention on the role of the IFP and the role that it could play in our politics. Then, on Monday morning, a protest arranged supposedly by members of the Afrikaans farming community, and AfriForum, dissolved into a fight about why some people believe that some lives are more important than others. By STEPHEN GROOTES.

The “Black Monday” protests on Monday appeared to be about a bid to reclaim the past, and to suggest that the lives of white farmers matter more than the lives of black farmworkers. Images of old South Africans flags – some taken on Monday, others dredged up from a protest back in 2010 – ignited social media, and served as a powerful reminder of how little some in this community have changed. It also suggests that many members of this community do not feel part of South Africa, and would be more comfortable in the South Africa of the 1980s. Reported renditions of Die Stem, of people holding each other while praying, and the general tone was of the kind of exclusionary racism of 1980s South Africa.

This appeared to confirm the views that many people in urban areas have of Afrikaans farming communities in the rural areas. While the racism underlying it cannot be condoned, it may also have been a sign of the stress this group feels it is under. When under intense stress people often go back to their core identities; the expressions we saw on Monday may be a result of this. The problem is that this core identity includes racism and that cannot be acceptable.

Meanwhile, the history of the IFP is all about Zulu nationalism. Until the 1980s, the IFP only allowed Zulu people to join, and then it continued to be based mainly in KwaZulu-Natal. It would always win some votes in Gauteng, mainly due to people from KZN who live there – famously the Nancefield Hostel in Soweto was an IFP stronghold during the violence of the early 1990s.

Since 1994 IFP has done very little to change this image, and held steadfast to the idea of its mainly Zulu identity. This is despite the fact that its parliamentary caucus does contain white and Indian people – a main difference with AfriForum: while the IFP has been able to pick up a tiny sliver of support from people of other identities, the FF+ have not.

One of the reasons that organisations like the IFP and AfriForum are so durable, and that their leaders have such longevity, is that they have a narrow interest to serve. It is much easier to win the support of a small group of people, and to keep it, than it is in a bigger, more diverse group of people. You don’t have to worry too much about factions (and in the case of the Freedom Front Plus, everyone seems related to each other anyway). Also, succession is easier to manage.

But a consequence of this is that these parties and their leaders have limited success. Just look at their election results. The IFP received just 2.4% of the vote in 2014, the FF+ 0.9%. That means, except for exceptional circumstances, involving the need for coalitions, or to break the tightest of ties, their voices mean, or achieve, almost nothing.

This also proves something else about our politics and identity. In a country where there are so many different shades of humanity, and where many leaders rely on identity politics, it shows that as a strategy it simply does not work. The two main parties, the ANC and the DA, are both incredibly broad coalitions. They include black people who speak different languages, white people who speak both English and Afrikaans, coloured people from different parts of the country, and Indian people. Anyone who has sat through the opening prayers/thoughts/meditations of an ANC conference can attest to how many different people are represented in that party.

In other words, this shows that to have any political power at all, you have to almost move away from where you are from – your racial, language and cultural identity simply will not help you gain broad support at all.

This also bolsters another theory about our politics – other dynamics, such as class and the urban/rural divide, are becoming more important. This also suggests that if the route to political power in South Africa lies through creating broad and diverse coalitions, it would make it very difficult for any party to come to power through excluding any group. In other words, if the ANC were to become seen as an “anti-white party”, that could be the start of a journey that ends with it splitting along language lines.

Interestingly, despite some of the rhetoric that we have seen from some people aligned to the ANC at the moment, it is clear that many senior leaders are well aware of this fact. The recent meeting of the ANC/Cosatu/SACP alliance saw a statement being issued that “reconfirms our commitment to non-racialism being a pillar of our movement”, and a promise to embark on campaigns to “promote non-racialism throughout alliance structures and broader society”. This suggests that some people in the movement are worried that there could be a start to moving away from non-racialism, and they realise how dangerous it could be to the long-term prospects of the ANC and the alliance as a whole.

It is often claimed that South Africans are divided by race, language and culture, and that these divisions cannot be overcome. And it is often forgotten that there are many political leaders who actually succeed through division; the more they can divide people, the stronger they are. Donald Trump is the perfect example of this, Zuma has played this game too from time to time, and anyone who claims that black people would be traitors for thinking of voting for someone other than the ANC is also engaging in this. They are also trying to claim that all black people “must” think along the same lines, but JJ Tabane has already written the best possible response to this line of thought. But it is a fact worth celebrating that the gains that are won through this tactic appear to be limited. Which means that the things that bind us together, the commonalities brought by living together in urban areas, and class similarities, are becoming more important, and that in fact we may be less divided than we sometimes look. And that is always worth remembering. DM

Photo: Leader of the IFP Mangosutho Buthelezi speaks prior to a motion of no confidence vote against South African President Jacob Zuma in a sitting of Parliament in Cape Town, South Africa 08 August 2017. EPA/Mark Wessels / POOL