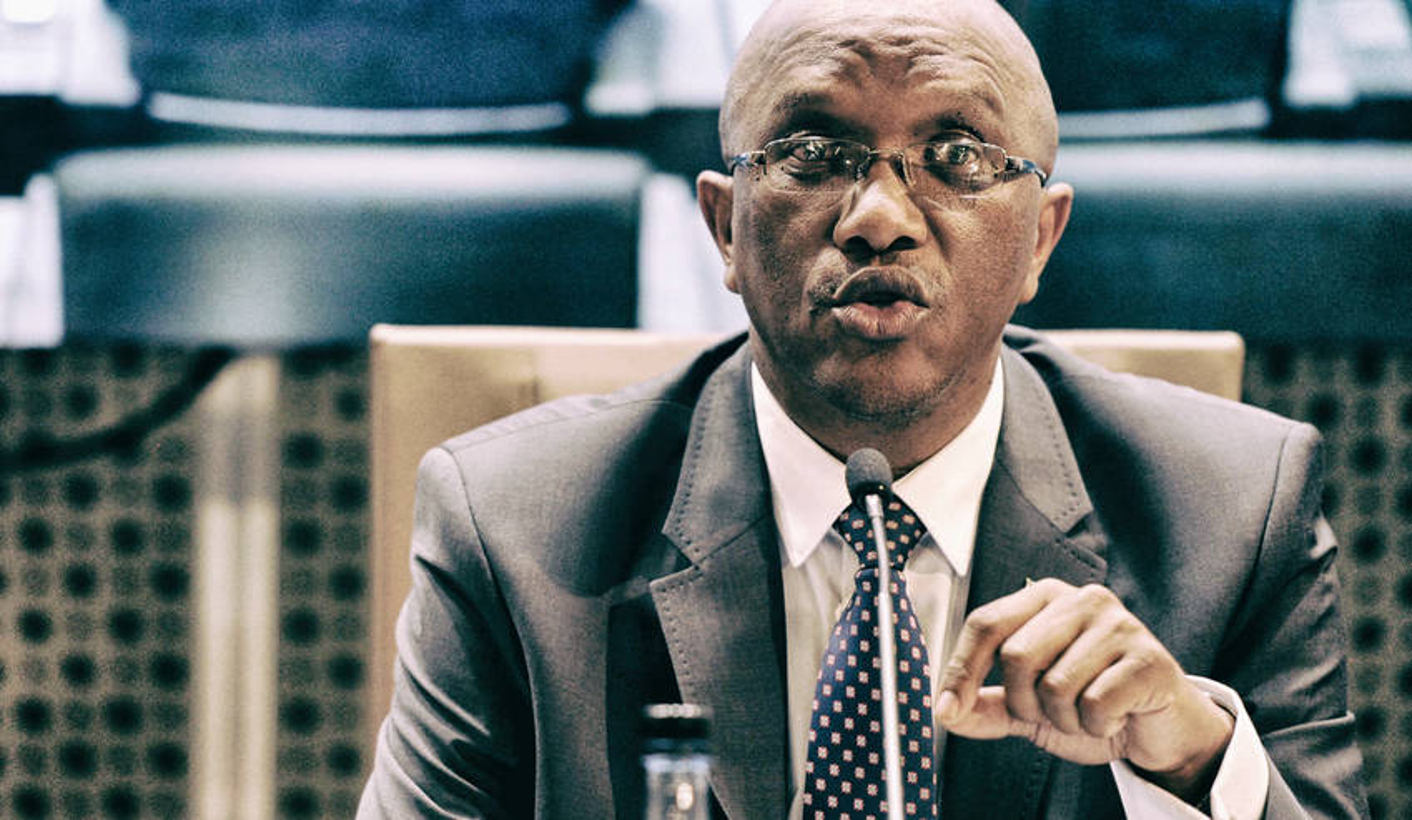 The financial health of State-owned Entities (SoEs) regressed in the 2016/17 financial year, “most often as a result of inadequate controls, monitoring and oversight”, according to the Consolidated Report on National and Provincial Audit Outcomes released on Wednesday. Six of the 25 SoEs audited by the constitutionally established Office of the Auditor-General failed to submit annual financial statements as required by law. “The outcomes are likely to be even worse once the outstanding audit results are included,” said the report, which shows how SoEs that are meant to deliver services and infrastructure instead pose risk. By MARIANNE MERTEN.

The SABC regressed to an adverse audit opinion as it could not show it was a going concern and was “commercially insolvent” by financial year-end on 31 March 2017. PetroSA and Land Bank Insurance lost their clean audits due to “material non-compliance with legislation”. The South African Forestry Company Limited (Safcol) regressed to a qualified audit for not disclosing all irregular expenditure. Broadband Infraco, active in the telecommunications sector, lost its clean audit, as did Air Traffic Navigation Services.

Of the 19 audited State-owned Entities (SoEs), five received clean audits, or unqualified with no findings, while five received qualified or adverse opinions. Others received unqualified audits with findings that must be addressed.

Not included was SAA, the national airline, which has not filed its annual financial statements – it needed a R5.2-billion bailout from taxpayers’ monies to ensure it could remain a going concern. Financial and other woes also meant SA Express did not file its financials by the statutory 30 September deadline. The Independent Development Trust also has not filed its financials, and is thus not part of the Auditor-General’s report.

It’s grim reading. And the report comes amid increased levels of contestation of the Auditor-General’s findings and opinions. It’s a result of a toxic mix of fiscal constraint – the dire financial straits of the national purse were candidly outlined in Finance Minister Malusi Gigaba’s recent Medium-Term Budget Policy Statement (MTBPS) – and pressure to find money to deliver for a better life amid political brinkmanship not only in the factionalised governing ANC, but across the body politic.

Long-established government policy and priority has SoEs as the backbone for development and for the realisation of the state’s socio-economic priorities. Instead many SoEs are in governance turbulence and mired by financial mismanagement scandals as SoE irregular expenditure almost doubled over the past three years to R2.884-billion in the 2016/17 financial year. That is double the R1.439-billion irregular expenditure incurred just a year earlier.

“Although supply chain management policies were in place (at SoEs), we found that officials were not familiar with the policies and the procurement processes they should follow, and in some cases circumvented the processes. We could also not always find evidence for the decisions made to award contracts to certain suppliers,” said the report. The Auditor-General, Kimi Makwetu later put it a little differently: “You have the documents when you go to Parliament to ask for money, but you don’t have the documents for the auditor (to account for spending).”

The SABC in the 2016/17 financial year clocked up irregular expenditure of R687-million, most of which due to not following competitive bidding or quotation processes. The South African Post Office incurred R719-million in irregular expenditure due to violations of procurement processes and not following competitive bidding. The biggest irregular spender at R1.169-billion was the Airports Company of South Africa (Acsa) which, however, maintained its unqualified audit together with the Nuclear Energy Corporation of SA (Necsa) and most of the Central Energy Fund group, “only because they corrected all the misstatements we had identified in the audit”, according to the report.

This irregular SoE expenditure is not unconnected to rapidly rising irregular expenditure across national and provincial government departments and public entities. It rose by a third from R29.4-billion in the 2015/16 financial year to R45.5-billion the next year. And it could further balloon to as much as R60-billion once the Passenger Rail Authority of South Africa (Prasa) finalises its annual financial statements. Amid the financial and governance headwinds that have left Prasa without a board for most of the past financial year, the audit could not be finalised. This may change given last month’s Cabinet appointment of an interim board.

The 2016/17 Consolidated Report on National and Provincial Audit Outcomes identified Eskom, Transnet and Denel as “significant risk SoEs” – these emerged as central to State Capture – noting irregular expenditure of just over R4-billion at Eskom, R923-million at Transnet and R146-million at Denel.

Although the Auditor-General is only advised of the audit done by private sector auditors at Eskom, Transnet or Denel, the report said the power utility had received a qualified audit opinion because “all irregular expenditure incurred was not disclosed” and there were serious findings for (non)compliance with procurement, while “the audit opinion of Denel has not been finalised”.

What the report did not say, but what emerged when the Auditor-General recently briefed Parliament’s finance committee, was that Denel’s financial statements were “technically incorrect”. Denel has disputed this: a public statement on 4 October said the board had adopted the annual financial statements with an instruction that the disagreement with its private auditors over irregular expenditure must be resolved. The Water and Sanitation Department is also contesting its qualified audit opinion given largely due to irregular expenditure and lack of financial management controls.

Makwetu recently told Parliament of this, and did so again on Wednesday in unfailingly polite and courteous language that might easily hide worries. “There’s no environment that we audit that can be regarded as immune from the political environment,” he said. But the concern is there: “No, it’s definitely not okay to intimidate.”

Engagement as part of the audit process was one thing, said Makwetu, but “there’s another extreme by some who want a particular audit outcome regardless of what you say”. And he pointed out that “over the past couple of years there has been a growing trend of incentives being written into performance contacts of executives (for a clean audit). When that dream escapes them, they contest.”

Makwetu described extreme contestation as “push back” by those, who may be surprised at the depth and spread of the audit. It’s not unheard of that Auditor-General staff actually go out to see the asset that the rands and cents on departmental or entities’ books claim was acquired. That’s part of the qualitative aspect of the audit, important because public funds are involved. And also the circumstances – the rands have been spent, but no asset can be found – that give rise to intimidation as emerged in at least one debriefing session.

There are other reasons, including political leadership, not only for the rising levels of contestation, but the continuation of what the Auditor-General has now pointed out for the umpteenth year – lack of financial controls, non-compliance with legislation and prescripts and inadequate consequences for poor performance and transgressions.

On Wednesday there appeared a certain measure of frustration not only about repeat audit offenders, but also lack of action over repeatedly identified root causes.

Now the Auditor-General wants a stick to back up the carrot that is being ignored. And so there’s engagement with Parliament for legislated powers to refer those with repeated undesirable audit outcomes to investigative agencies. The aim? To “systematically address the growing trend of irregular expenditure” so those officials who think they can get away with it would think twice, explained Makwetu.

Initial feedback from these engagements for a legislative amendment were positive, the Auditor-General indicated. Time will tell. DM